Donald Trump’s Triumphant Return to Twitter? Elon Musk Could Be Asking for Trouble by Bringing Trump Back

Twitter has been a relatively peaceful place since the lifetime ban of former President Donald Trump. Relatively – because Twitter 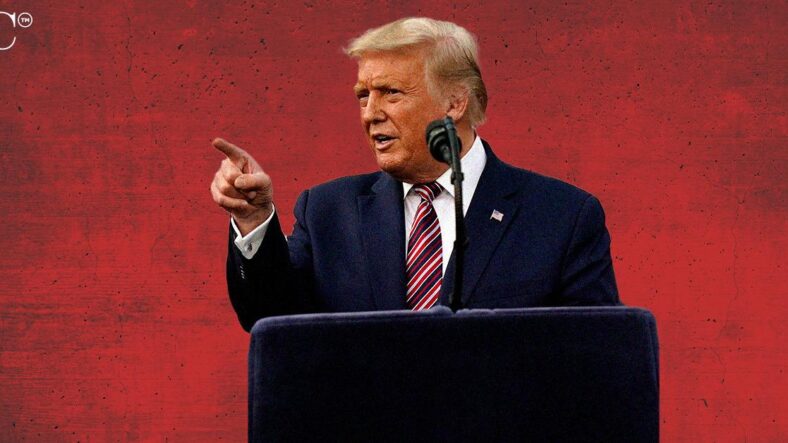 Twitter has been a relatively peaceful place since the lifetime ban of former President Donald Trump.

Relatively – because Twitter is never really peaceful. But political stirrings and public vitriol has slowed to a gentle boil instead of a raging volcano. However, the temporary tranquility may soon be coming to an end.

Tesla and SpaceX founder Elon Musk has said in the past that if he owned Twitter, he would rescind Trump's lifetime ban and allow the FPOTUS back on the platform. Now, it looks like Musk may be in a position to do exactly that – and it could hit him in the pocketbook.

See: 'I Want My Documents Back!' Donald Trump Lashes Out on Truth Social by Throwing Republicans Under the Bus

Buying Twitter is an accelerant to creating X, the everything app

It's been a bitter back-and-forth between Musk and Twitter as they battle over his original offer to buy the social media giant for $44B. Musk tried to walk back his offer and the two camps were poised for a complicated and high-stakes court battle which would have kicked off this week with a deposition by the billionaire.

At the 11th hour, Musk sent word to Twitter that he would agree to buy Twitter for the original purchase terms of $44B, and Twitter's board seems amenable to it, so the sale will likely proceed.

That means that Musk will have a chance to literally put his money where his mouth is, and rescind Trump's ban soon. But should he?

The one thing that may slow his roll is advertising. Advertisers know that their brand will suffer if it appears along content that is too controversial or too offensive – two things Trump excels at posting.

So if Trump is allowed back, Twitter will need to come up with a system that protects advertisers from having their content plastered alongside content they consider not brand friendly.

Yahoo! Finance explains; "'It’s a much bigger problem to solve,' Rohit Kulkarni, senior analyst at MKM Partners, said on Yahoo Finance Live (video above) about content moderation at Twitter. 'Even Facebook and even larger companies have not been able to solve it in a more convincing manner.'

Kulkarni explained that if Musk wanted to keep advertisers on the platform, he would have to install guardrails to protect brands from appearing alongside controversial content.

'There would need to be a mechanism for advertisers to be able to choose where their ads are being shown and in a way the [advertisers] feel to be next to content they view as brand-safe,' the analyst stated."

Trump himself has suggested that he would not return to Twitter, and would rather stick it out with his own ailing platform Truth Social.

But investors clearly believe he will return to Twitter, as stocks for the companies running Truth have dropped considerably in the wake of news that Musk will likely be signing on the dotted line to purchase Twitter.

It's a frustrating move for Trump, who has been struggling to get his platform up and running with lackluster investors and a battle with several major app stores over whether or not the social media company has adequate moderation.

Unfortunately for Trump, that ability relies on every lawsuit and criminal investigation currently against him fizzling to nothing – a bet few gamblers would take.