2022 promises to be a huge year for Facebook. In late 2021, founder and CEO Mark Zuckerberg announced that they

2022 promises to be a huge year for Facebook. In late 2021, founder and CEO Mark Zuckerberg announced that they were changing the name of Facebook’s parent company from Facebook to Meta. This move was an effort to expand the company’s reach beyond its original social media platform and to focus on where Zuckerberg sees the future headed: the Metaverse. And now, that company is making big moves in a Southern state that is quickly becoming the new Silicon Valley. 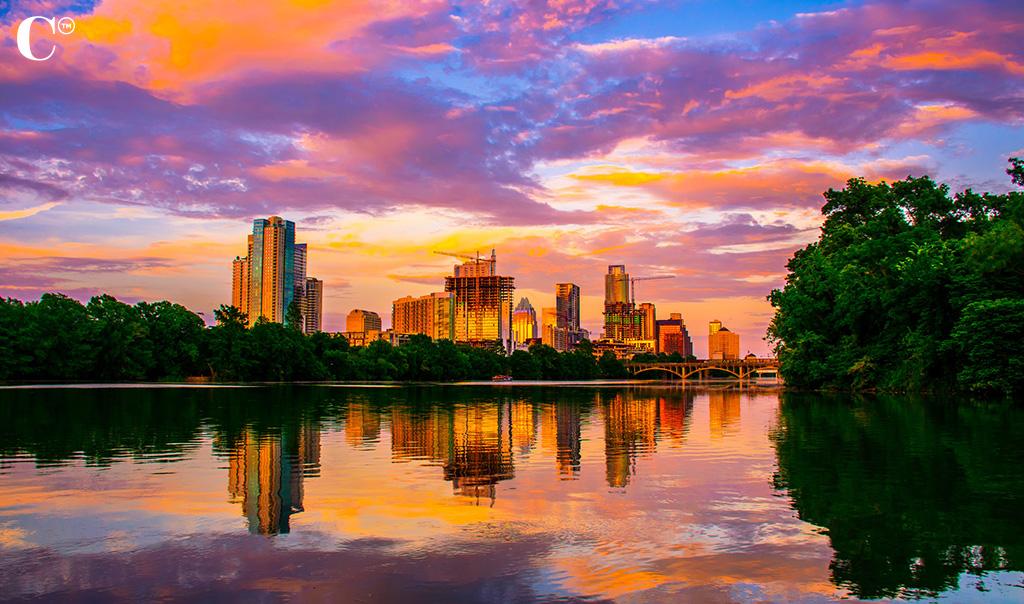 When you think of tech companies and where they gather, the first place that comes to mind must be Silicon Valley. California is a high-tax state that nonetheless invites some of the brightest minds from around the world, and it’s a natural place for tech companies to plant roots and start growing. In the past few years, however, the exorbitant tax rates in California have some companies seeking a future elsewhere, and they may have found it in an unlikely place: Austin, Texas.

Meta recently made news for signing the second-biggest lease ever in downtown Austin. The largest lease belongs to Google as Silicon Valley companies begin claiming Austin as their new home bases. Meta is claiming 33 floors in the new skyscraper known as Sixth and Guadalupe, which will stand 840 feet tall when complete in 2023. The lease will include nearly 600K square feet of the new building as Meta expands their Austin offices, claiming all of the commercial space the building has to offer.

Business Insider writes, “Katherine Shappley, head of Meta’s Austin office and vice president for commerce customer success, told Austin Business Journal: ‘We first came to Austin over 10 years ago with just seven employees, now over 2,000 of us are proud to call Austin home. We’re committed to Austin and look forward to growing here together.’”

The new Meta offices are seeking 400 new employees and will have room for more in time. For now, Meta employees are mostly working remotely but are expected to return to their offices on January 31st.

As Meta begins expanding and moving in new directions, including growing into the virtual and augmented reality world of the Metaverse, it’s impressive to look back and see how it got where it is today.

It all started in 2003, when a sophomore at Harvard University named Mark Zuckerberg launched a website from his dorm room that he called Facemash. Zuckerberg hacked into the university’s student database and used student pictures to create a “hot or not” game, but of course the university shut it down. In 2004, Zuckeberg tried again, this time launching a social media concept called Facebook. In the beginning only students from Harvard could access it, but eventually Zuckerberg expanded it to students of other nearby Ivy League universities. Soon it was spreading to other colleges and universities, but to sign up you had to have a university email. Many people who signed up for the original Facebook with their college emails still use those login credentials even though the emails are long since deactivated.

In mid-2004, Zuckerberg moved to Palo Alto, California and worked out of a rental house with Napster founder Sean Parker. Paypal co-founder Peter Thiel invests $500K in the start-up Facebook and begins making noise for other investors to pay attention. Just before the end of 2004, Facebook announced that they had hit the milestone of 1 million active users and growth continued to accelerate.

In late 2005, high school students could use their emails to sign up for the site as well. At this point it was fairly basic, including a “Wall” on which to share your thoughts, private messaging, and annoying features like poking. Groups and pages were still being worked out. In 2006, Yahoo tried to buy Facebook for $1B, but Zuckerberg famously turned them down – a decision that would later turn out to be an extraordinarily wise one. Also in 2006, the News Feed feature would be introduced, and people were outraged over privacy concerns – perhaps a sign of the troubles to come for the rapidly growing company. In September of ’06, minimum user age was lowered to 13.

In 2007, Microsoft purchased a 1.6% share $240 million, valuing the company at $15 billion. That same year, Facebook launched a new ad program that saw immediate backlash because of concerns over the way user data was being protected – or not. In 2009, the “like” feature was added.

In 2010, protests in Tunisia launched what’s known now as the Arab Spring – a youth revolution across the Middle East. Much of the organizing was done on Facebook, and it’s recognized as a tool for political organization and social change.

In 2011, the Timeline arrives to Facebook accounts and people find it irritating, often recycling old posts and leaving them with little control over what they view. The following year in 2012, Facebook purchased Instagram for $1 billion. It was a preemptive attempt to head off what was sure to be Facebook’s greatest competitor and would turn out to be another very shrewd investment. That same year, Facebook raised $16 billion in their public offering. Also in 2012, Facebook crossed the threshold of 1 billion users.

In 2014 again in an attempt to head off a competitor, Facebook buys WhatsApp for $22 billion as well as virtual reality platform Oculus. In 2016 Facebook is at the center of political turmoil as people on both sides of the aisle accuse the company of doing too much – or not enough. The platform begins incorporating more video content from sponsored partners. The following year, Facebook users top 2 billion.

In 2018, Cambridge Analytica – a firm that worked on former president Donald Trump’s election campaign – was revealed to have accessed the data of 87 million users and Zuckerberg has to testify in front of Congress about his company’s commitment to data protection. As time goes by, even more privacy concerns are revealed.

However, Facebook vows to fix the problem and hires tens of thousands of specialists to work on data protection and make people feel more confident in their use of the platform. Over the next few years, Facebook would continue to grow at a steady rate. The pandemic forced the company to incorporate more automated moderation which has seen users disgruntled and complaining – but they don’t seem to be annoyed enough to stop using the platform.

Since the parent company has become Meta, it’s clear that they already have their eyes set on the new frontier: virtual reality in the Metaverse. By expanding their presence in Austin, Meta is signaling that the company may be making some big changes and taking some big chances in the not-too-distant future.

Tesla Does the Texas Shuffle 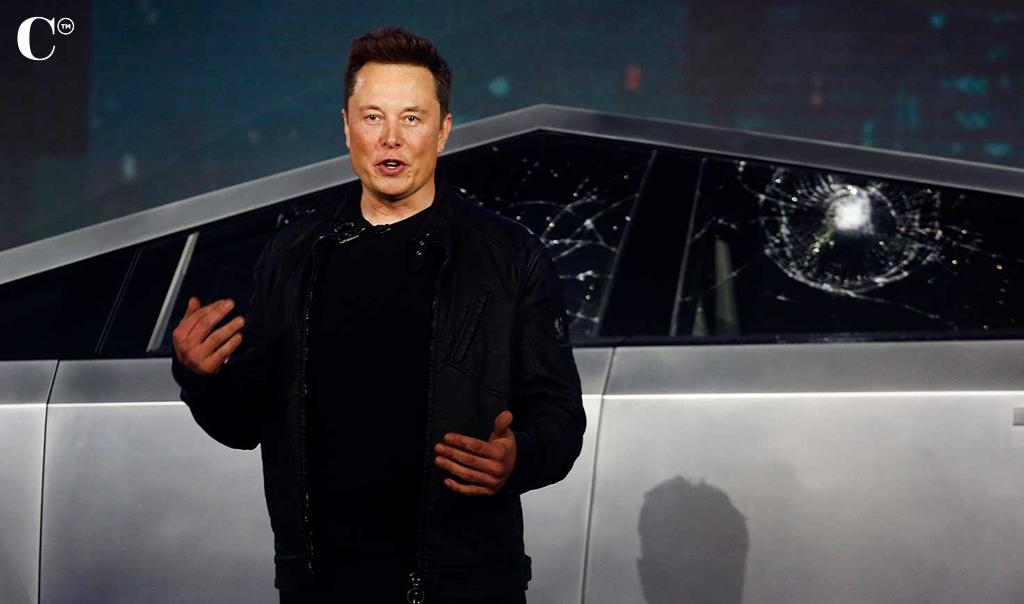 Meta is not alone in finding Austin a haven for tech companies. Google has been expanding their resources in Austin, and in late 2021, Elon Musk’s tech giant Tesla announced that the headquarters had moved from Silicon Valley to Austin. NY Post reports, “‘On December 1, 2021, Tesla, Inc. relocated its corporate headquarters to Gigafactory Texas at 13101 Harold Green Road, Austin, Texas 78725,’ the filing says.

Musk first announced the plans to move the company to Texas in October, adding the caveat that Tesla will continue ‘to expand our activities in California, so this is not a matter of, sort of, Tesla leaving California.’”

Like many tech companies, Musk cited the extraordinarily high cost of living in California and high tax rate as reason to begin expanding more elsewhere. Although Musk and others may claim they aren’t leaving their roots in Silicon Valley behind, Austin and other cities are quickly becoming the companies’ homes away from home.