Don’t Worry Darling, Here’s a Recap of the Off-Screen Drama Now that the Film is in Theaters

The movie, "Don't Worry Darling," is based off a story written by the grandchildren of acting legend Dick Van Dyke. 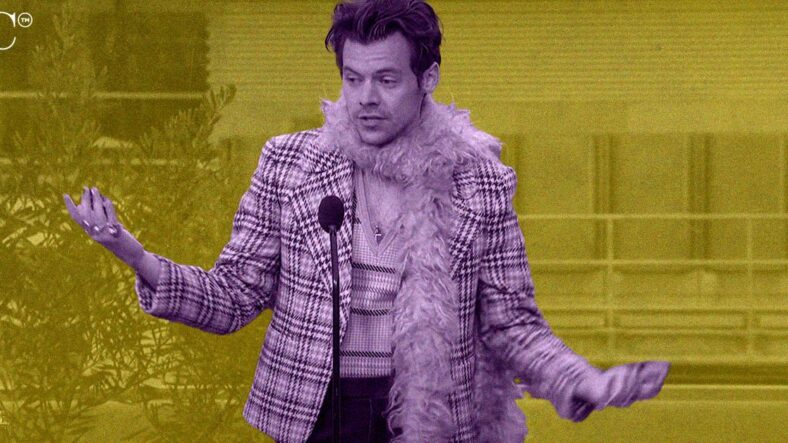 The movie, "Don't Worry Darling," is based off a story written by the grandchildren of acting legend Dick Van Dyke.

Carey and Shane Van Dyke, grandchildren of the 96 year old Hollywood legend, originally wrote and decided to share the story of something that soon become named "Don’t Worry Darling" just a little bit under a few years ago.

The movie hit theaters this past weekend amid much critical acclaim.

Leading up to the movie's release, there was ample drama off-screen – and here's a recap of what all went down.

Don’t Worry Darling, There’s Just So Much Drama to be Had, and it All Started with Olivia Wilde

The story behind "Don't Worry Darling" ended up being on the 2019 Black List, which is an annual rundown of amazing screenplays that are still searching for producers. Olivia Wilde, who then brought in Katie Silverman who is currently a writer on Booksmart, to help them all build their ideas to other extents. During a CinemaCon appearance back in April, Wilde noted that the finished product has shades of "Inception," "The Matrix," and "The Truman Show" to it.

Wilde then had described that it was "The Feminine Mystique" on Acid. She then said that the focus of the film was to ask, “What are you willing to sacrifice in order to do what’s right? If you really think about it, are you willing to blow up the system that serves you?”

Wilde had shared that the inspiration came from a conversation with activist lawyer and feminist Gloria Steinem, with whom she consulted on how to handle the results of Donald Trump winning the presidency in 2016. Wilde says Steinem told her not to pay taxes.

Wilde said, “I said, ‘What?’ I own property. I have kids. I don’t think I can do that.” Then, it came upon her that “this is why nothing will change. That was the beginning of Don’t Worry Darling. I was like, who’s that person who’s actually willing to destroy the structure that is built entirely for their comfort? That’s a selflessness on a level that I admire but admit is far from the way I live my life.”

Wilde was originally going to play the lead in her movie, but ended up tapping Florence Pugh instead.

Throughout this all, Wilde has also said that this specific film brings back good sex to films in general. According to Vogue Magazine, In the same interview, Wilde explained that psychosexual Adrian Lyne films like "Fatal Attraction" and "Indecent Proposal" were a big inspiration, as they’re “really sexy, in a grown-up way… I kept saying, ‘Why isn’t there any good sex in film anymore?"

Writer Alexandra Schwartz added that one scene featuring “a hardworking Styles and a most ​gratified Pugh, is going to generate some serious attention—and, if the devotion of Styles’s fan base is any indication, hysteria.”

Controversial actor Shia LeBeouf was first tapped to take Styles' role, but Styles was picked to replace him at the literal last minute. "Little known fact: most male actors don’t want to play supporting roles in female-led films. The industry has raised them to believe it lessens their power (ie financial value) to accept these roles, which is one of the reasons it’s so hard to get financing for movies focusing on female stories. No joke, it is hard to find actors who recognize why it might be worth it to allow for a woman to hold the spotlight. Enter: [Harry Styles], our Jack. Not only did he relish the opportunity to allow for the brilliant [Florence Pugh] to hold centre stage as our Alice, but he infused every scene with a nuanced sense of humanity. He didn’t have to join our circus, but he jumped on board with humility and grace, and blew us away every day with his talent, warmth and ability to drive backwards."

Wilde says she fired LeBeouf from the film, but Shia says he quit – releasing texts and vids that seem to back up his side of the story.

Things got tense between Wilde and Pugh after the controversy broke, with speculation reaching its height after Pugh walked the red carpet for the film at the Venice Film Festival, but declined to give interviews and kept her distance from her co-stars.

Vogue adds, "Also worthy of note? The drama that erupted after a video circulated of Harry Styles and Chris Pine at the premiere of Don’t Worry Darling in which some claimed the former was seen spitting on the latter’s lap. A representative for Pine soon denied that this had occurred, but that didn’t stop some fans from suggesting that the two actors were also at odds, having taken opposite sides in the reported feud between Wilde and Pugh. Since then, reviews for the film have been mixed, but the off-screen drama has fueled an unprecedented level of interest, with Don’t Worry Darling now looking likely to significantly exceed expectations at the box office. In the end, perhaps there is no such thing as bad publicity."

From disagreements over firing/quitting to spit-gate, upstaging and more – it's almost a miracle that "Don't Worry Darling" made it to the box office, but now that it's here, it's ready to smash records.