After nearly four years together, Dove Cameron has confirmed that she and her boyfriend, Thomas Doherty, have decided to go 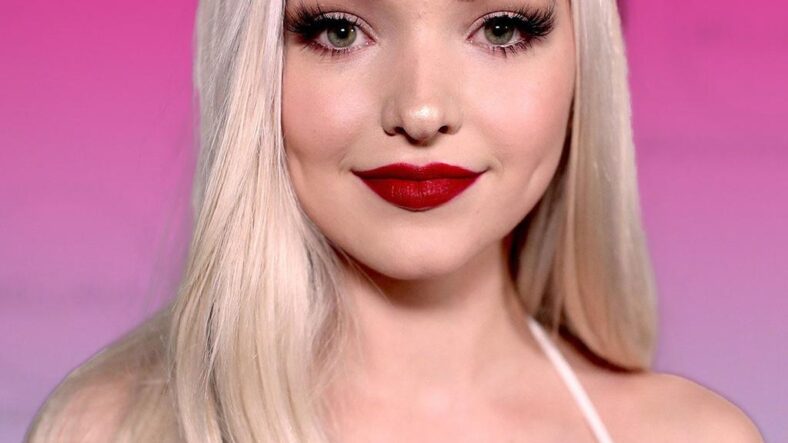 After nearly four years together, Dove Cameron has confirmed that she and her boyfriend, Thomas Doherty, have decided to go their separate ways.

“Hi all. We know there have been some rumors and confusion lately about the status of our relationship and we wanted to set the record straight,” the former Disney star wrote on her Instagram Stories. “In October, Thomas and I decided to part ways. The decision was incredibly difficult, but we still have love for each other, and will remain friends. Thank you for allowing us our privacy in this time.”

As fans know, the two stars met and fell for each other on set of Descendants 2, and have been total couple goals ever since. But wait, why did they even split? What do else we know about their relationship? And who else has Cameron dated? Not to worry, you guys, because we broke down her entire love life from start to finish for you — including her past boyfriends, recent breakup and everything in between. Here’s what you need to know… 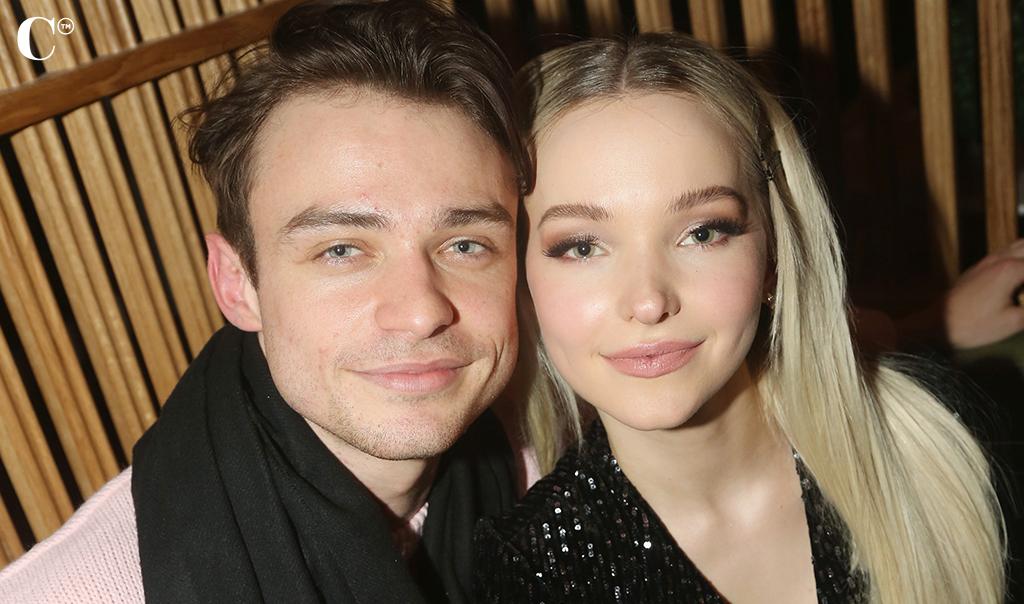 The former couple started dating in 2016. And in 2019, Cameron got real about her first impression of Doherty to Seventeen Magazine, and boy, was it adorable.

“I just thought he was, you know, kind of a playboy. I was like, ‘He’s way to mischievous and charismatic and good-looking to — this sounds awful, but to be good to me,’” she explained. “I never saw it ending well. I was like, ‘I’m going to steer clear of you, and avoid the biggest mistake of my life.’ And he tried to get me to pay attention to him by challenging me to a stare-off, not about who could blink first, but about who would look away first — who could withstand the eye contact. And we both like went through a range of emotions together. Like we’d be really happy and then really sad, and then we’d both start laughing at the same time. And then we both started crying, and he said to me — I’ll never forget it. We had barely met, and he was like, ‘I think I just fell in love with you.’”

The blonde beauty even admitted that it felt like love at first sight. She continued, “My relationship with Thomas has been different than anything I’ve ever experienced with another human right from the very start. I know this is cheesy, but honestly, right from the moment we met, it felt like the earth moved, for both of us. He told me he loved me within a week of meeting me, and has never taken a step back from that statement. He’s a pure soul. A well-intended, completely innocent source of care and generosity, humility and never-ending patience. I’ve never experienced an equality like we have, a real admission of who and what we are together and the guttural knowing that this is right. Thomas has been my rock. Every thought or feeling I have, no matter how strange or dark or heavy, he is a safe space for me, a never ending well of patience and generosity. He is my world.”

The Descendants alum also previously told Entertainment Tonight that she thought Doherty was “the one.”

“I go back and forth on whether [getting married] is a thing that I even want to do,” she explained to the outlet. “But I think, if I’m going to marry anyone, it’s going to be him.”

So Why Did They Break Up? 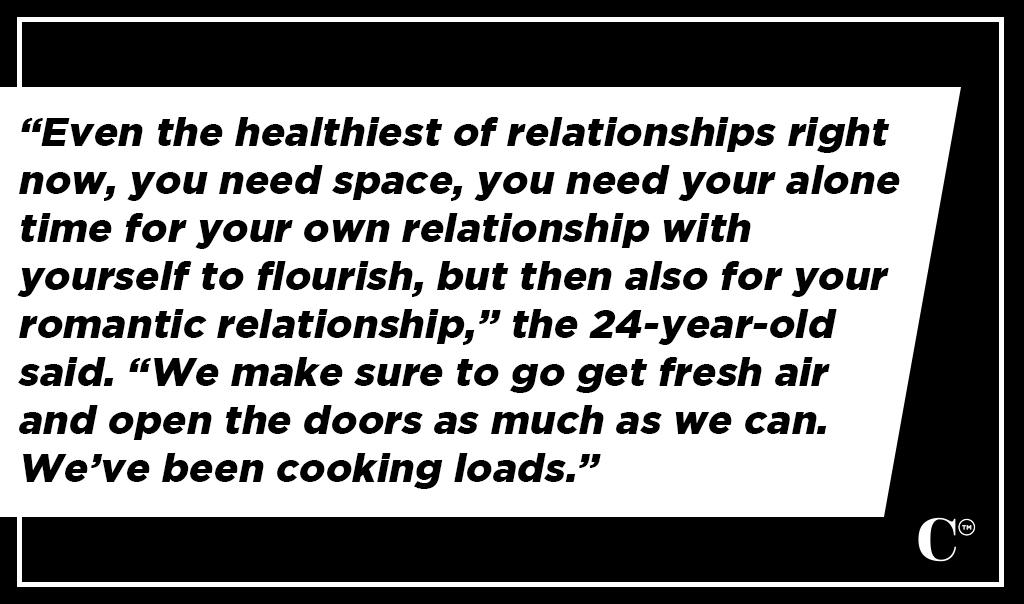 Back in April 2020, Cameron told People Magazine that she and Doherty had moved in together. But she admitted that spending so much time together amid the coronavirus pandemic wasn’t easy.

“Even the healthiest of relationships right now, you need space, you need your alone time for your own relationship with yourself to flourish, but then also for your romantic relationship,” the 24-year-old said. “We make sure to go get fresh air and open the doors as much as we can. We’ve been cooking loads.”

Who Did Dove Cameron Date Before Thomas Doherty? 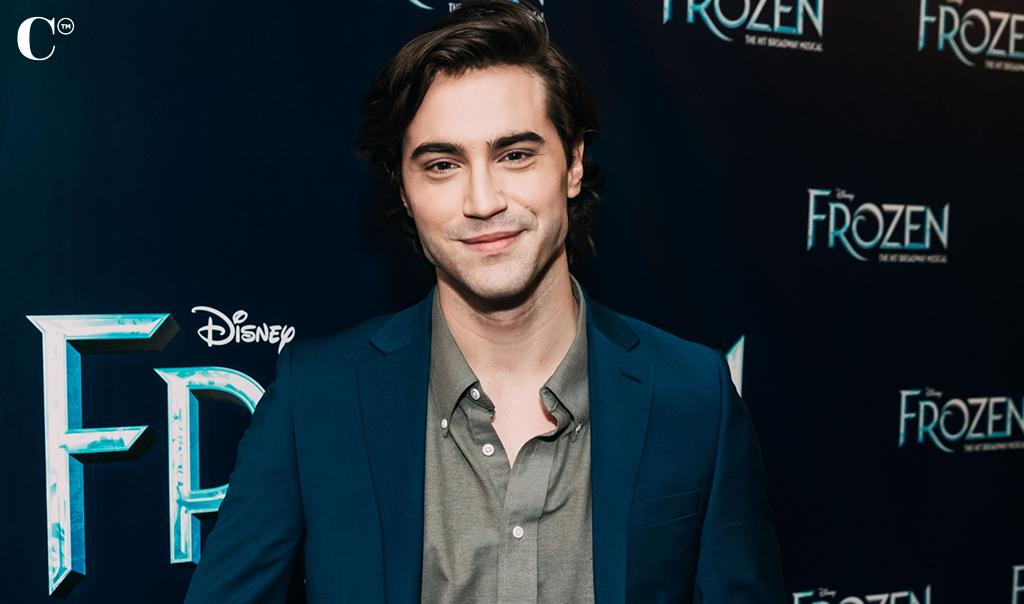 Before she entered into a relationship with Doherty, who is currently gearing up to star in the new Gossip Girlreboot, Cameron dated her fellow Liv and Maddie costar Ryan McCartan. They started dating in 2013, and they shocked the entire world when they announced that they were getting married in April 2016. At the time, the actress opened up about the engagement during an interview with People Magazine.

“It was very spur-of-the-moment. It was perfect. It was more romantic and bohemian than traditional,” she said of the proposal. “We were both very clear with each other that it was like, ‘I know you’re my person. You know you’re my person. There’s nobody else.’ Because we already knew we wanted to get married one day, I didn’t expect it to change anything. But ‘fiancé’ and ‘boyfriend and girlfriend’ is worlds apart. I literally feel like I’ve never been so calm before. I feel rooted to the ground. I feel good.”

But in October 2016, they announced that they were over, and their split wasn’t pretty.

“Dove has decided this relationship isn’t what she wants. We still love each other very much. Please be sensitive, as this is painful,” McCartan wrote on Twitter at the time.

Dove has decided this relationship isn’t what she wants. We still love each other very much. Please be sensitive, as this is painful.

After that, Cameron claimed that McCartan treated her “terrible,” and he alleged that she had cheated on him (with Doherty). Yep, when one of McCartan’s Instagram followers asked him what his proudest moment was, he responded with, “Within two weeks, my fiancée cheated on and left me [and] I almost died from food poisoning … I truly didn’t think I would be able to make it through that part of my life. I’m proudest of the light that came from the darkness, and my ability to survive and turn the anger and sadness I had into positive life changes and a new way forward.”

After coming under fire for his comment, he took to Instagram again, to clear the air on the situation.

“I think Dove and I fundamentally agree about our relationship with one another. We were young and immature. Our relationship was dysfunctional. We were a bad match,” he wrote. “She has made claims about me and about our past that I don’t think are fair or even true, but she is entitled to her opinion. I have made claims about her and our past that I’m sure she doesn’t think are fair or true, but I am entitled to my opinion. We have individual and conflicting perspectives on the dysfunction of our relationship. That is very normal amongst exes. I wish her nothing but the best. I am grateful for our relationship. I learned what love is by learning what it isn’t. People are allowed to be young and make mistakes. People are allowed to grow up and grow apart.”

But despite their rocky past, there’s no bad blood between them now.

“We are not at war with one another. This vortex of repetitive conflict is the result of freely and peacefully sharing our individual perspectives on our past, which is almost always followed by a myriad of social media posts creating a fight where there isn’t one,” the Broadway star added. “Some of these outlets make their money on ads, clicks and controversy, and if they don’t have a story, they manufacture one. Any claims of lasting or current conflict between me and my previous partner have been methodically manufactured, and are baseless. This paradigm is one that exists all over the social media landscape. It is my hope that consumers of social media will use this as an example to guard themselves against bias and hyperbole, and to increase their social media fluency in an increasingly untruthful world.”

Plus, Cameron praised. her ex while speaking to Access in April 2019.

“My first boyfriend ever I found through Liv and Maddie, and I’m so grateful for that experience and what he taught me,” she said.