Wait, Why Did Drake Bell From ‘Drake & Josh’ Move To Mexico And Change His Name?

Who remembers when the show Drake & Josh was all anyone watched?! Well guys, this may come as a shock 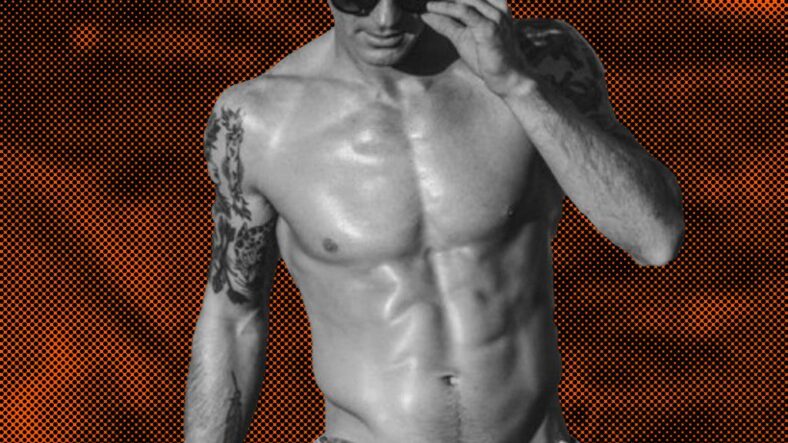 Who remembers when the show Drake & Josh was all anyone watched?! Well guys, this may come as a shock to some people, but the star of the Nickelodeon series — Drake Bell — is now living in Mexico with a totally new name. Say what?!

As fans know, the hilarious sitcom aired its first episode on January 11, 2004 — more than 16 years ago — and we cannot believe how fast time has flown by. It went on for four epic seasons before it came to an end on September 16, 2007, and when it concluded, it was definitely the end of an era. It also starred Josh Peck, Miranda Cosgrove, Nancy Sullivan, Jonathan Goldstein and more, and it was all about two step-brothers who were forced to live together after their parents got married. It was a huge part of a lot of our childhoods, so the fact that they’re all grown up now is seriously making us feel old!

But wait, why has Bell relocated to Mexico and changed his name? What the heck is going on with him? Here’s what we know…

It all started back in 2019, when the former Nickelodeon star performed a cover of the song “Cielto Lindo” during the 2019 Telehit Awards. After gaining a lot of attention online from Spanish fans, Bell started tweeting in Spanish and making posts online about how much he loved Mexico.

Then, the internet went into a frenzy when they noticed that he had changed his Instagram and Twitter name to Drake Campana (which means bell in Spanish) instead of Drake Bell. He also shared a snap of what appeared to be his ID to Instagram, seemingly confirming that he legally made the switch too.

This pic also had fans wondering if he had officially moved to Mexico, since the ID was from Mexico and not the United States. It’s unclear if it’s real, but it definitely appears to be!

“So … Apparently Drake Bell was more popular in Spanish speaking countries, so he moved to Mexico, changed his name to Drake Campana and now writes songs in Spanish and only posts in Spanish … this must be a fever dream,” a fan wrote on Twitter, which has gone viral in recent weeks.

He Even Released A Few Spanish Songs

After changing his name, Bell started to host events in Mexico, post on social media solely in Spanish and get this — he even released a few songs in Spanish, including his hit track “Fuego Lento.” Whether he moved to Mexico or not, he’s definitely embracing the change!

What Else Has Drake Bell Been Up To?

Drake & Josh was just the beginning for Bell. After it ended, he acted in Superhero Movie, College, The Fish Tank, Birds of Paradise, Jungle Shuffle, some of the Fairly Odd Parents movies, Frozen in Time, Hulk and the Agents of S.M.A.S.H., L.A. Slasher, Ultimate Spider-Man, American Satan, Dan Is Dead, Cover Versions, Highly Gifted and others. That’s not all. He also lent his voice to a few video games and released five studio albums of his own over the years. He’s been dating actress Janet Von for a while now, and they are as cute as could be together.

He Got In A Few Feuds With Other Celebrities

Over the years, the actor has been very outspoken on Twitter, which has caused him to get in quite a few feuds with other celebrities. Most famously, he fought with Justin Bieber in 2013, and boy, was it intense. Bell randomly started to slam the singer online — comparing him to Miley Cyrus, making fun of him for wearing makeup and even hating on his height.

“Justin Bieber is 5 foot 6 inches. Now I understand why you guys love him! He’s the same height as all you 12 year olds! I totally get it now,” he wrote in a now-deleted tweet.

But where did the animosity come from? Well, Bell didn’t explain what caused him to start hating on Bieber, but he later admitted that it was his fans he disliked — not the pop star.

“Guys get over it! I don’t ‘hate’ Justin Bieber,” Bell explained via Twitter. “His fans are the problem! I’ve never said he was gay or had no talent! It is his fans!”

What Is His Costar Josh Peck Doing Now?

Peck did not slow down after Drake & Josh. He went on to star in The Wackness, Drillbit Taylor, Wild About Harry, What Goes Up, Aliens in the Attic, Red Dawn, ATM, Jungle Master, Bukowski, Battle of the Year, The Wedding Ringer, The Timber, the Ice Age movies, Grandfathered, Chronically Metropolitan, The Labyrinth, Take the 10, Teenage Mutant Ninja Turtles, Locating Silver Lake and more! As for his love life, the actor married his longtime girlfriend, Paige O’Brien, in June 2017, and get this — he is now a father! They welcomed a son together, named Max, in December 2018.

Bell and Peck had a feud of their own when Peck didn’t invite Bell to his wedding.

“When you’re not invited to the wedding the message is clear…” Bell wrote on Twitter at the time. “True colors have come out today. Message is loud and clear. Ties are officially cut. I’ll miss you brotha.”

But not to worry, you guys, because they have since made up! They have hung out a few times since then, and they even watched old clips of their Nickelodeon show together once! BRB, going to watch it on repeat now.