Connoisseurs of pop culture have long turned to E! News to satisfy their curiosity about the current events world of 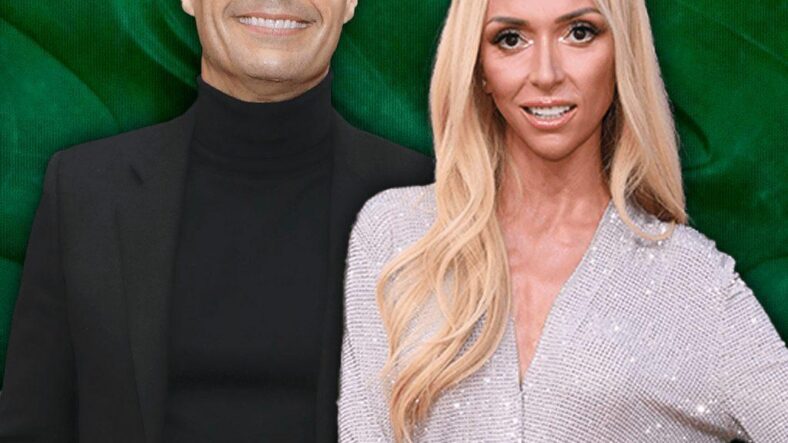 Connoisseurs of pop culture have long turned to E! News to satisfy their curiosity about the current events world of celebrity gossip and lifestyle news, along with newer shows Pop of the Morning, and In the Room – and now it’s been canceled.

Beloved by many, E! News has a three-decades-long history of famous hosts and steadfast reporting on all things pop culture.

Since its inception in 1991, E! News has managed to stay at the top of the celebrity news world. Beloved hosts like Ryan Seacrest, Giuliana Rancic, and Maria Menounos have won the hearts of many viewers over the years.

E! first aired on September 12, 1991, and the original host was Dagny Hultgreen. The show reported on celebrity news and gossip, and current events regarding film, music, and television. Hultgreen  was an actress herself and sister to the first female US Navy fighter pilot, Kara Hultgreen, who was killed in training in 1994. Hultgreen used her time as an actress to relate to the news she reported, and her audience found her engaging and charming. The actress hosted the show until 1993.

A long line of hosts, including well-loved Steve Kmetko and Jules Asner, led to two of their most famous hosts, Giuliana Rancic in 2005, and American Idol host Ryan Seacrest in 2006.

Rancic, a journalist with a masters from American University in D.C., was a native of Naples, Italy, and immigrated with her family to Washington D.C. when she was six. She learned to speak English by watching television, and had a career as a successful entertainment journalist. When she was tapped to host E! News at its heyday, fans immediately took to her. Rancic moved from reporter to host in 2005, and was joined a year later by entertainment giant, Ryan Seacrest.

Seacrest was originally a radio star, and earned his first big tv break when he began hosting American Idol in 2002. In 2003 he began a syndicated program, On Air with Ryan Seacrest, and in 2004 he took over American Top 40, from one of his idols, Casey Kasem. In 2006, he joined Rancic as host of E! News, and he brought with him an established fan base which added to the E! News viewer family.

A Change Of Hosts

In the mid-2000’s, E! News began airing live, changing its name to E! News Live. Rancic and Seacrest both left the show in 2012, although Rancic promised her fans she would return after a leave of absence to care for newborn son. Seacrest was replaced by Jason Kennedy, who hosted until 2019. Rancic returned, and hosted until 2015, then again from 2018-2019. The show’s current, and final, hosts are Scott Tweedie and Lilliana Vasquez.

In 2010, E! was expanded to a one-hour time slot, making it one of only two entertainment programs to have weekday editions of that length. HLN’s Showbiz Tonight was the other. At this time, the show also updated their news set and began broadcasting in high definition. The show itself was the center of some high-profile gossip in 2017 when Catt Sadler, current anchor, left the E! News show, citing unequal pay between herself and her co-anchor Jason Kennedy as the cause.

The mom of 2 said at the time that she had been given an increase in responsibilities, but was still not receiving adequate pay. Sadler told People that she had been “informed and made aware that my male equivalent at the network who I started with the same year and have come up with doing essentially similar jobs, if not the same job, wasn’t just making a little bit more than me but was making double my salary and has been for several years.”

Since internal drama is not a good look for an entertainment channel, E! Denied the validity of her claims. A spokesperson told People on behalf of the network and co-host Jason Kennedy, “E! compensates employees fairly and appropriately based on their roles, regardless of gender. We appreciate Catt Sadler’s many contributions at E! News and wish her all the best following her decision to leave the network.”

Aside from the drama of a bevy of hosts and accusations of unfair pay, E! Has stayed true to its entertainment news roots. It continued to provide peerless celebrity news reporting, and information on pop culture and lifestyle news. However, in April of 2019, a veteran producer of Today, Tammy Filler, joined the production staff and planned to build a second studio in New York, to branch out from the hours their L.A. studio was able to offer.

The cancellation of the E! News giant and its smaller sister shows happens as the shows’ parent company, NBC Universal restructures and looks to streamline programming for efficiency. According to Variety, economic hardship is also cited as part of the reason for the cancellation and downsizing. Variety reports that the New York studio will close and all of the network’s future productions will occur back in Los Angeles.

It’s difficult for most people who were adults in the 90’s to imagine a world without E! News, but it does raise a lot of questions on which network and shows will rise to fill the void. People love celebrity news and pop culture gossip, so the opening will be there for some other show to exploit. We wish the E! News family well on whatever path they tread next, and thank them for 29 years of amazing entertainment news and reporting.