Finding peace in body image has been an uphill battle for as long as we can remember. Date back to 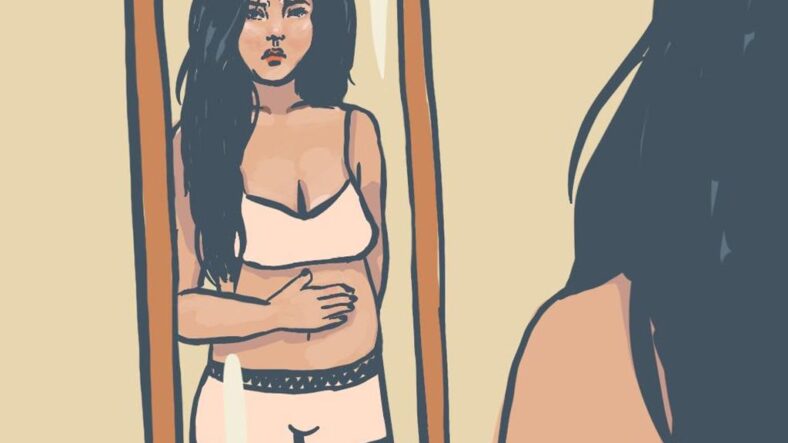 Finding peace in body image has been an uphill battle for as long as we can remember. Date back to the 1970’s-80’s when fitness finally became mainstream for women. And while that was a breakthrough in having more control over our body shape and size, most can argue that it goes hand in hand in developing an eating disorder. According to the American Psychiatric Association an eating disorder is a behavioral condition characterized by severe and persistent disturbance in eating behaviors and associated distressing thoughts and emotions. Types of eating disorders include: anorexia nervosa, bulimia nervosa, binge eating disorder and avoidant restrictive food intake disorder. Most often eating disorders occur in women but don’t be naive. An eating disorder can affect any gender. And, they often develop in adolescence and young adulthood, accord to the APA. Bringing us to this point: social media and it’s influence on unhealthy body standards.

TheWall Street Journal obtained documents which revealed that more than 40 percent of Instagram’s users are 22 years old and younger. So yes, young and vulnerable are only a few words to describe the apps audience. And, being famous for only posting life’s greatest moments, it’s proven to be a trigger on a youthful mind for anxiety, depression and body issues. Fact-finding done by Facebook revealed “aspects of Instagram exacerbate each other to create a perfect storm.” 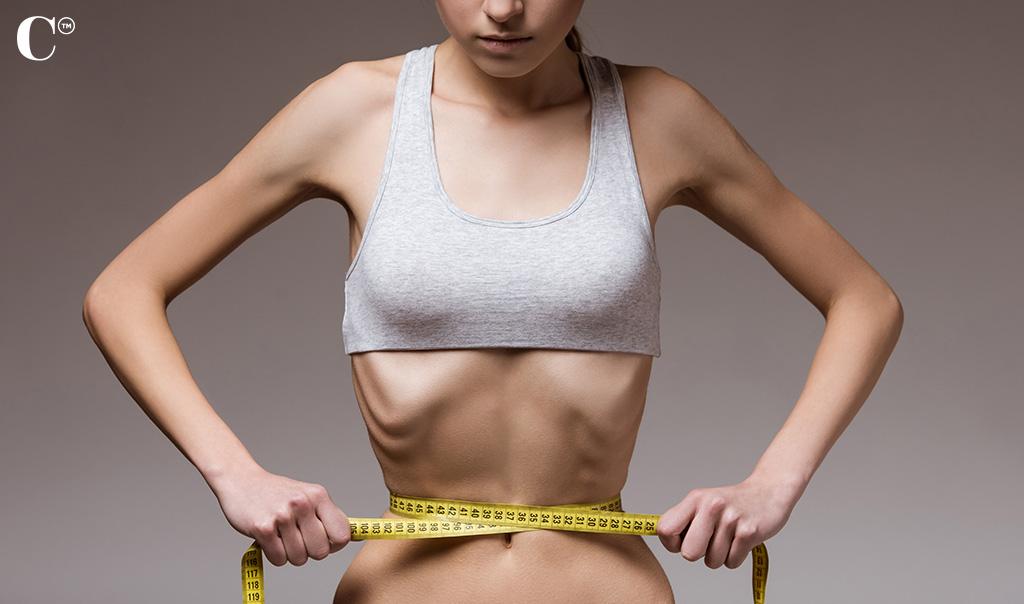 The New York Post shared news that “Facebook’s own researchers have found that Instagram barrages teen girls who have anorexia and other eating disorders with photos and videos of other afflicted girls.” Images with hashtags such as “thinspo”, “skinny” and “thin”, to name just a few, are being recommended to users who follow dieting and thinness-obsessed accounts according to a presentation done in April by Facebook executives.

Earlier this year a team Instagram researchers created a test user that followed like accounts and they found that the apps algorithm continued to recommend more eating disorder-related content. Accounts with names such as “_skinandbones_”, “applecoreanorexic” and “skinny._.binge” would appear on the explore page, all who shared images of malnourished thin bodies.

Another test was done by Sen. Richard Blumenthal. He disclosed that his office created a mock Instagram account posed as a 13-year-old girl and within just one day it had been presented with accounts promoting eating disorders. During a hearing he expressed, “Instagram’s recommendations will still latch on to a person’s insecurities – a young woman’s vulnerabilities – about their bodies and drag them into dark places that glorify eating disorders and self harm. That’s what Instagram does.”

How The Social Media Platform Is Responding 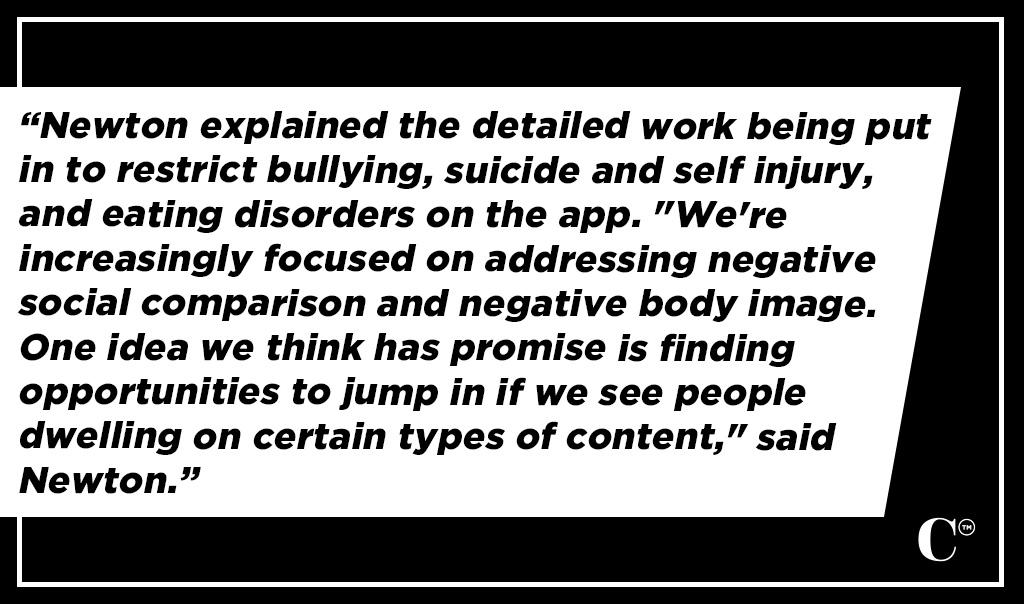 The Head of Public Policy for Instagram, Karina Newton, published a response on Instagram’s blog page. She shared that although The Wall Street Journal cast the app in a negative light with their findings, they stand by the research. She wrote “It demonstrates our commitment to understanding complex and difficult issues young people may struggle with, and informs all the work we do to help those experiencing these issues.”

Newton explained the detailed work being put in to restrict bullying, suicide and self injury, and eating disorders on the app. “We’re increasingly focused on addressing negative social comparison and negative body image. One idea we think has promise is finding opportunities to jump in if we see people dwelling on certain types of content,” said Newton. Basically, if the app recognizes a user falling into a rabbit hole of a single content, they will be prompted to look at other topics that would more likely inspire and uplift them.

Is Social Media Good or Bad? 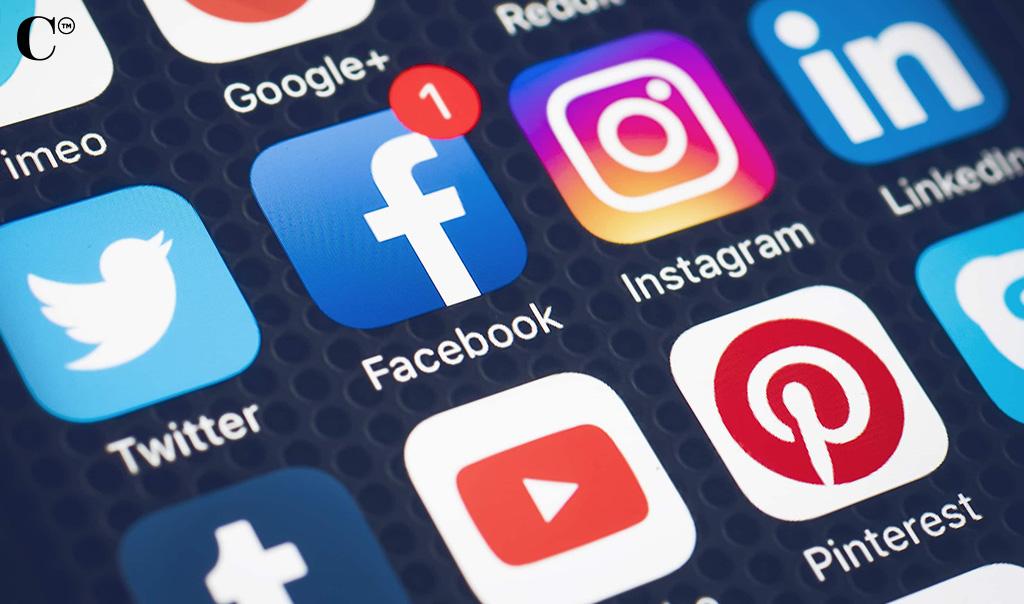 Talk about a question that’ll fire up a room, right? Unfortunately, this question is subjective. Research has shown that it can be mixed depending on the person, day and time. “Many find it helpful one day, and problematic the next,” says Newton. However, it’s how people use [or abuse] it and, their state of mind when doing so.

Harvard described the “see-saw” of the positive and negative experiences that US teens encounter on social media. Their mixed methods study revealed that “the same person may have an important conversation with their friend on one day, and fall out with them the next day.” Newton shared that Instagram’s finding revealed similar. She explained, “Many said Instagram makes things better or has no effect, but some, particularly those who were already feeling down, said Instagram may make things worse.”

And while this may spark up tension for some with the app, Newton explained the cold truth that negative social comparison and anxiety exists outside of social media apps as well. But, conscious of the power that Instagram holds, there are specific efforts set up to respond to the research found to make Instagram a more positive environment.

A Facebook spokesperson told the New York Post, “We want Instagram to be a supportive place for people struggling with eating disorders and body image issues, especially young women and girls, and we’ve worked with experts like the National Eating Disorders Association for years to build policies and features to help where we can.”