Fly to Space, Save the Planet? Ecotourism Meets Space Tourism

Would seeing the planet from a different perspective change your life? Would it change your mind? Sometimes when we can’t 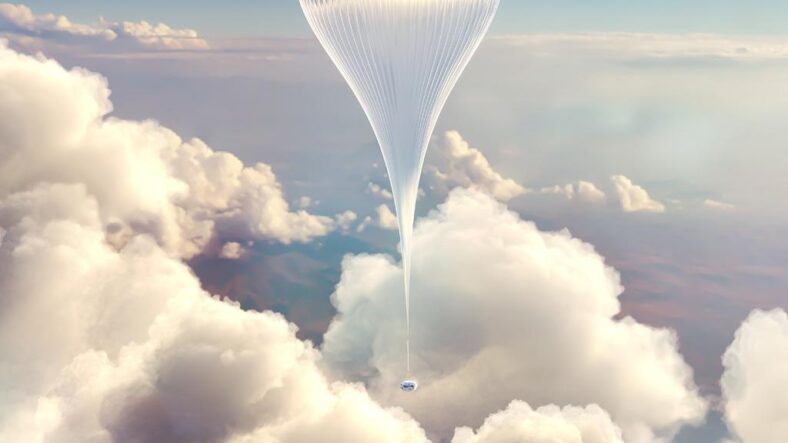 Would seeing the planet from a different perspective change your life? Would it change your mind? Sometimes when we can’t see a big picture, all it takes is stepping back and looking at something as part of a whole to completely change the way we think. A new company is hoping to combine the mission of bringing people to Space with the vital mission of saving the planet – and they hope the right view will change the right minds.

World View: A Better View for a Better World 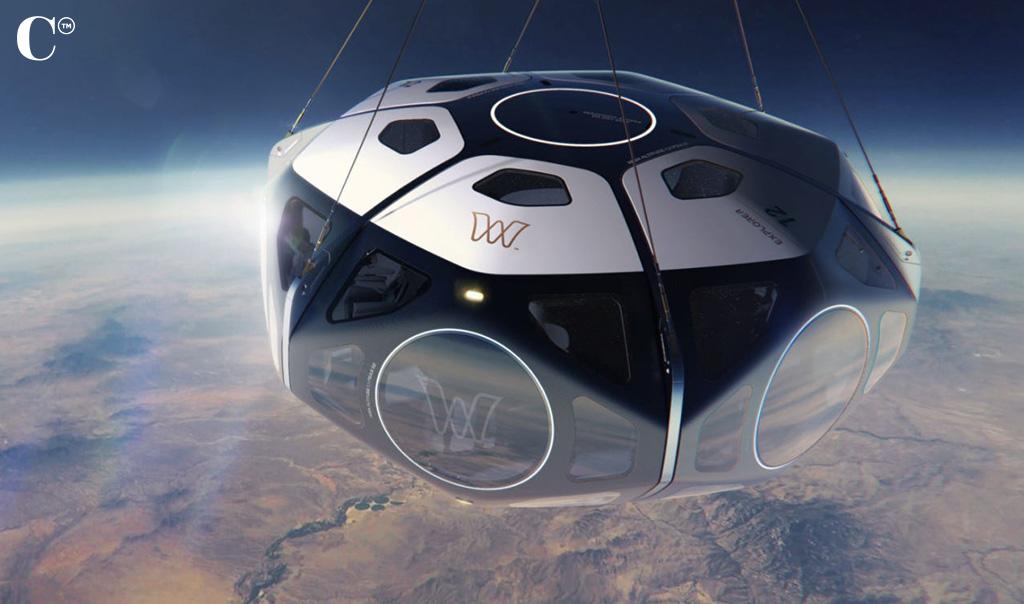 A company called World View has set out to change hearts and minds by taking them where few men (and women) have gone before – and maybe save the planet in the process. World View is a stratospheric ballooning company with high aspirations – Space-high, in fact. They recently announced that they would be expanding their services globally to include a one-of-its kind accessible edge-of-Space experience. In a statement, the World View team writes, “As a purpose-first company, World View is focused on inspiring, creating and exploring new perspectives, offering participants more accessibility to space tourism experiences than ever before. World View’s mission is to bring as many people as possible to the edge of space so that at 100,000 feet, they’ll see a world without borders or species and come back driven to make the world a better place. The company believes that by reaching a critical mass of people experiencing what has been labeled the Overview Effect that humanity will be able to markedly improve the future of our fragile Earth.”

A seat on World View’s ride to space requires a $500 deposit, with $50,000 seats for commercial flights. Reservations are open now, but they probably won’t lift off until 2024. And the inaugural flight is already spoken for by the non-profit Space for Humanity. Each flight is centered around a 5-day experience that hopes to expose customers to a whole new world from above. Each flight will include 8 members and a crew in a zero-pressure stratospheric balloon that takes you to 100,000 feet. It’s a breathtaking and transformative experience that will last 6 to 12 hours. The balloons will take off from World View Spaceports and allow customers to drift on the edge of Space for hours as they taken in the wonder below. The World View hope is that people see the planet without borders, without insurmountable challenges – and come back with a renewed vigor to preserve this precious blue bubble we live on. They hope that the relatively affordable price point – compared to half a million for other commercial flights – might inspire more people to access the experience.

World View’s team shares in a statement exactly what a ride will encompass:

“World View voyages will originate out of the Seven Wonders of the World, Stratospheric Edition™, for a stratospheric perspective few have ever seen. The spaceport locations, in order of projected opening date, include:

The World View experience is unlike any other. The voyages, originating out of World View Spaceports at the Seven Wonders of the World Stratospheric Edition™, are built around a five-day fully immersive experience. Participants will be offered excursions from the Spaceports, enabling them to fully experience and immerse themselves in the beauty, fragility, history, and importance of the areas surrounding the Seven Wonders.”

For more information or to make your reservation, visit the website.

Does Seeing It All Change Your Mind? 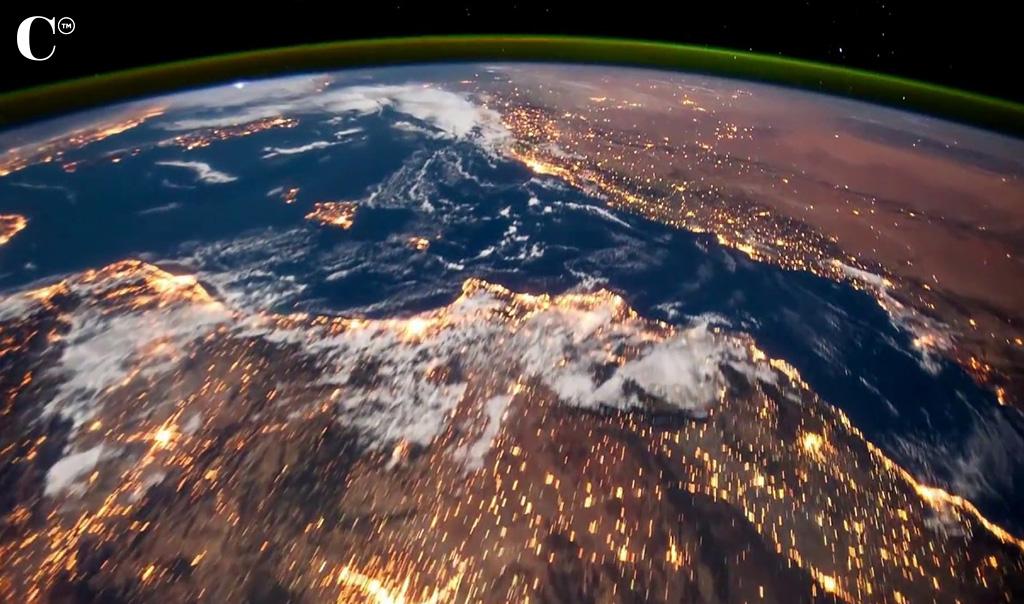 The question remains of course: does seeing more of the planet actually inspire people to change? Will a Climate Change denier, for instance, come back with a sudden appreciation for science and a desire to save the planet? Some research can help point us towards in a direction to find this answer.

We already know that people most affected by Climate Change – such as those in countries with vulnerable infrastructures – may be more likely to believe in the harmful effects of Global Warming, because they’ve experienced it. But what about where the effects are just starting to be felt, such as cross the Eastern United States where Climate Change-fueled massive tornados have caused devastation where tornados rarely spawned before? Or across the Gulf Coast where monstrous hurricanes are wreaking havoc with increasing intensity as the years pass? Those effects are still somewhat isolated, as far as many Americans are concerned. So what’s the key to getting them to understand something that hasn’t touched them yet?

In most of the world, the answer is: education. In the United States, however, citizens have shown that the way they use that education can depend entirely on their beliefs and not facts. College-educated Republicans, for instance, are the most likely to be skeptical of Climate Change. While they have had access to enough information and education to understand the science, instead they use their considerable education to defend their beliefs which fly in the face of facts. College-educated Democrats are the most likely to believe in the harmful effects of Climate Change and use their education to defend that position.

Grist reports on the results of the Gallup poll, “Specifically: In the U.S. — unlike everywhere else — being better educated doesn’t guarantee that you are more likely to believe that climate change is a real thing that is actually happening. Instead, education seems to polarize in the United States: More education is correlated with greater concern about climate change among liberals and Democrats, and less concern from conservatives and Republicans. It seems that being better educated just means you have more ammo for defending the belief that your existing partisan identification bequeaths to you.

So while in most of the world, education is the strongest predictor of a belief that climate change is real, in the U.S., it’s something called ‘civic engagement’ — which Gallup defines as having donated money, volunteered time, or helped a stranger in the last week. People with high levels of civic engagement are almost always aware of climate change, while those with the lowest levels have no clue it’s even happening.”

Does that mean that bringing people to the edge of Space and showing them the planet in all it fragile glory will change minds? Possibly. It’s a form of civic engagement to expose yourself to the experiences of others, so maybe World View is onto something here.

Space Tourism Without the Eco 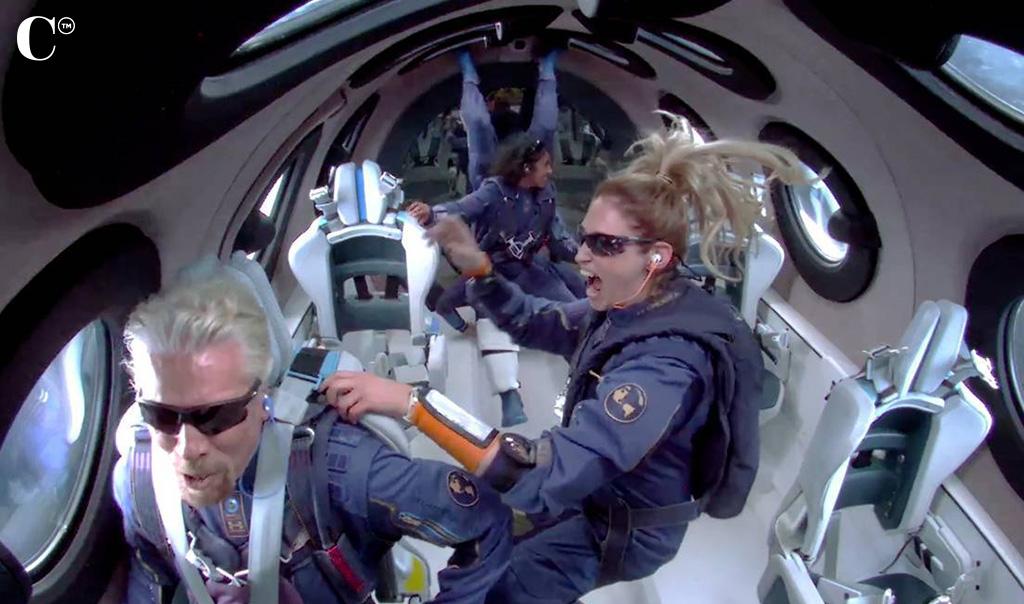 It’s not all Climate Change warriors above the Earth though – the Billionaire Space Race has entered a new fervor after Richard Branson and Jeff Bezos went to space – or the edge of Space, if you want to be technical, and Elon Musk promised anew to put people on Mars.

Some people have joked that if the billionaires are clamoring to get off the planet ASAP, maybe we’re closer to disaster than we think. Others just assume that the three golden boys – Branson, Bezos, and Musk – like fancy toys and fast rides. Although Musk, for all his bluster and bravado, won’t be going to Space. He’s too important to risk on a flight, he’s happy to leave that to the brave volunteers he warns will probably die on the first Mars expedition.

In the meantime, Bezos and Branson are going where no billionaires have gone before and paving the way to the space tourism industry that has risen around the race to be first to the stars. And in 2027, the world’s – or Solar System’s, to be precise – first hotel is opening above the planet. It’s far out of reach for the average American’s paycheck, but the hope is that the saturation of options from Branson, Bezos, Musk and other companies looking to leap into the industry, will help lower the prices over time and bring it within reach of all.

For now, World View may be the most affordable – and eco-conscious – option.