Electric Daisy Carnival has been lighting up the desert night for 26 years now. With its triumphant return to Las 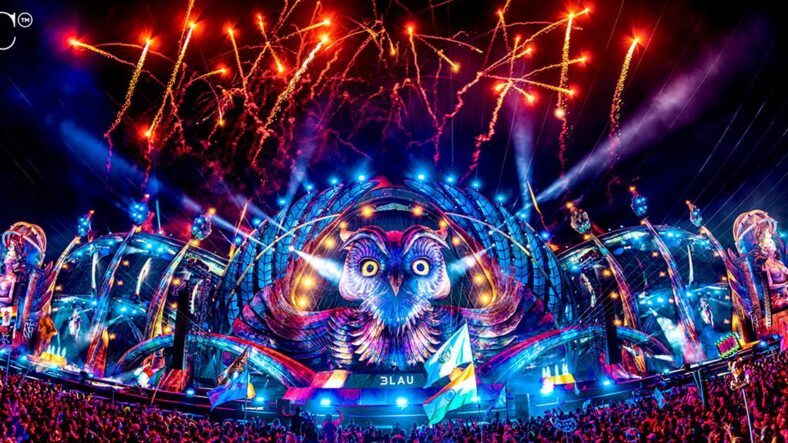 Electric Daisy Carnival has been lighting up the desert night for 26 years now. With its triumphant return to Las Vegas last year despite the industry odds, this year's event was eagerly anticipated by festival-goers the world over.

With star-studded headliners and industry-leading vendors, EDC Las Vegas 2022 turned out to do more than live up to the hype; it set the bar ever higher for festivals across the globe. Here's a look back at some of the best moments of EDC Las Vegas 2022.

The Las Vegas Motor Speedway welcomed thousands of music fans to the biggest and best EDC Las Vegas in years.

This year's festival returned for year 26 with an extraordinary lineup of stars, including:

Superstars deadmau5 and Kaskade teamed up for a new project called Kx5, which CELEB explains, "Kx5 is a new project represented by deadmau5 and Kaskade. They put themselves on the map with their single 'Escape' featuring Hayla. Beginning with stripped-back piano underscoring Hayla’s delicate vocal, 'Escape' soon swells into a pulsating electronic soundscape—a testament to the meticulous, multi-layered production that deadmau5 and Kaskade have built their reputations on. The track really takes flight on the anthemic chorus. 'What if I escape with you?' Hayla belts over shiny synths. 'Is it real, is it just a fantasy? ‘Cause the unknown, the unknown is pulling me.'

Since its release in March, 'Escape' has already reached over 14 million streams on Spotify alone. Its most recent milestone moment was hitting #1 on dance music radio with an unprecedented 600 weekly spins. And, on day two of EDC Kx5 is making its debut as a headliner artist."

Grimes rocked the stage with a stuttering but somehow still excellent set, and Excision pulled the largest audience of the weekend – with the crowd going wild for his chest-pounding beats and mind-spinning crescendos.

And according to the Las Vegas Review-Journal, parts of the weekend were downright silly; 'There they were, dueting on Sheryl Crow’s 'If It Makes You Happy' like two teenage besties staying up all night during a sleepover, howling all their favorite songs into their hairbrushes and/or liquor bottles raided from Dad’s stash.

Meet Mija and GG Magree, aka So Tuff So Cute — and so, so awesomely obnoxious.

At the CosmicMEADOW on Saturday, the two DJ-producers roared through a set list akin to a millennial’s iPod on shuffle circa 2002. (DMX, Sum 41, Evanescence, Linkin Park and Disturbed hits blared among chest-caving beats). They even found time to excavate the corpse of Ashlee Simpson’s career with a little 'La La.'”

Like most years, celebrities attended – although it's a bit of a tradition to go under the radar and fit in to party.

Not so for Paris Hilton, who announces her EDC fun loudly and takes time to snap photos with fans. Hilton attended again this year, looking far out in several flower (daisy, specifically)-themed outfits.

The weekend welcomed the old, the new, and the extraordinary – bringing together joyful festival fans, music purists and weekend wanderers alike. With live-streaming options making the event accessible for those who couldn't attend in person, the EDC family is growing and expanding in new and exciting ways year by year.

Why EDC is So Beloved

But there is one question that may have people on the outside scratching their heads: why on earth is EDC so popular?

After all, it's not the biggest festival – it doesn't have the most headliners, and it's held when the heat is started in earnest in Las Vegas so you'd think it would lower turnout somewhat.

But year after year, tens of thousands of people flock to Las Vegas to take in the desert night, see the neon glow on their skin and feel the music thrum through their bodies.

What is it that sets EDC apart? The most obvious and simplest answer is that it's a family. Created as an underground warehouse event by organizer Paquale Rotella, EDC has always felt like a community more than an event. Although EDC has now expanded to multiple events throughout the globe, there's something special about the way EDC and Las Vegas come together.

It's almost magical how the festival and the city in the desert blend art, music, visuals, sounds, feelings, tastes and feelings – creating an experience no other festival can replicate, no matter how titan.