Festival season is upon us friends. Must we say more? Tis' the season that music enthusiasts around the world look 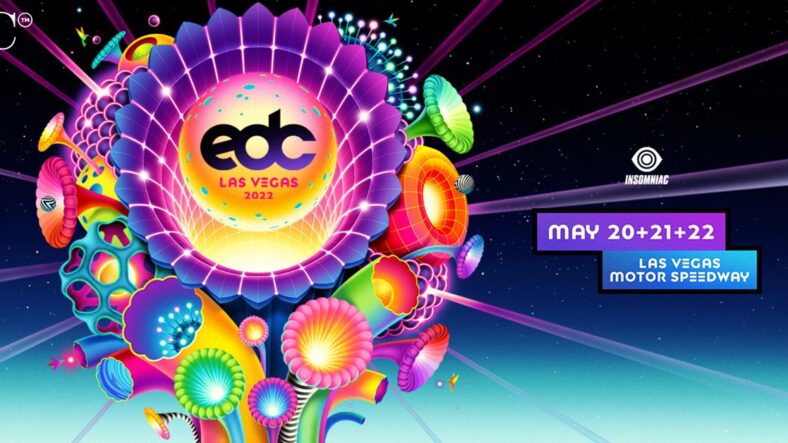 Festival season is upon us friends. Must we say more? Tis' the season that music enthusiasts around the world look forward to every year because well, what's better than seeing one of your favorite artists? Seeing multiple of your favorite artists, obviously. Not only that, but festival season is a time when thousands of people come together to bond over a similar interest, melt into positive energy and enjoy the sounds of the musical art that DJs, lyricists, and musicians create.

One of the most famous weekends for festival goers is Electric Daisy Carnival Las Vegas. For 26 years this event has attracted a countless amount of people to Sin City to dance under The Electric Sky with major DJs including Seven Lions, Slander, Zedd, Diplo, and Tiesto. In fact, this weekend already, Tiesto was spotted with Jigar at Tiesto and Friends Project 150 Charity Poker tournament at Resorts World. The non-profit helps disadvantaged high school students in Southern Nevada, and, all proceeds from the tournament benefit Project 150.

EDC 2022 Lineup: Back and Better than Ever

On Friday, day one of EDC Las Vegas, guests will gravitate to Kinetic Field for performances from Fisher, Porter Robinson, Alan Walker, Seven Lions, and others. Over at the Cosmic Meadow will be Diesel with his intense and irresistible beats and a must-see, if you ask us. Taking over the stage after him will be many more including, Nitepunk and Acraze. And, with 14 more stages to conquer, festival goers will experience sounds from Test Pilot, Armnhmr, Jauz: Off The Deep End, and many many more.

Saturday is a big day for big names. Just to name a few, A-Trak, Alesso, Borgore, DJ Snake, San Holo, Grimes, Tiesto, and Excision will all be in attendance. And, a new headliner is in town, Kx5. And yes, you know who they are without even knowing them yet.

Kx5 is a new project represented by deadmau5 and Kaskade. They put themselves on the map with their single "Escape" featuring Hayla. Beginning with stripped-back piano underscoring Hayla’s delicate vocal, “Escape” soon swells into a pulsating electronic soundscape—a testament to the meticulous, multi-layered production that deadmau5 and Kaskade have built their reputations on. The track really takes flight on the anthemic chorus. “What if I escape with you?” Hayla belts over shiny synths. “Is it real, is it just a fantasy? ‘Cause the unknown, the unknown is pulling me.”

Since its release in March, "Escape" has already reached over 14 million streams on Spotify alone. Its most recent milestone moment was hitting #1 on dance music radio with an unprecedented 600 weekly spins. And, on day two of EDC Kx5 is making its debut as a headliner artist.

Sunday might be the final day, but don't assume it to be anything less than what the weekend already offered. After all, the saying goes, "don't let Sunday ruin your Monday" and, EDC definitely isn't giving guests a reason to cut out early.

Kinetic Field alone will have must-see sets from Armin van Buuren, Illenium, Zedd, and Dom Dolla. Circuit Grounds will be taken over by Zeds Dead in the late afternoon and Zhu in the night. Basspod will be slamming down beats from Liquid Stranger and Subtronics B2B Boogie T. And remember, there are 16 stages so this Sunday is guaranteed to be a FUNday.

Couldn't make the trip? That's okay. That's what technology is for, right? Thanks to Insomniac, EDC Las Vegas is being streamed across multiple platforms including YouTube, TikTok, Lomotif, and Roblox, as the kineticFIELD, cosmicMEADOW, and circuitGROUNDS stages will transport viewers under the neon lights from the comfort of their homes. Not only that, but viewers will also get exclusive behind-the-scenes access all weekend long.

Insomniac Radio's special broadcast hosted by Taylor Kade and Emma Kapotes, will also feature live performances and exclusive interviews straight from backstage. This will begin at 5:30 p.m. PT on Friday, May 20, 4:30 p.m. PT on Saturday, May 21, and the same time on Sunday, May 22. They will air live until 5:30 a.m. each day with replays directly after. So yes, you can get your full night's sleep and still experience your favorite artists on your own time.

26 Years Of Electrifying Life Through Music

For more than a quarter of a century, Electric Daisy Carnival Las Vegas has been welcoming guests into a world driven by positivity and imagination. Music and art collide during this weekend to inspire transformative moments with every head turn. The community of the festival celebrates everyone, focusing on the power of inclusivity and standing for unity.

Boundaries don't exist when it comes to generating the perfect environment to dance away the day and night until your feet fall off. The culture created by EDC is unique, giving guests never before had experiences with relentless creativity that ignites every sense within.

Starting off as a warehouse party in Los Angeles, produced by CEO and Founder, Pasquale Rotella, EDC has grown into an internationally acclaimed live music experience. The multi-day festival occurs annually, attracting millions of fans on four different continents around the world, according to Insomniac. So, if you missed out on Vegas this weekend, don't worry, you can experience the standard setting, unparalleled multi-sensory experience in Mexico, Flordia, and Japan as well.