Behind closed doors this years El Clasico will be held at the Camp Nou on October 24, 2020. This will

Behind closed doors this years El Clasico will be held at the Camp Nou on October 24, 2020. This will be the first El Clasico since the global pandemic. Many people around the world are waiting to see this match between these two historical teams.

No Fans In The Stadium

It will be very interesting to see how the players react during the match as their will not be no fans in the stadium. Typically, the Camp Nou would be buzzing with noise and have an amazing atmosphere. People from around the world coming together and seeing the world’s two biggest clubs in the world. No doubt the people play an important role in the game as they cheer and pressure the referee and the opposing team. It is sad that the players will not have the support of their fans cheering them on this colossal match. 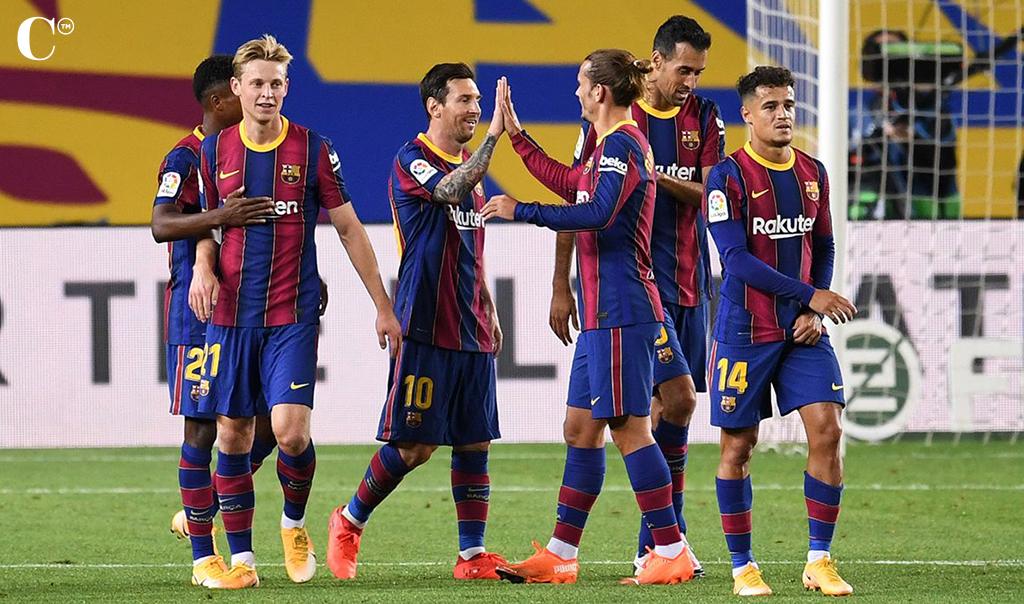 Clearly, FC Barcelona are coming in a transitional phase as they have a new coach and no longer have Luis Suarez as their main striker. They also had the whole drama of LionelMessi who wanted to leave the club during the summer transfer. He eventually stayed but it is clear that some things are not right in the club. It will be RonaldKoeman’s job to lead Barcelona into a great campaign and make the players forget all about the non soccer issues. Barcelona have new faces in their team such as MiralemPjanić, FranciscoTrincão and SergiñoDest. They may not be big names, but they will definitely add great quality to the team.

Importantly, Barcelona have not lost this season in La Liga and will try to continue that form when they receive Real Madrid. It will be a tough task but not an impossible one. 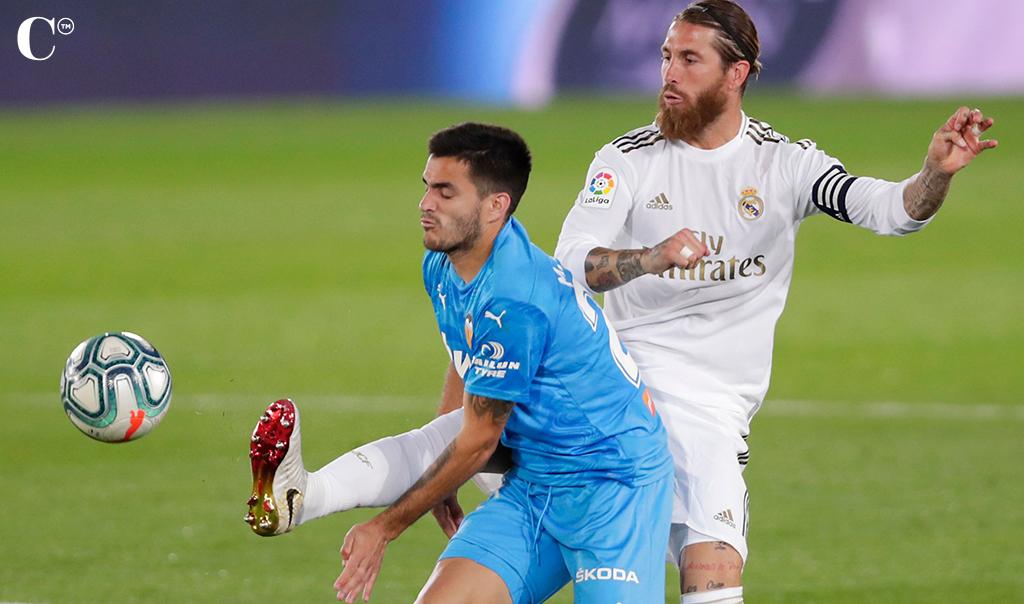 On the other hand, Real Madrid didn’t make many acquisitions in this transfer market. They just brought back Martin Ödegaard as his loan deal completed in the summer with Real Sociedad. Los Merengues have been linked with many high profile players such as KylianMbappé, PaulPogba, ErlingHaaland, GiovanniReyna, and N’GoloKanté. They have let JamesRodríguez, GarethBale, AchrafHakimi, SergioReguilón, ÓscarRodríguez, and other young talent on loan. Let’s see how Zidane can manage with the team that he has on his disposal,

Nonetheless, Madrid are the current La Liga champions and are still a strong team despite some players departing. They are unbeaten in the league and are currently first place in the table. Zidane has structured the team to a style of play that suits every player especially KarimBenzema who has been a scoring machine as of lately. Although, through the first games they haven’t shine as much, but the season is still young. EdenHazard will not be available for this match as Zidane said he doesn’t want to risk him. 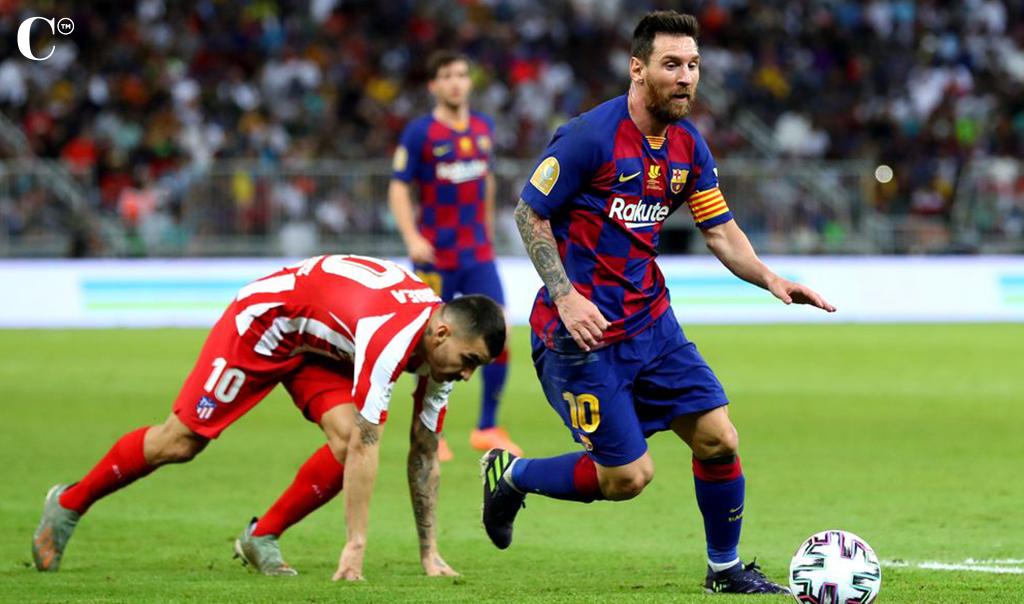 Undoubtedly, this clash amongst giants is the biggest rivalry in soccer and one of the biggest in sports. These two teams hate each other as they are their biggest rivals. Every match between them is always the main focus in the soccer world. People from around the world reserve the date that these two juggernauts meet to enjoy high level soccer. It will be sad to see the stadium empty, but nonetheless the quality of play will remain intact.

Clearly, both teams have a large following from people around the world, who will follow the match on their TV’s. The last time that they met it ended in a scoreless draw back in March of this year. They have met plenty of times in La Liga, with both teams having 96 wins against each other. They have met in other competitions such as in Copa Del Rey where Barca have the advantage with 16 wins in 36 meetings. In the Champions League, Madrid have the edge with three wins in eight matches.

Previously, these games have brought plenty of fights and brawls amongst the players and coaching staff. The rivalry is too big amongst these two that they just simply hate each other’s guts. No doubt there will be more rough fouls and a lot of trash talk during the game. 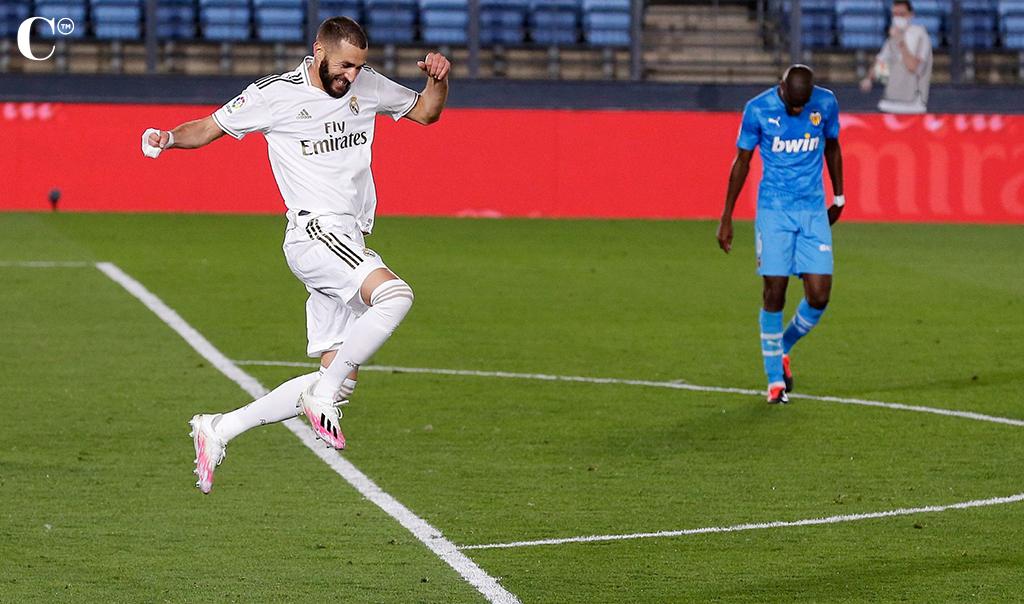 Notably, Barcelona will play away at Getafe on October 17 in a La Liga clash, then will host Hungarian side Ferencváros in the Champions League on Tuesday, October 20. Both matches will not be easy for the Catalan club, but look heavy favorites for both clashes.

On the other hand, Madrid will host Cadiz in La Liga on Saturday, 17 October. Then on Wednesday, 21 October they will host Ukrainian side Shakhtar Donetsk in the Champions League. Real Madrid look heavy favorites for both matches and will try to bring a great momentum for El Clasico.

Furthermore, you can catch all the action from this amazing game on bein sports and bein sports en español on October 24th at 10 AM EST. The match will be exhilarating and full of drama, action, intensity, and high level of soccer.