When Elliot Page first came out as transgender, the public reacted with no small surprise. After all, some of his 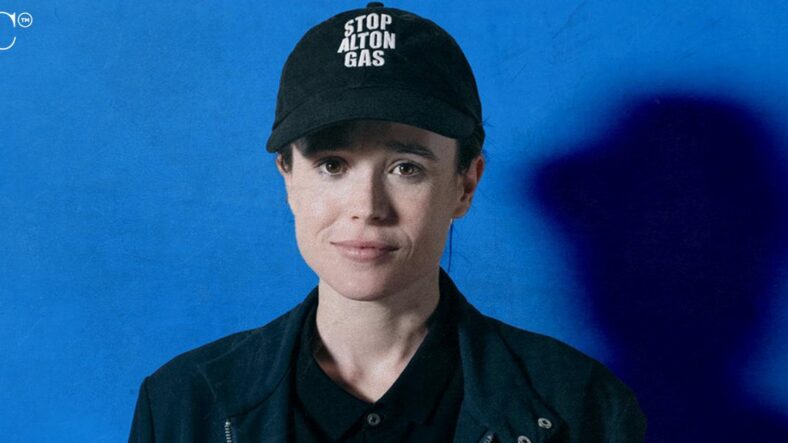 When Elliot Page first came out as transgender, the public reacted with no small surprise. After all, some of his previous roles had been quintessentially female, from their perspective – remember "Juno"?

But one question that dominated most conversations surrounded his most famous and ongoing role, as then-Vanya Hargreeves on the beloved Netflix original series, Umbrella Academy – created by none other than Gerard Way of My Chemical Romance fame.

As it turns out, there was no reason to worry – showrunners quickly pivoted to a role of support and affirmation, re-writing his character as Viktor, and including his transition in the now-released season 3. But watching that transition play out has inspired some buzz online, and Page is making headlines. Here's what people are buzzing about – and how people in Page's personal life reacted to his coming out.

Page sat down with Seth Meyers on Late Night to chat about his character's transition and the way people have reacted.

When he brought his transition to showrunner Steve Blackman, Page says he seemed excited to incorporate Viktor's transition, and there was never a question about not affirming Page's real-life transition.

They brought in help in the form of Thomas Page McBee to help write the transition in a healthy and respectful manner, and Page says he's proud of the way it was portrayed on screen and excited for fans to watch.

Deadline writes, "Asked this morning about how viewers have responded to his turn as Viktor, Page told GMA, 'So far it’s seemed really positive, which makes me feel happy in terms of the representation and hopefully it meaning something to people.'

On the flip side, Meyers last night asked the actor about enduring negative reactions to his transition.

'What I want to focus on right now, and [it] has been so extraordinary,' Page told the Late Night host, 'is the degree of joy that I feel. The degree of presence that I feel. I feel a way that I really never thought possible for a long, long time.'

In March, Page revealed his character’s transition on social media.

'Meet Viktor Hargreeves,' Page wrote, along with a first-look photo.

Netflix followed up with a retweet of Page’s post, writing 'Welcome to the family, Viktor — we’re so happy you’re here.'”

Page first announced his new name back in December 2020, introducing himself as Elliot.

Despite the fact that the public was taken by surprise, Page explains that the people closest to him welcomed his transition with open arms. Page told Meyers, "Most people weren’t surprised. It’s something that I’d been talking about with a lot of people in my life."

Page tries to brush off negative comments and instead focuses on the joy and relief transition has brought to his life, explaining to Meyers, "It’s like – we’re all on the same team here, you know? Whether you’re trans, gender-nonconforming or cis; we all have these expectations and these limits and constraints, because of people’s obsession with the binary and how we’re all supposed to live our lives."

He wants his critics to consider the fact that transition brought him joy, and take that to heart on "some level."

But even if the naysayers are busy, fans are excited – and showing their love online for the Umbrella Academy star, both for Viktor's transition, and his own.

The Public is Learning

Watching Page live his life simply, authentically, and honestly is teaching people whether they realize it or not.

Because Page has been an actor since he was a teenager, he almost grew up in the public eye. Watching him transition to Elliot has given fans who don't otherwise interact with transgender people a chance to see what it's like and understand the joy it brings.

Page is just as eloquent, skilled, and kind as ever – so what is there to criticize? Although Page doesn't live his life to be an icon, his public transition is helping normalize the right for transgender people to live authentically and helping those still in the closet to feel like there's hope. After all, if an actor under the public eye can transition in their 30's – maybe there's hope for them, too.

It may not have been planned that way, but Viktor's affirming debut during Pride month is exactly the message the world needs.