Another One Bites the Musk: Elon Musk’s Newest Affair News has ‘Gone Supernova’ 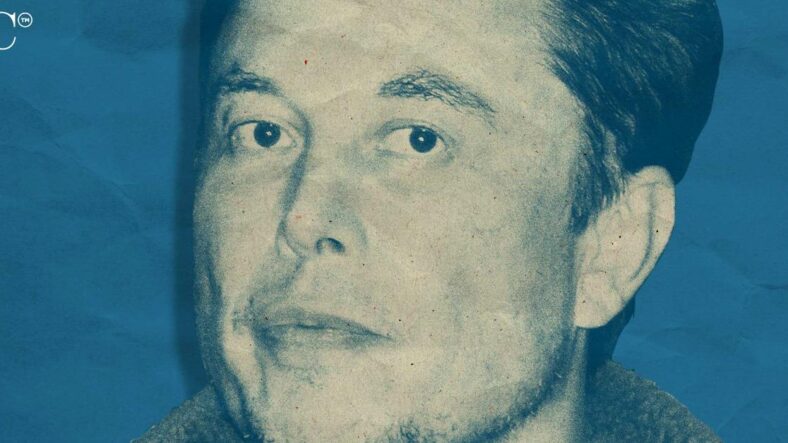 It 'musk' be difficult being one of the most instantly recognizable faces in the world – and having your entire life under constant scrutiny.

Billionaire tech mogul Elon Musk comforts himself by cracking jokes on Twitter, making babies (he's up to 8 now) – and apparently sleeping with his best friend's wife.

Musk playfully takes exception with the focus on his sex life, even as he basks in the attention – and promises to focus on something a little more productive than the dance in his pants.

The amount of attention on me has gone supernova, which super sucks. Unfortunately, even trivial articles about me generate a lot of clicks 🙁

Will try my best to be heads down focused on doing useful things for civilization.

It's weird to think of Elon Musk as having something as normal as a friend, but he does. Or did, to be more precise.

Because news broke this week once again that Musk has been getting hot and heavy under the sheets with someone – and this someone happens to be the wife of his good friend, Google co-founder Sergey Brin.

Of course there is room out there in the world for people who sleep with each other's wives, and everything is copacetic, but that doesn't seem to be the case with Musk and Brin's wife, Nicole Shanahan.

Musk said on Twitter of the accusations, "Yeah, the character assassination attacks have reached a new level this year, but the articles are all nothing-burgers.

I work crazy hours, so there just isn’t much time for shenanigans.

None of the key people involved in these alleged wrongdoings were even interviewed!"

But CNN explains, "Brin filed for divorce from Shanahan in January due to irreconcilable differences, according to court documents filed in California seen by The Journal. He did so several weeks after discovering the affair, the publication said.

The two billionaires have been friends for many years, with Brin providing about $500,000 of funding for Tesla in 2008, when the company was struggling financially, the Journal said.

Musk reportedly dropped to one knee in front of Brin at a party earlier this year to ask for forgiveness over the affair, it added."

Musk denies the whole thing and insists that he and Brin are still friends.

The Tesla and SpaceX founder said of the incident on Twitter, "The amount of attention on me has gone supernova, which super sucks. Unfortunately, even trivial articles about me generate a lot of clicks 🙁

Will try my best to be heads down focused on doing useful things for civilization."

The frowny face suggests he's anything but bothered by the headlines.

Whether or not populating Mars through his own efforts alone would be considered "useful" for civilization is up to individual interpretation, however. His companies' scientific advances are inarguably vital for the next stage of human space exploration and technological evolution, but Musk himself seems focused on more personal tasks.

Musk is a Bad Boy, Apparently

Unfortunately for Musk – or maybe fortunately, given how much he seems to revel in the press, negative or not – his reputation precedes him.

Musk made news earlier this month for welcoming twins – with someone he wasn't ostensibly in a relationship with, just weeks before he and his life partner (at the time) Grimes welcomed a child together.

Musk's romantic life has been the subject of great interest from the press in recent months after the affair with the baby mama of his twins came to light – it turns out she was one of the top executives at his startup, Neuralink. Neuralink puts computer chips in pig brains and hopes to cure disease, just so everyone's caught up.

And on the business side of things, Musk is facing a legal battle with Twitter after making overtures to buy it for $44B and then withdrawing, breaking his intent to purchase contract.

Piling on to the billionaire's woes, Musk's eldest child recently filed to change her new name and legally affirm her gender – in the process, avowing to no longer be related to her father in "any way, shape or form."

Musk may be busy reaching for the stars – but it's things a little closer to home that could probably use a little more attention.

Or less attention, depending on whether you're talking about Musk's family or the state of his drawers.

Musk has also been spending some time playing politics, pitting former President Donald Trump and Florida Governor Ron DeSantis against one another.

Where he finds the time to have his finger in every pie is the real question – is Tesla hiding a time machine? We're kidding. Probably.