The 2024 presidential election is already on minds and tongues across the country. Rumors have been circulating since 2020 that 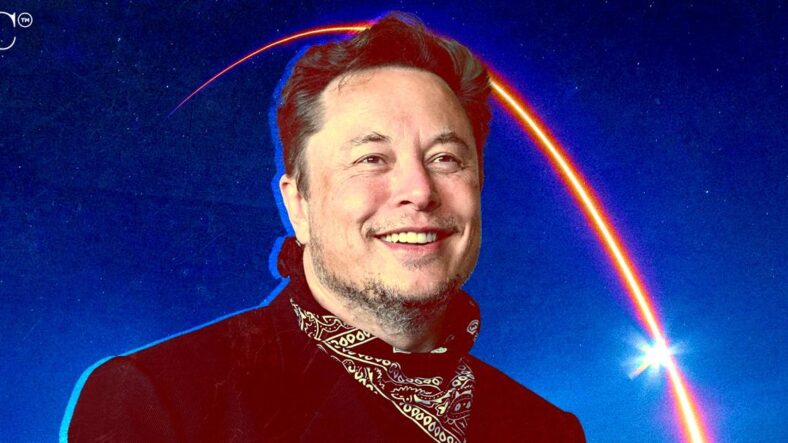 The 2024 presidential election is already on minds and tongues across the country. Rumors have been circulating since 2020 that former President Donald Trump was planning to run again, and he all but confirmed it on a since-removed Nelk Boys video interview. Trump has avoided announcing officially otherwise the campaign funding oversight kicks in, but it seems like a pretty done deal by now.

However, one Republican party star is a little more uncertain – Florida Governor Ron DeSantis. DeSantis himself has said he's focused on Florida alone, but then again he's facing an election this year so it behooves him to convince voters that he's laser focused on more local issues.

It's clear Republicans don't believe him though and expect his hat in the ring for 2024. Chief among those Republican voters is now Elon Musk – billionaire and stock market monkey wrench extraordinaire.

Musk is now signaling strongly that he'll back DeSantis in 2024 if he should run, not the party's darling Trump. Does this spell a problem for Trump, who many believe would coast through 2024 primaries?

Earlier this year, Telsa founder Elon Musk revealed that he was officially becoming a Republican. This shocked exactly no one, since he's been spousing Conservative views on social media for as long as he's been famous.

But Musk recently flexed that position for the first time, revealing on Twitter this week that he's cast his first vote as a Republican – in favor of South Texas' Mayra Flores, who flipped a House seat in a special election after the resignation of Democrat Filemon Vela.

Musk told the Twitterverse that it was "TBD" if he would vote Republican in the presidential election.

However, there was no hesitation when asked who he would pick if he should do so – it's Ron DeSantis.

In the past, Musk has done what he does best and sown chaos by donating money across the board to a variety of candidates, and told Twitter users yesterday that, "I’m thinking of creating a 'Super Moderate Super PAC' that supports candidates with centrist views from all parties."

Of course, given Musk's penchant for causing chaos and destabilizing every system he touches on purpose, picking DeSantis could just be a play to keep people on their toes going into 2024. Or it could be genuine – after all, the two share a lot of Conservative values; moreso than Musk and Trump.

Who Wins that Head to Head?

But if he makes it official, would Musk's endorsement of DeSantis change the race's outcome – assuming DeSantis does end up running, as most experts predict?

The answer could well be yes.

In straw polls and phone polls across the nation, Trump and DeSantis battle it out for first. Among more conservative and traditional voters, DeSantis is the favorite.

But among the new breed of Republican voters who aim primarily to upset the establishment and long for more of Trump's maverick ways, the former President wins handily.

But for better or for worse, Musk is popular. His endorsement one way or the other could tip the balance for those who like Trump, but trust Musk's vision for the economy and the country as a whole.

As the election inches closer, eyes will be on DeSantis, Trump, and now Musk – which is just how the billionaire likes things.