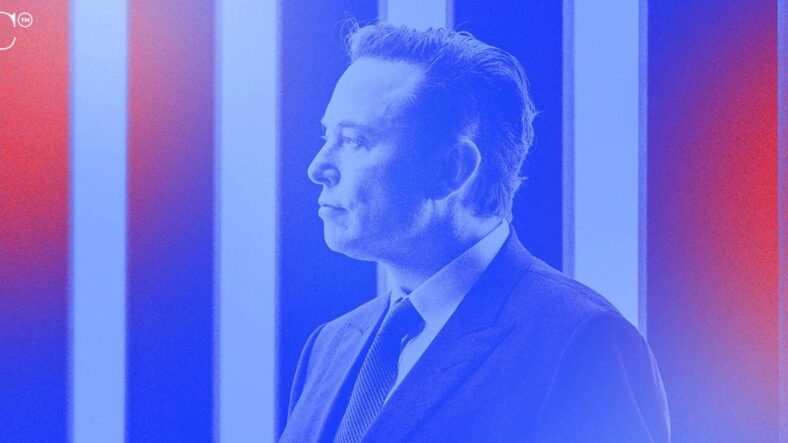 Elon Musk usually makes headlines for controversial statements and cutting-edge technology – some of which is a little out of this world.

This week however, Musk is making headlines because of the fruit of his loins. News broke recently that the tech mogul has fathered another two children – and he has some thoughts on his quest to single-handedly raise the world's birth rate.

Musk’s Plans to Save the World (Birth Rate)

USA birth rate has been below min sustainable levels for ~50 years pic.twitter.com/v5PSLbvEAE

According to Elon Musk, a "collapsing birth rate" is the single greatest danger that civilization faces.

It's not climate change, it's not nuclear war, it's not economic collapse; it's people not getting busy enough.

Musk tweeted, "Doing my best to help the underpopulation crisis.

A collapsing birth rate is the biggest danger civilization faces by far." The billionaire adds, "Mark my words, they are sadly true."

If it seems a little random for the Tesla founder to be talking about his efforts to reproduce, it's not – headlines broke this week that Musk has fathered an additional two children, twins who were born weeks before his on-again, off-again life partner welcomed their newest child last year.

That brings Musk's total progeny up to a whopping total of 10 – that we know of.

Musk wants the world to know though that he doesn't just enjoy making babies, he's doing it for the future of humanity.

And the population of Earth isn't his only concern – Musk also tweeted, "Population of Mars is still zero people!" and concluded with, "I hope you have big families and congrats to those who already do!"

Right there with you my Brother!✊

One notorious father-of-many couldn't help but get in a playful jibe. Nick Cannon, former Nickelodeon star and producer, responded to Musk's, "doing my best" tweet with some solidarity of his own.

Cannon, who is expecting his eight and ninth children simultaneously with different women, responded, "Right there with you my Brother!"

But is there any truth to the "underpopulation" theory?

Although the Earth is currently facing a crisis between supply and demand of the population, experts believe the planet can comfortably sustain all – as long as there's a workforce to produce adequate supply.

Unfortunately, as the birth rate declines and people opt out of first or multiple children due to economic and global concerns, a worker's crisis may follow.

If there are more people who are aged and retired than there are working, not only will it be difficult to financially support the aging population, but there will be a shortfall of services and products.

And Musk is right about one thing – Mars is decidedly lacking in a workforce.

Of course, the idea that Musk or his children would contribute to the workforce is laughable, and having children you aren't particularly involved with is never the best idea.

One of Musk's children has even disowned her father – so before he works on populating Mars with mini-Musks, he may want to focus a little closer to home.