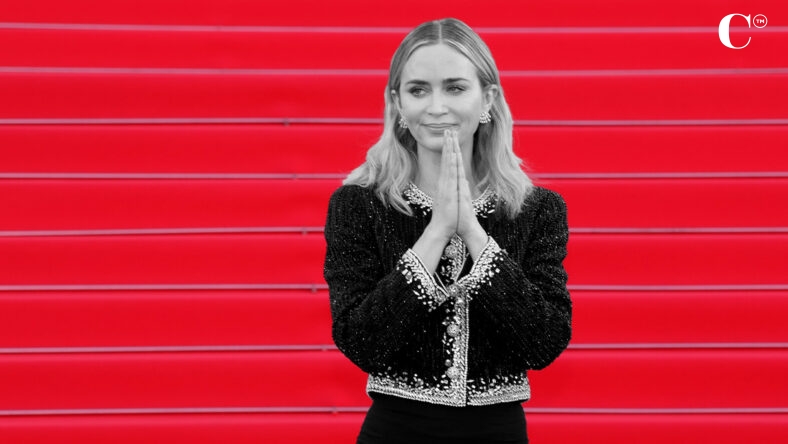 Emily Blunt happily states that she would do a sequel to The Devil Wears Prada just to be with her co-workers again.

She shared in an interview with PEOPLE this past Thursday that she would be on board for a sequel to her 2006 film which also starred Anne Hathaway, Meryl Streep and her real life brother in law Stanley Tucci. “The green eye shadow is so horrifying, it has to get another outing. So bad,” Blunt joked of her character Emily Charlton, an assistant to the intimidating editor of the fashion magazine, played by Streep.

See: RYAN REYNOLDS WAS IN ‘ACTUAL HELL’ WHILE DOING ‘THE MASKED SINGER’ OVERSEAS

She added of her costars, “And the fashion — we loved it. I would do [a sequel] in a heartbeat just to play with those guys again. It’s so fun.”

When Hathaway was on The View last week she explained why the sequel to the movie wouldn’t be a thing.

“I don’t know if there can be [a sequel movie],” said Hathaway, who played new-hire Andy in the film. “I just think that movie was in a different era, you know? Now, everything’s gone so digital, and that movie centered around the concept of producing a physical thing. It’s just very different now.”

“Although,” she continued, “it is tempting to think about Andy and Emily needing to get
Miranda her coffee and she’s somewhere in Europe. And then along the way they pick up Stanley Tucci in Italy, who’s at a restaurant. It’s tempting, but I don’t think it’s gonna happen.”

Hathaway did suggest having another movie but wasn’t sure if they were able to reboot it or not.

Emily Blunt Doesn’t Think a Sequel or Reboot is Likely

A post shared by best of emily blunt (@badpostblunt)

Blunt told PEOPLE back in 2018 that she didn’t think a second movie was likely. “If everyone did it I would be up for it,” she said at the time. “I almost hope it doesn’t [happen] because I think sometimes when you sequel everything kind of dilutes how special the original is.”

Director David Frankel said the studio “didn’t ask for” a sequel but “we had a meeting where we said, ‘What could we do if there was a sequel?’ Maybe it was stupid; we felt like, no, this story has been told.”