End Overdose: The Foundation Donating Their Time To Save Lives

Medication, Intervention, Education and Awareness are the four words that the non-profit End Overdose refers to when talking about the 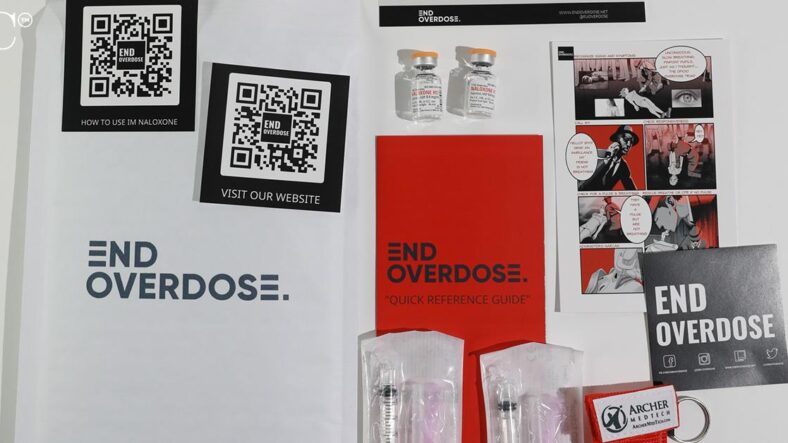 Medication, Intervention, Education and Awareness are the four words that the non-profit End Overdose refers to when talking about the solution to saving a life from an overdose. It’s common to associate the term ‘overdose’ with death however, the two aren’t necessarily synonymous. It’s possible to survive an overdose or save someone from an overdose. And, it’s even more possible to avoid one entirely. That’s where the End Overdose organization comes in.

The growing non-profit “provides the necessary training and tools to reverse and prevent loss of life,” according to their website. Based in Los Angeles, the organization trains over a thousand people a month through their online program alone, shared Theo Krzywicki, Founder and Chief Executive Officer of End Overdose.

Krzywicki sat down with CELEB to discuss the reality behind overdose and his mission to bring it to an end. Him and his team bring awareness to people across the nation with both their online and in person training program. “We’ll go in and train nightclubs. We’ll go in person and train the bar staff. We’ll have the event staff come in. We’ll make sure everyone’s secure,” shared Krzywicki. He continued, “We just keep evolving it and making it better for the people that are using it.” 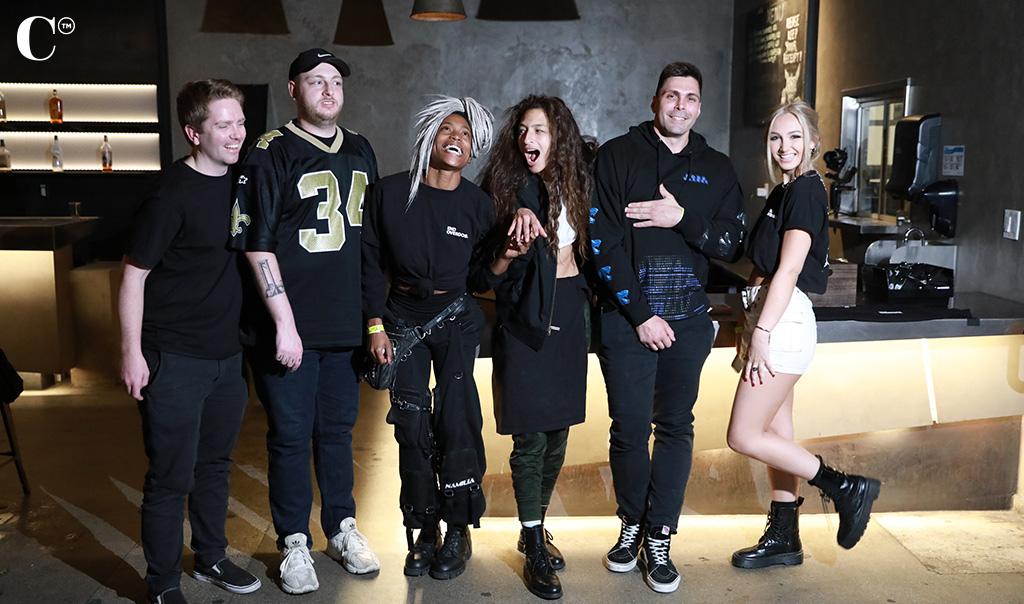 Theo Kryzwicki is no stranger to the disturbing reality of drug addiction and drug overdose. The wake up call for him came through the voice and actions of his parents. “It’s not a happy memory actually,” shared Kryzwicki. He shared with CELEB, “My dad told me that I reminded him of his dad who was an alcoholic. And he said that he couldn’t have anything to do with me anymore. And my mom was just silent, stared and acknowledged it because of her upbringing. And, they were so hurt, that I realized without them really saying anything, but, just by that experience and them not being in my life, how crazy addiction was.”

The non-profit Founder got real with CELEB about his personal story and how it influenced the birth of End Overdose. The Seattle, Washington native was exposed to addictive pain killers at the young age of thirteen. And unfortunately, this type of story is more common than it should be. Kryzwicki explained that he had a serious leg injury, “I was on painkillers for about six months. And during that time, that was kind of the height of Oxycontin.” He continued to share, “At that age I was already taking Percocet and Oxycontin and I thought it was for pain but I quickly realized that I really liked the feeling. It was more than just taking an Advil. And, it wasn’t hard to tell those doctors I needed more than I needed.” The aggressive painkillers were only a gateway into a more intense addiction, drawing Kryzwicki directly towards heroin. Heroin was in fact easier to obtain than alcohol at that time, he told CELEB. And reflecting on the result of this addiction between him and those around him, Kryzwicki shared, “I lost a lot of people in my childhood as a result of that. A lot of people that I grew up with got strung out and either passed away or are in jail.”

Losing the majority of his relationships was what Kryzwicki saw as rock bottom. He made his way to Los Angeles as an effort to shake the disease of addiction and to rebuild from within. He took action towards recovery and was sober for two years before starting End Overdose. His motivation behind it was to help the nation but was also personal. “I had about two years sober and this woman that I grew up with that I just loved to death, we were Bonnie and Clyde.” Kryzwicki opened up to CELEB, “I was basically just trying to get sober enough to get a house and a car and bring her out here and give her a good life. And I got a message, and basically she had passed away. She had died of an overdose.” He expressed the pain it brought him but also the drive it gave him to become a paramedic and fireman to take action towards saving lives, especially those who become victims to overdose. His experiences on the job opened his eyes to how avoidable overdose is IF people know what to do in the situation. And that’s where Kryzwicki and his team comes in. “The whole purpose of it is to make sure that people who want the ability to respond, have it,” referring to the non-profit and its training course. 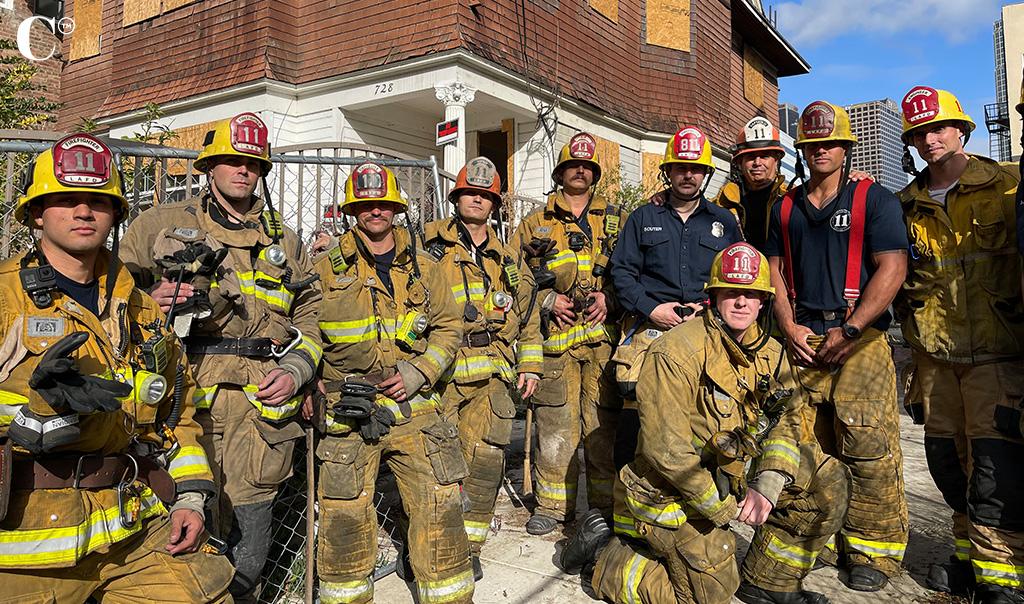 “Right now you can go online. Take an online training that’s 20 minutes and we deliver it (Narcan) to your house. We just charge you for shipping. We don’t charge you for medicine at all,” explained Kryzwicki.

Putting together an online training program was always in the plan for the End Overdose team. However, the pandemic shutdown fast tracked their efforts to get it up and running. Creating a platform online for individuals to be trained meant that they would have access to more people. Not only that, it adds the element of privacy. Kryzwicki explained to CELEB, “people still kind of feel a little uncomfortable coming out in public and getting that type of training. It makes it really discrete, nobody has to know. And, we give people a downloadable certificate to show proof of training.” The organization now certifies over a thousand people a month.

Diving into the details of the training, CELEB asked, “What can someone expect going into [the training] and what can they expect to get out of it?”

“So, basically what you can expect from one of these training’s is, first off, we don’t moralize or politicize anything. No matter what’s going on, we only do overdose,” shared Kryzwicki. He elaborated, “And so, in the training you’re going to learn, first off, what an opioid is. You’re going to learn what fentanyl is and why it’s so dangerous and how it’s affecting the drug supply, to give you a heightened awareness of why it’s a serious problem in the United States. You’re also going to learn how to identify opioid overdose and how to respond. And we do that in six steps. And those six steps are designed in a way that they’re reinforced throughout the training so you walk away having a mental blueprint of what to go off of.” Kryzwicki explained that a step by step procedure is more effective when in crisis mode. “You’re mind is going to go back to what you learned. It’s going to look for anything. And if you’ve been given a step by step process, it’s going to hold onto that and carry you through that critical time,” the active paramedic told us.

So, overall from the individuals in training will learn about the drugs which lead to overdose, how to identify and respond to overdose, what Narcan is, how to follow the steps to save someones life and, what happens after that. A Narcan kit will also be given to each person who completes the training.

Be Part Of The Journey Of Ending Overdose 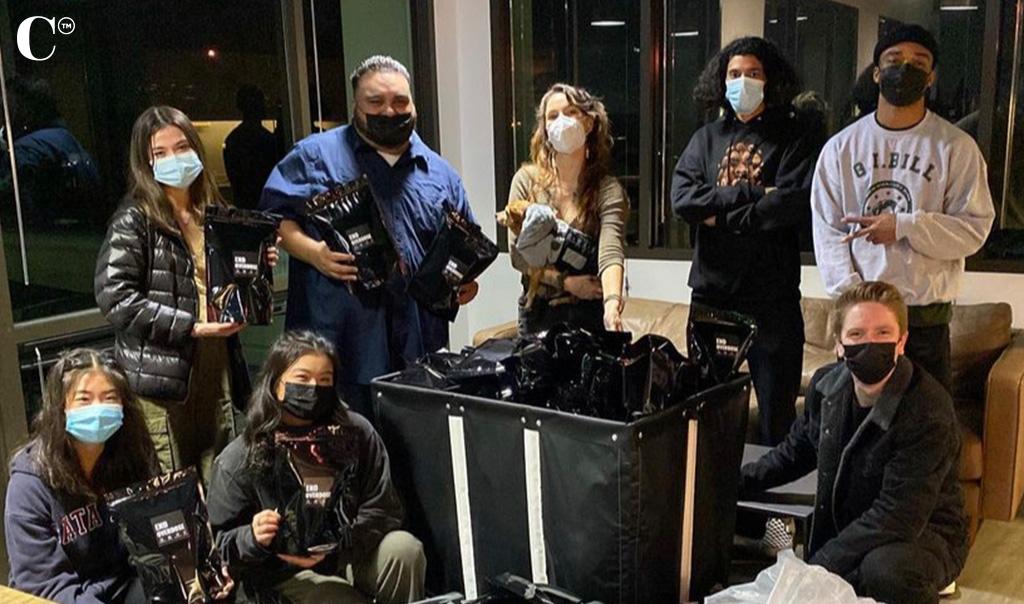 People experiment with drugs. That’s no secret. So, why not take as many precautions as possible? Kryzwicki gave the analogy of wearing a seat belt while driving. He put into perspective, “You always wear a seat belt. And, it’s not because you think you’re going to crash the car but, if there is a crash I’m going to be safe.” He referred back to a time when there was no seat belts however, in present day it would be bizarre to even think about removing them from cars. He continued on to explain, “that’s kind of like today’s current drug climate. You have drugs that are so powerful and you have nothing going along with it. In fact, you’re not even talking about it.” Kryzwicki took it one step further by sharing some numbers that may shock you but, are the unfortunate truth. He shared, “175 people a day die of overdose. And, it’s young people. The main cause of death for young people between the ages of 18-45 is Opioids. More than car crashes. So, at the same level that you’re making everyone wear a seat belt, why aren’t you making sure that everyone has access to these vital life saving things? Because you know people are doing it anyway.”

Fentanyl test strips test for about 13 different Fentanyl strains. “They prevent a lot of overdose deaths and they’re really easy to use,” said Kryzwicki. The Fentanyl strips are great for people who are more recreational drug doers. Where as someone who uses opioids, press pills, etc. will get narcan right off the bat. “There’s a difference between a hardcore user, a recreational user and an addict.” The difference is the mindset. “No consequence can make you stop,” explained Kryzwicki about being an addict. However, whether it’s addiction or recreational use, End Overdose has the goal of distributing as many Fentanyl strips and Narcan kits as possible.

If getting trained isn’t in your interest but you still want to be part of the efforts of bringing an end to overdose, you can support the organization with donations. And, that can be as simple as donating money or purchasing fentanyl strips. Donations go towards funding the organization and other areas of what they offer. The money goes towards supplying medication which they give out for free and it also goes towards training.

If you or someone you know is connected to a friend or family member struggling with drug addiction, Theo Kryzwicki shared advice on how to approach it. He told CELEB, “The first thing I would do is I would make sure that I was trained with Naloxone and I had Fentanyl test strips.” He explained that it’s an easy way to bring up the conversation. It also gives a sense of security. It cancels out feeling powerless if put in the situation of an overdose. And ultimately, Kryzwicki emphasized on the importance of talking to the person who is falling into the depths of addiction. He told CELEB, “If you care about them, talk to them. If that person is struggling with addiction, it’s not like they’re just partying on the weekends, then that’s really serious. They need to know that you love them. And even if they don’t think it’s a problem, they need someone to point it out. Because, part of that disease is they’ll never know.” The conversations won’t be easy but they will get the ball rolling towards healing.