Who Are The Dolan Twins Dating? A Complete Guide To Ethan And Grayson’s Love Lives

Ever since Ethan and Grayson Dolan started posting videos on YouTube and were propelled into the spotlight, fans have been 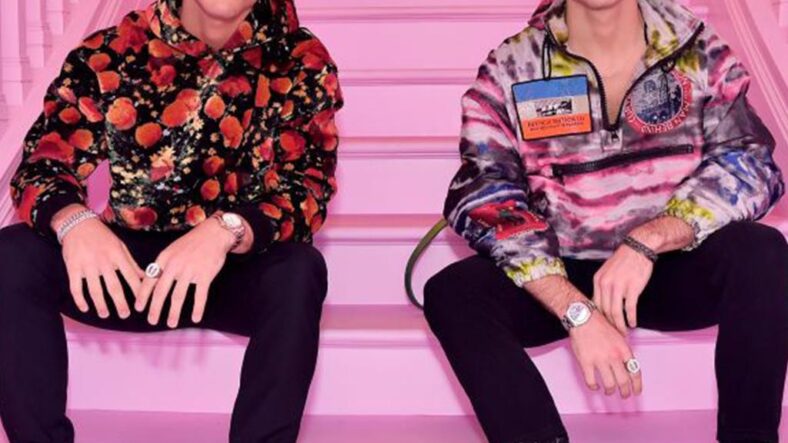 Ever since Ethan and Grayson Dolan started posting videos on YouTube and were propelled into the spotlight, fans have been wondering — are the Dolan Twins single?! We mean, between their adorable smiles, swoon-worthy bodies and amazing personalities, the entire world has fallen in love with the stars, so it’s only natural for fans to be curious about their love lives.

Well guys, CelebMagazine decided to investigate, and it turns out, they’ve actually kept their relationships pretty private over the years — but that hasn’t stopped fans from speculating about who they’re dating. Yep, there’s been tons of rumors surrounding their girlfriends, so we decided to break it all down for you once and for all. Who have they been linked to in the past? And are the YouTubers currently single or are they dating anyone at the moment? Here’s what you need to know…

Who Is Ethan Dolan Dating Now? 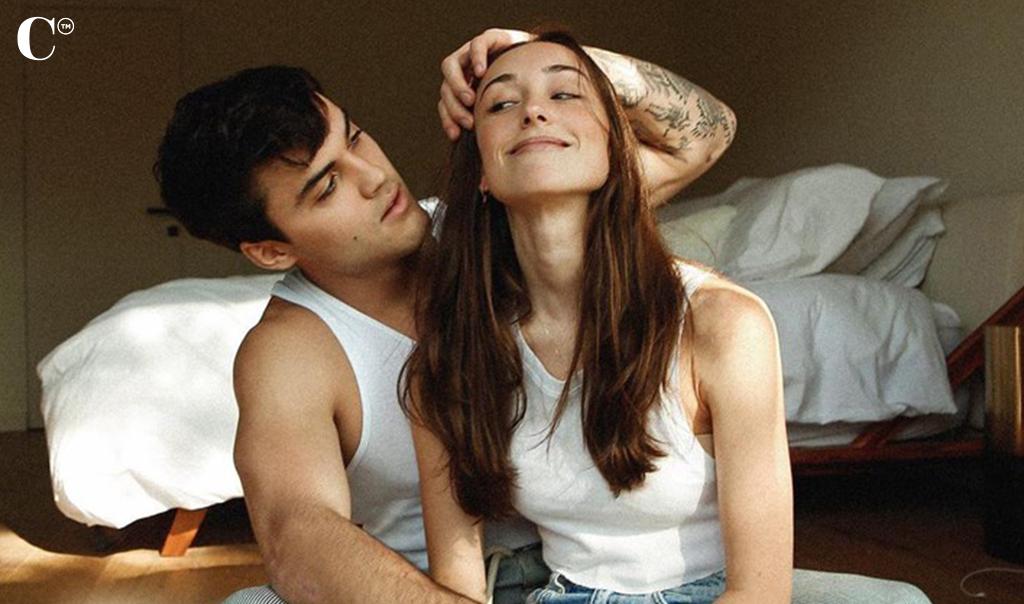 It turns out, Ethan is currently in a relationship with Kristina Alice, and they couldn’t be cuter together! For those who don’t know, the two stars actually first met back in 2018, after the Australian influencer played Ethan’s love interest in the “Hawaiian Party” music video. And get this — the social media star previously revealed in a YouTube video that when they first met, he had a major crush on her, but was too nervous to do anything about it. Awww!

Rumors didn’t start swirling that they were dating until December 2019, when the two stars were spotted cozying up on a beach in Australia together. They stayed pretty tight-lipped about it until July 2020, when the YouTube star, who is notoriously private when it comes to his love life, finally confirmed that he was indeed dating someone. While answering fan questions in a YouTube video, he said he was in a “committed relationship,” although he didn’t mention Alice by name. Then, in October 2020, Ethan introduced her the Instagram model to the world in a YouTube video called “Reunited With My Girlfriend.”

Who Was Ethan Dolan Previously Linked To?

This is actually the first time the 21-year-old has ever publicly confirmed a relationship. But many fans are convinced that he secretly dated Emma Chamberlain in the past. For those who forgot, the stars (along with his brother, Grayson, and James Charles) previously formed a group called “The Sister Squad” and they used to make videos together all the time. They would constantly spend time together, hang out, share the cutest pictures and collaborate on tons of different projects, and when some people started to notice a few flirty interactions between Ethan and Chamberlain, rumors started to swirl that they were in a relationship. Plus, when a fan was hating on her online, Ethan dropped a major hint that something was going on between them while defending her.

“Her lips deffffinitely aren’t crusty,” he replied to the nasty internet troll.

Many fans thought this was confirmation that they were more than friends because they pointed out that he wouldn’t know what her lips felt like if they hadn’t kissed — right?!

It’s also believed that Ethan dated model Meredith Mickelson in 2015. At the time, they shared a few PDA-filled photos together, but they have since been taken down. And when they went their separate ways a few months later, some fans were convinced that she cheated on the internet star. Why? Well, Ethan posted a video afterwards seemingly shading her, but it has now been deleted.

Who Is Grayson Dolan Dating Now?

As for his brother, it appears that Grayson is currently single! Yep, in a YouTube video posted in September 2020, Ethan claimed that Grayson had recently broken up with his girlfriend. Plus, he also tweeted a few days later that he had gone on a date, leaving fans to wonder if he was looking for someone new.

Goes on one date https://t.co/GYbVwaxwCo

Who Was Grayson Dolan Previously Linked To? 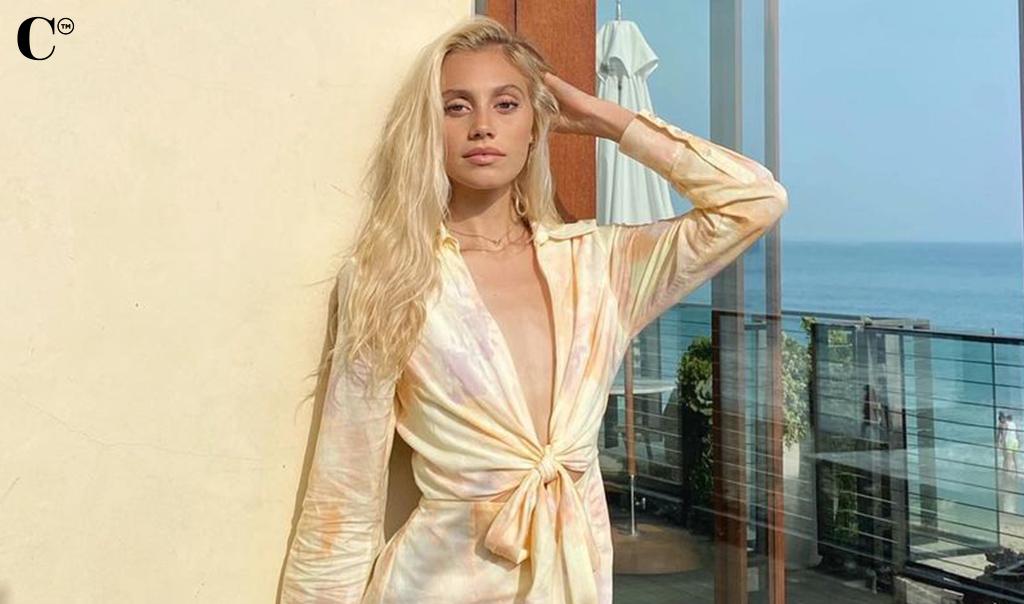 So who is the mystery girl that he broke up with, you ask? Well, he never publicly confirmed it, but many fans thought he was dating a model named Elizabeth Seward. Why? Well, they both shared pictures from the same view in Paris, leading many fans to wonder if they travelled there together. Plus, she allegedly liked a few comments about their relationship on Instagram.

Before that, he wasn’t publicly linked to anyone — however, there are some old pictures and videos that are circulating the internet that show him and an unnamed girl from his school cozying up together.

What Else Have The Guys Said About Their Love Lives? 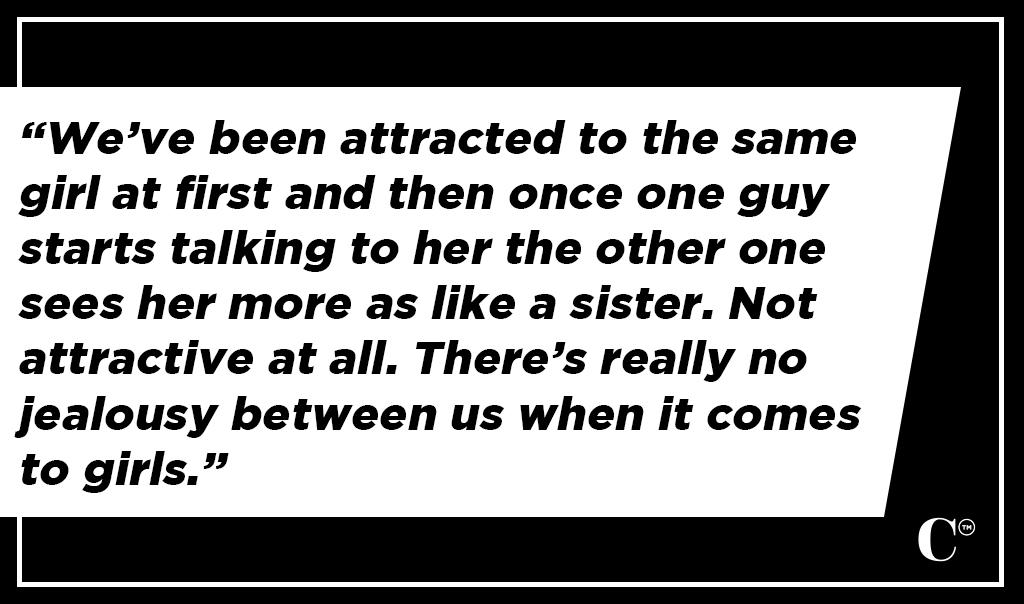 While chatting with a psychic in a past YouTube video, Ethan said that his twin tends to fall pretty hard for girls.

And in case you’re wondering, they’ve never had any drama over liking the same girl. Ethan explained in the same video, “We’ve been attracted to the same girl at first and then once one guy starts talking to her the other one sees her more as like a sister. Not attractive at all. There’s really no jealousy between us when it comes to girls.”

Oh, and do you have a chance with any of the guys? The answer is yes! Both guys have confirmed that they’d definitely date a fan, so now’s your chance, ladies.

“I mean I don’t think you can control who you fall in love with so if it happens… yeah, it’s a possibility,” Grayson told TRL, with Ethan adding, “Honestly, yeah I would. I would want my girlfriend to be a fan of me ’cause I would be a fan of whatever she was doing.”