Everything You Need To Know About ‘You’ Season 3

Ever since Season 2 dropped in 2019, fans have been patiently waiting on the edge of their seats for the 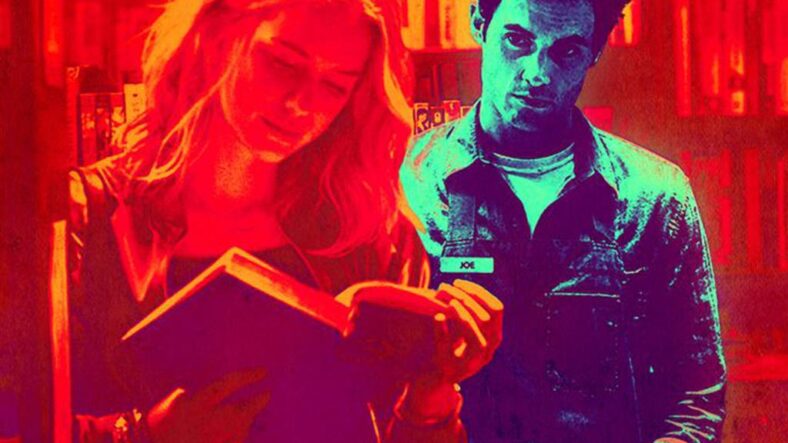 Ever since Season 2 dropped in 2019, fans have been patiently waiting on the edge of their seats for the third season of Netflix’s hit show You. And now, we finally know when it’ll premiere! That’s right, the streaming service just shared a trailer and the release date for the upcoming season, and it’s coming out way sooner than we all thought.

Mark your calendars, people, because it’ll hit Netflix on October 15, 2021. That means we’re only a few months away from a whole new set of episodes, and we can’t wait! In the one and a half minute teaser which was posted on Netflix’s YouTube account on Monday, August 30, Joe Goldberg (who is played by Penn Badgley) could be heard discussing possible baby names for his son while his wife, Love Quinn (played by Victoria Pedretti), bakes a cake. That’s right, for those who forgot, the second season ended with the bombshell announcement that they were expecting their first child together, and it sounds like it’s going to make things especially interesting.

“A boy is not what we expected, and I would be lying if I said that the thought of mini me was purely exciting and not without challenges,” Joe said. “Let’s just say, I’m hoping you do as I say and not as I do. But for you, I can change. I’ll be a man you look up to, a man you’ll be proud to call dad.”

What Else Do We Know About ‘You’ Season 3? 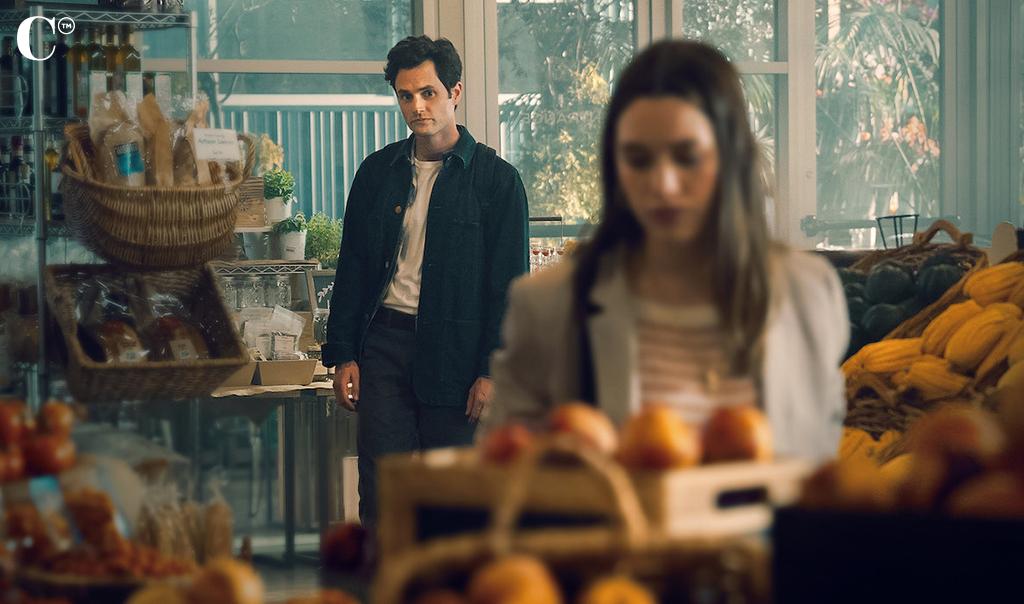 According to Deadline, here’s a synopsis for Season 3: “Joe and Love, now married and raising their baby — a boy named Henry — have moved to the balmy Northern California enclave of Madre Linda, where they’re surrounded by privileged tech entrepreneurs, judgmental mommy bloggers and Insta-famous biohackers. Joe is committed to his new role as a husband and dad, but fears Love’s lethal impulsiveness. And then there’s his heart. Could the woman he’s been searching for all this time live right next door? Breaking out of a cage in a basement is one thing. But the prison of a picture-perfect marriage to a woman who’s wise to your tricks? Well, that’ll prove a much more complicated escape.”

Gabrielle will play Marienne, “a smart, no-nonsense librarian who lives in Joe and Love’s neighborhood and doesn’t let much get by her,” according to Netflix. While Arnold has been cast as Theo, “a college student with a strained and complicated relationship with his stepfather.” Grant will play Sherry, “a ‘Mom-fluencer’ who appears down to earth, but is actually a mean girl who only pretends to welcome Love into her social circle,” and Speedman is going to appear as “a successful CEO, husband, and uncommunicative father. He’s reserved, mysterious, and has a tendency to be withdrawn … all of which masks a deep well of emotion underneath.” Plus, get ready for some flashbacks of Joe as a little kid because Fisher has been cast as a young version of Joe. We can’t wait!

What Has The Cast Said About It? 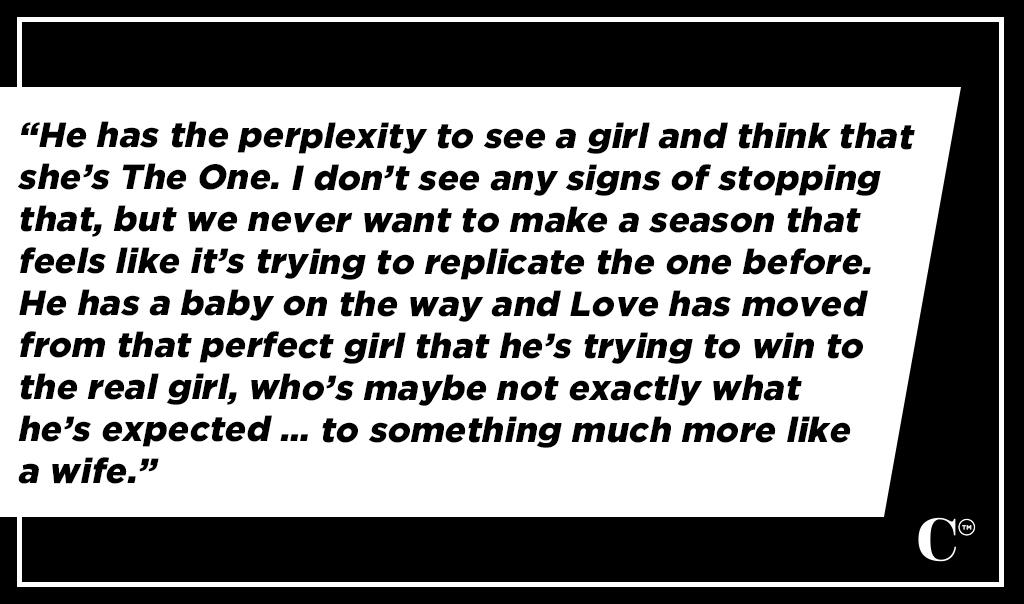 “It’s a show about love and obsession and where the line is between the two of those — and the character of Joe will always look outside himself for this thing that completes him,” showrunner Sera Gamble previously explained. “He has the perplexity to see a girl and think that she’s The One. I don’t see any signs of stopping that, but we never want to make a season that feels like it’s trying to replicate the one before. He has a baby on the way and Love has moved from that perfect girl that he’s trying to win to the real girl, who’s maybe not exactly what he’s expected … to something much more like a wife.”

She added, “[Love is] certainly set up to have very much her own story moving forward. It’s an interesting balance with the show You in particular because so much of the show is interested in showing you the world through this particular man’s gaze. He is our window into the world, in a much more direct way than on a lot of other shows. The intention is to build her out — her point of view, her desires, her problems — in a way that makes her feel as fully realized as her troubled romantic partner.” 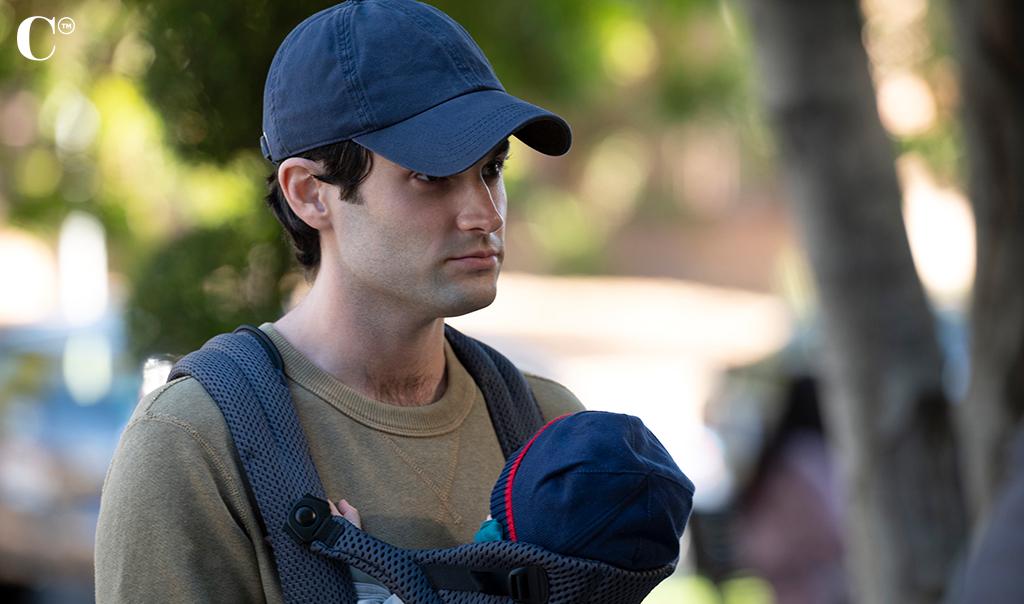 And according to Badgley, don’t expect Joe to change just because he’s now a dad.

“Does he have it in him, in that he’s a human being? Is it possible? Sure. And if there’s anything that can change a person, it’s parenthood. But I don’t know that Joe can or should change. I certainly don’t know if he will change,” he told TVLine.

As for Joe and Love, don’t expect them to have a great relationship.

“They’re not soulmates. He’s afraid of her at the end [of season 2],” the former Gossip Girl star said. “Basically, it’s set up for Season 3 in a way where they would be each other’s arch nemesis.”