Although it’s unthinkable to many, it’s not uncommon for houses where gruesome and famous murders have occurred to be bought 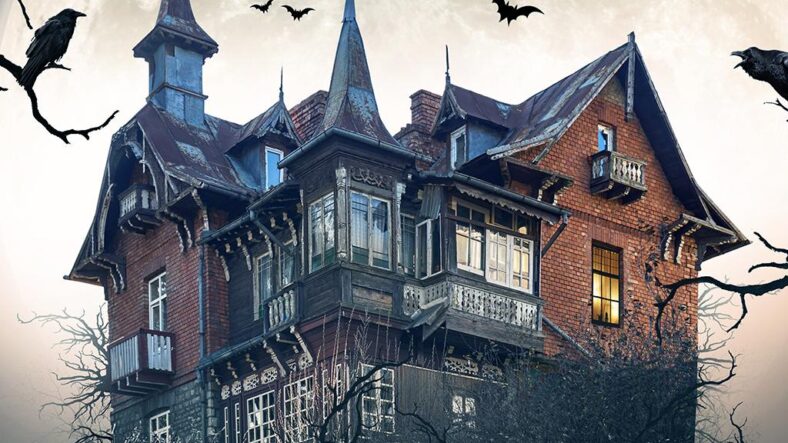 Although it’s unthinkable to many, it’s not uncommon for houses where gruesome and famous murders have occurred to be bought and lived in. Often because of their history, rather than despite it. With recent news revealing that the house where Chris Watts murdered pregnant wife Shanaan and their two daughters remains vacant two years later, how many so-called murder houses sell, and how many are too creepy for buyers to contemplate occupying? The answer may surprise you.

One of the most famous of the so-called, “murder houses,” in America is known as the Amityville Horror home. Dubbed thus after a movie was released about the home with the same title, the Amity house appears creepy at a glance. With eye-like windows glaring malevolently from beneath a curving roof, it almost seems to hint at the gruesome history inside.

Ranker writes, “In December of 1975, George and Kathy Lutz purchased a home at 112 Ocean Avenue in Amityville, Long Island, NY. The house had been empty for a year after its previous occupants, six members of the DeFeo family, had been murdered by another family member, twenty-three-year old Ronald DeFeo, Jr. Although the Lutzes were aware of the history of the house, its bargain price of $80,000 dollars outweighed any anxiety. The Lutz family, the parents and three children, moved in on December 18, 1975. Twenty-eight days later, on January 14, 1976, the Lutzes packed up and left.

In 1977, the purported non-fiction book, The Amityville Horror, by Jay Anson, recounted what had supposedly happened to the Lutz family during these 28 days. Terrifying paranormal events of slamming doors, sounds only audible to certain family members, voices telling their parish priest to ‘Get out!’, inexplicable fly infestation in the depths of winter, moving furniture, and oozing green slime were just some of the experiences mentioned in the book which came from a lengthy taped conversation.”

Despite the house’s subsequent fame, it was sold again in 2016, and remains occupied. 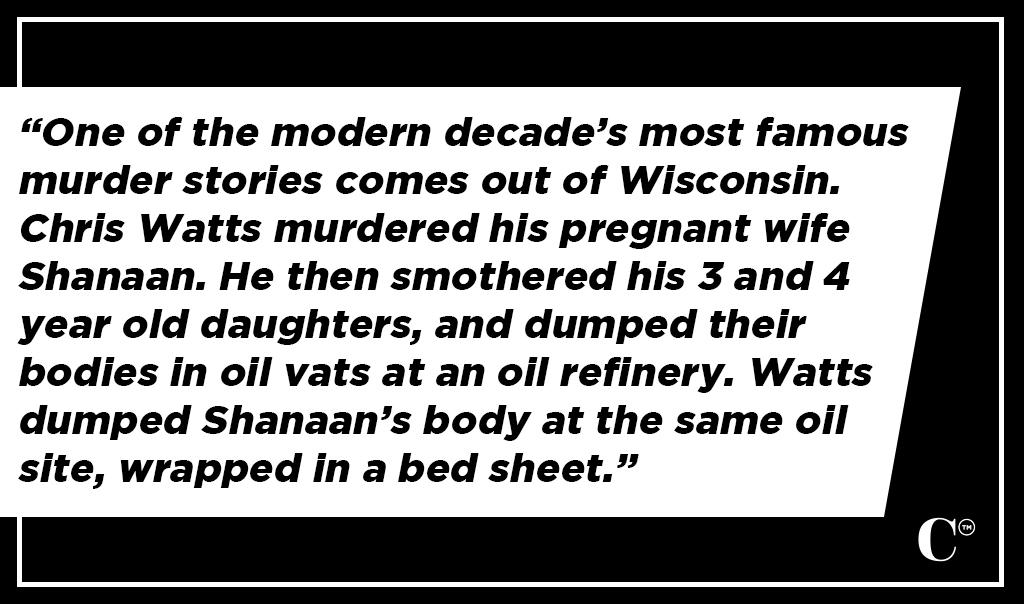 One of the modern decade’s most famous murder stories comes out of Wisconsin. Chris Watts murdered his pregnant wife Shanaan. He then smothered his 3 and 4 year old daughters, and dumped their bodies in oil vats at an oil refinery. Watts dumped Shanaan’s body at the same oil site, wrapped in a bed sheet.

Apparently something about the house has turned all buyers off. After two years on the market, it remains vacant.

Lizzie Borden’s House is Open For a Relaxing Vacation? 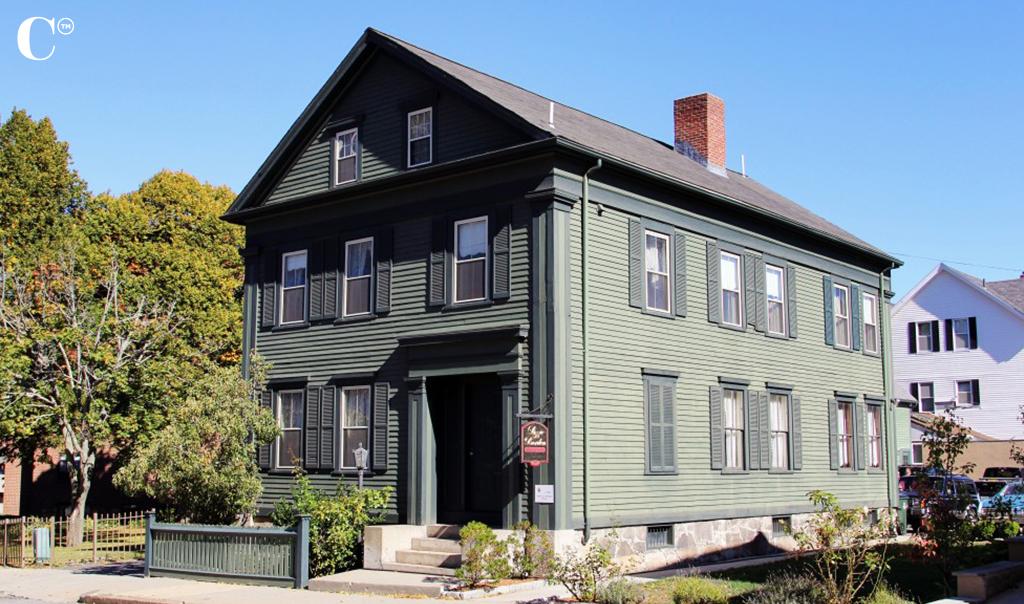 Per Ranker, “Lizzie Borden was the daughter of Andrew Jackson Borden and the step daughter of Abby Borden, Andrew’s second wife. Despite Andrew Borden’s considerable wealth, the family, including Lizzie’s sister, Emma lived at a modest home at 92 Second Street in Fall River, MA. On the morning of August 4, 1892, someone brutally murdered Andrew and Abby Borden – first Abby and then upon his return to the home, Andrew – with many savage hatchet blows to the head. Authorities immediately suspected Lizzie.

Long before the 20th century made a spectacle of public cases, the Lizzie Borden trial gripped the nation like no other. Unfortunately, forensics being what they were at the time, no smoking gun was ever uncovered and a jury acquitted Lizzie Borden in ninety minutes. That she disliked her stepmother, who she saw as a fortune hunter, and that she was angry with her father, who was both cheap and distributing property to his current wife’s relatives was not legally compelling.

Lizzie and her sister inherited the family fortune, Emma moved to New Hampshire but Lizzie spent the rest of her life in Fall River, albeit socially ostracized. She did move out of the house where her parents were murdered, which, today is a well-preserved bed and breakfast known as the ‘Lizzie Borden Bed and Breakfast Museum.’”

While most Americans probably consider it odd sipping tea and relaxing in a home where two people were gruesomely murdered, the Bed and Breakfast is famous and apparently does fairly well.

A Sorority House Where No One Speaks of It 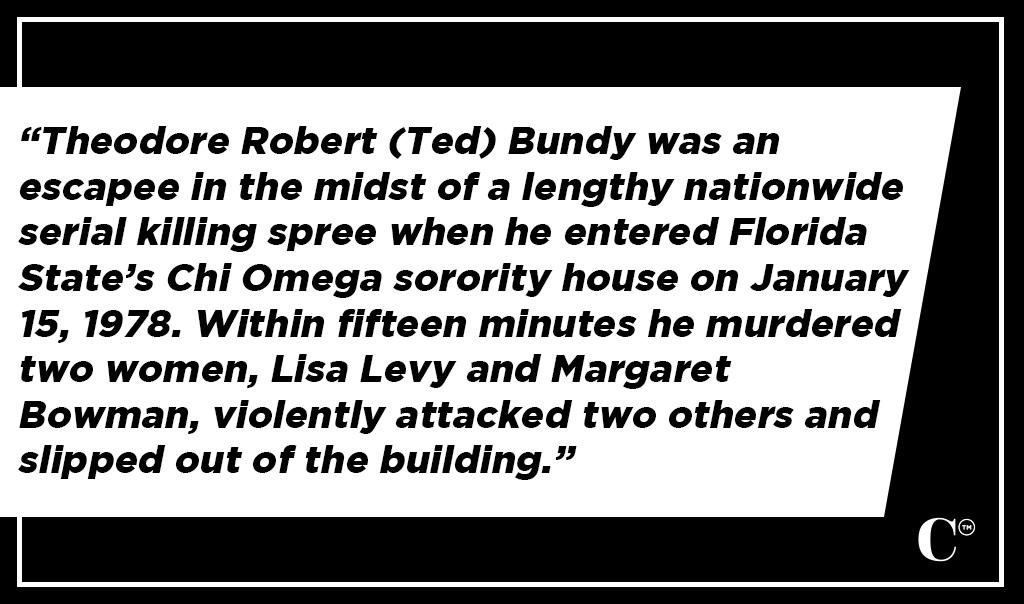 In 1978, the capitol city of Florida, Tallahassee, was gripped by terror. Over the course of a day, Ted Bundy attacked four women across the campus of Florida State University. Two of the women were killed, and the other two survived with horrifying injuries. The attacks occurred at the Alpha Chi Omega sorority on FSU’s campus. Shockingly, the sorority house remains in use to this day. Mention of the murders will be met with cold rebuke, and it’s considered unseemly to speak of them. Driving past the house, one is struck by a feeling of dread and an ominous sensation. Living inside the same walls must occasionally inspire a chill.

Ranker writes, “Theodore Robert (Ted) Bundy was an escapee in the midst of a lengthy nationwide serial killing spree when he entered Florida State’s Chi Omega sorority house on January 15, 1978. Within fifteen minutes he murdered two women, Lisa Levy and Margaret Bowman, violently attacked two others and slipped out of the building. After seriously assaulting another woman eight blocks away, Bundy returned to his boarding house near the FSU campus. Undetected by local police, Bundy would murder another victim, 12 year old Kimberly Leach, before fleeing Tallahassee in a stolen car. Police caught up to Bundy near the Florida-Alabama state line on February 15.

His trial, with a change of venue to Miami, in June, 1979, was the first nationally televised trial in US history. He was convicted through eyewitness testimony and forensic evidence matching his dental impressions to bite marks on Lisa Levy’s body. Bundy was electrocuted on January 24, 1989.  Today, the Chi Omega house, 661 West Jefferson Street, looks almost exactly as it did in 1979.”

The Lalaurie House of Horrors 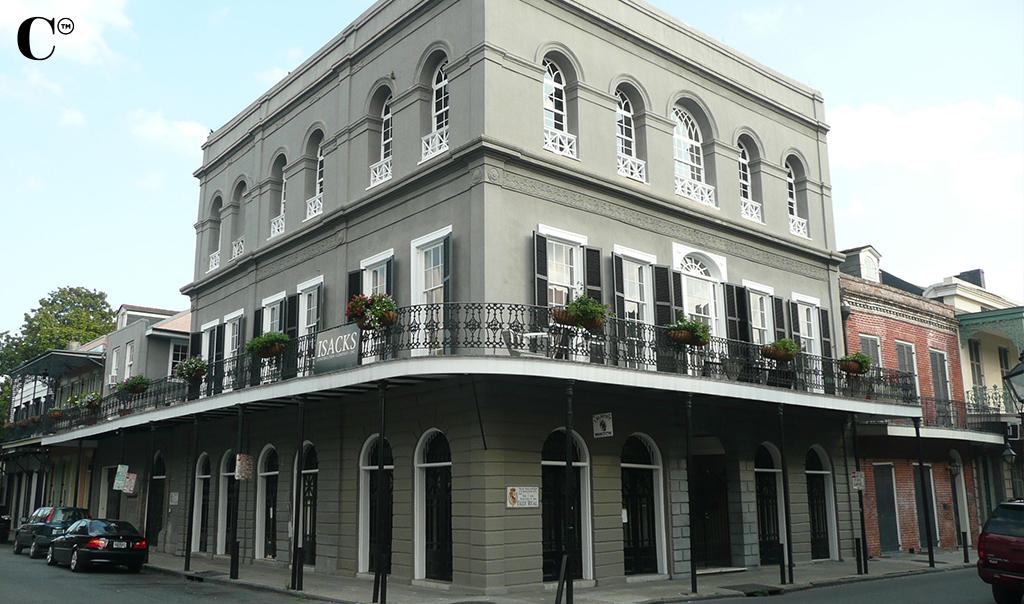 The French Quarter of New Orleans is well known for it’s ghost houses, and the Lalaurie Mansion is one of the greatest contributors to that reputation. The New Orleans Historical website shares, “Madame Delphine MacCarthy Lalaurie was a wealthy New Orleans socialite and notorious enslaver. In 1832, Madame Lalaurie moved into a neoclassical mansion at the intersection of today’s Royal and Governor Nicholls Streets with her third husband Dr. Leonard Louis Nicolas Lalaurie. Madame Lalaurie hosted many lavish parties there. However, through the years, information surfaced about her mistreatment of enslaved people.”

One of the most popular stops on the French Quarters’ famed ghost tours, the Lalaurie Mansion inspires dread to behold. In April of 1834, a fire in the residence led to a discovery that sent shock and horror through the community. Seven slaves were discovered locked up in the house, in various states of mangle or dismemberment. They were tortured horribly before the fire led to their discovery.

After the community discovered the horrors contained within, the original Lalaurie mansion was ransacked and gutted. It was later repaired to serve as a private residence that was eventually used as a school and apartments. The renovated residence stands to this day, an ominous reminder of the horrors that occurred within it’s walls. Faithfully created to resemble the original and the source of many ghost reports, it is currently back to being a private residence. The current owner reports no supernatural activity, but ghost tours still stop by to gaze up at the windows and wonder about the heartbreaking and horrifying history.

What is With America’s Fascination With Murders?

With, “murderino,” podcasts on the rise in popularity, America is clearly fascinated by serial murderers and hauntings. While it would be expected that these houses of sadness and horror would be torn down or remain empty, that’s clearly not the case with many of them. Other houses like the one where JonBenet Ramsey lived when she was killed, and where mobster Bugsy Siegal was killed are being occupied as well. Most of the most famous houses offer some sort of opportunity for those fascinated by the history to take pictures or tours, and the vast majority stand to this day.