FDA Orders Juul To Pull Its Products From the U.S. Marketplace

The Food and Drug Administration has ordered Juul products to be removed from the U.S. marketplace. The move from the 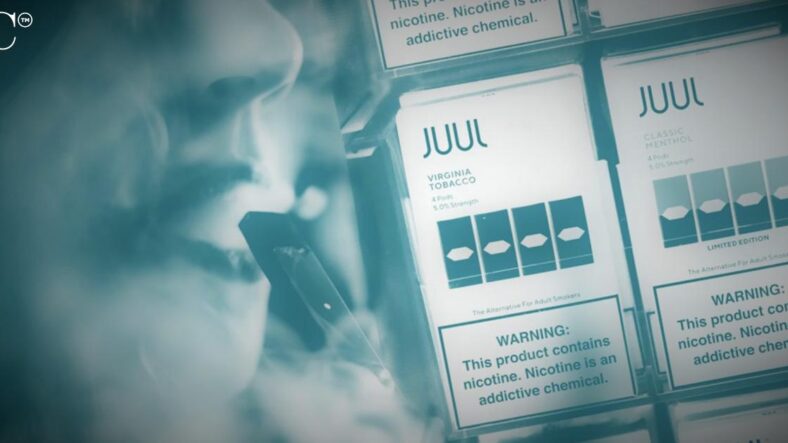 The Food and Drug Administration has ordered Juul products to be removed from the U.S. marketplace. The move from the FDA comes after the government agency concluded that Juul had not submitted sufficient evidence that its devices/products were safe.

Today's announcement comes after a nearly two-year review of data submitted to the government agency from Juul when the company officially submitted their application to the FDA.

"The company must stop selling and distributing these products. In addition, those currently on the U.S. market must be removed, or risk enforcement action."

Today, FDA issued marketing denial orders (MDOs) to JUUL Labs Inc. for all of their products currently marketed in the United States. As a result, the company must stop selling and distributing these products. https://t.co/wB1NlMaoep pic.twitter.com/h7JVMdl6XB

The FDA began seriously looking at Juul in 2018. That was around the time that the company came under fire for not only targeting a younger audience, but being partly responsible for a surge in popularity among younger smokers.

Just today, FDA Commissioner Robert M. Califf had this to say about the ruling, "We recognize these make up a significant part of the available products and many have played a disproportionate role in the rise in youth vaping."

In 2019, Juul stopped the sale of sweeter flavors and cut its marketing on social media. The company took action and implemented a new social media policy that would not feature models on Instagram or Facebook. Juul opted instead to “feature former smokers who switched from combustible cigarettes to JUUL on its social media platforms.”

A look at Juul’s mission statement on their website states that their “mission is to transition the world’s billion adult smokers away from combustible cigarettes, eliminate their use, and combat underage usage of our products.”

According to a fact sheet on Juul from the Centers for Disease Control, Juul e-cigarettes have a high level of nicotine. So high in fact that a single Juul pod has as much nicotine as a 20-pack of cigarettes. The CDC also reports that as of December 2017, Juul is the top selling e-cigarette in the United States.

Other similar studies on the subject report that in 2021, approximately 11% of high-schoolers, or 1.7 million teens, have admitted to using e-cigarettes in the last month alone. While that number is down from the 2020 number of 3 million teens having consumed an e-cigarette, the ruling today from the FDA signals, that isn’t enough.

Today’s move is just one leaf on a bigger plant aimed at cutting nicotine out. In fact, more moves could be on the way. In recent months the Biden administration has proposed other nicotine curbing actions.

Specifically, President Biden wants to reduce the level of nicotine in cigarettes and is wanting a ban on menthol cigarettes. Both proposals are part of President Biden’s Cancer Moonshot initiative which hopes to reduce cancer related deaths by half in the next 25 years.

The FDA is in step with the current administration. Officials say that in the coming weeks they will propose a plan to eliminate all nicotine in cigarettes here in the United States. If approved, and that’s a big if, the move would take several years to take effect.

While cigarette smoking has been in decline in the United States over the last few decades, it saw an uptick in the 2020 pandemic. Then, it was estimated that just over 30-million Americans were cigarette smokers.

As for today’s order from the FDA, Juul has a few options. They could appeal the decision and take the matter to the courts, or they could refile another application with the FDA.