Former NFL star running back Marion Barber has been found dead after police conducted a wellness check. Although no cause 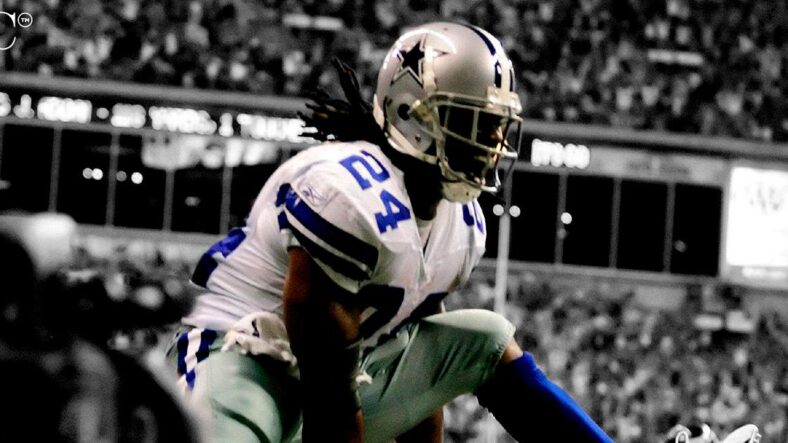 Although no cause of death has been released for Barber, his death is waving warning flags for those who feel as though the number of athletes dying has spiked significantly in recent years. Fans are wondering – why so many deaths? Some online blogs have been speculating that it's due to COVID vaccines, but there's a silent killer lurking that may be the culprit.

Barber was once the star running back for the Dallas Cowboys. In the 2000's, his name was in the headlines for the right reasons as his fierce on-field style became his signature and he brought it home time after time.

During his time in the NFL, Barber played six seasons with the Cowboys and one with the Chicago bears before retiring after the 2011 season.

But his time after the NFL was no touchdown.

NPR writes, "Barber's life after football was one of struggle, marked by concerns about his mental health and encounters with police in the Dallas metro area. Those mourning him include his former teammate Dez Bryant, who said last summer that he couldn't enjoy watching archival highlights of Barber's playing days, knowing the troubles he faced after his NFL career.

'RIP Marion Barber may God rest your soul,' Bryant said on Twitter. In a video, he urged athletes to look out for themselves, noting the deaths of former NFL players such as Demaryius Thomas and Vincent Jackson — who, like Barber, died in their 30s."

And those three star players are not alone. In recent years, troubling deaths of once-vaunted athletes has experts worrying that there's a silent killer coming for some of the country's biggest stars.

If it’s Not the COVID Vaccines, What is it?

A post shared by The Game Day NFL (@thegamedaynfl)

Online speculation turned quickly to COVID vaccines. But the timeline doesn't line up. The spike in athlete deaths began before COVID spread around the country, and far before the vaccines became widely used in the NFL.

So what's really killing these once-prime athletes? The answer may lie in their heads.

The conversation around athlete wellbeing sparked anew last year when former Bucs player Antonio Brown had an on-field meltdown and stormed off. CELEB explored, "The bigger picture of mental health struggles in professional football is a dark and worrying one. It comes in the form of CTE – Chronic Traumatic Encephalopathy, a possibly rare and poorly understood brain disease.

Currently, CTE is only diagnosed in post-mortem examinations, and it’s thought to cause deterioration of brain matter and an abnormal accumulation of a protein in the brain, called tau. Advisory explains, '… scientists believe that people who are diagnosed with the disease post-mortem can present with symptoms while they are living—such as aggression, anxiety, confusion, dementia, depression, memory loss, and substance misuse—that could serve as indicators of the disease. There is no known treatment for the disease.

While the exact cause of CTE remains unclear, many scientists theorize that it stems from repeated head trauma, and as such, much of the research done into CTE has focused on contact sports players, such as football and hockey athletes, as well as military servicemembers who’ve served in war zones.'

In 2017, JAMA published a study that looked at the brains of 202 deceased football players – and the results were breathtaking. Clear evidence of CTE was visible in over 87% of the brains examined. 133 of the brains showed severe symptoms, 44 showed mild symptoms. Advisory adds, 'Cause of death was also assessed by the researchers, who found that the most common cause of death among those with mild CTE was suicide, representing 27% of cases, while degenerative brain diseases like Alzheimer’s and Parkinson’s were the most common causes of death for those with severe CTE, accounting for 47% of fatalities.

…Perhaps one of the most notable cases was former Miami Dolphins linebacker Junior Seau, who committed suicide in May 2012 and was later found to have CTE at the time of his death. But Seau is certainly not the only case:

NFL Players Alive and In the News For the Wrong Reasons

Even those who survive the impacts of CTE (for now) are having their lives upended.

In 2021, Nate Hobbs became the second Raiders player to be arrested for DUI this season, after the highly publicized arrest of Henry Ruggs III. Ruggs was responsible for a crash that took the life of 23 year old Tina Tintor, and her dog Maxi back in November.

And in parallel, athlete deaths continue to rise, but since football is nothing new – what's changed?

Safety technology is better than it has ever been, with helmets protecting far better than they did even 20 years ago, but there's one variable that has changed faster than technology can keep up: the star factor.

Football players are no longer allowed to just be good athletes, they have to be extreme sports stars. Fans want to see games that are exciting, and that means more acrobatics and hard hits than ever before.

Although the NFL has tried to address the crisis with better safety gear and rules against head hits, they're inevitable.

And with even one hard hit to the head carrying the potential for lifelong damage, it's a situation the country will have to grapple with sooner or later.

Which is more important: the lives of athletes, or the football culture that has been a part of the backbone of America for generations? Or is it possible there's a middle ground that can preserve both?

So far, the country has avoided answering that most basic question, but the time of reckoning is coming as fans uncomfortably begin to note the rise in athlete deaths.