It's a stunning escalation in the efforts of the House panel investigating the events of January 6. Advisor to former 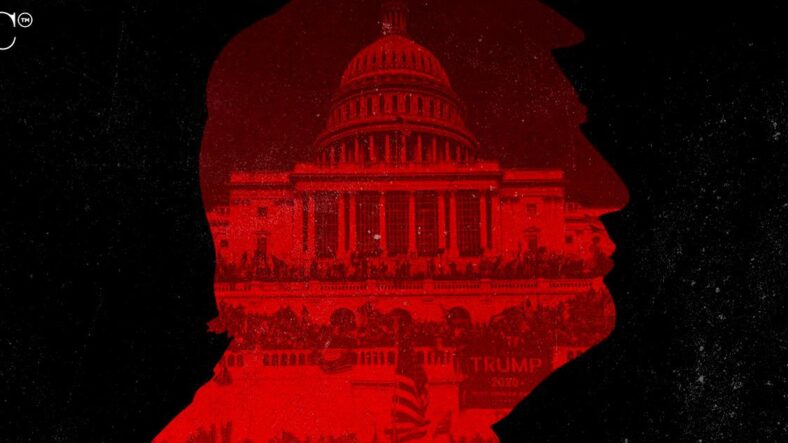 It's a stunning escalation in the efforts of the House panel investigating the events of January 6.

Advisor to former President Donald Trump, Peter Navarro, has been indicted for contempt after refusing to open up to the panel about Trump's actions surrounding the events of January 6.

Previously, Navarro said that he did not believe he had the ability to share the information without the greenlight of his former boss.

CNN writes, "A federal grand jury has indicted former Trump White House adviser Peter Navarro for contempt of Congress after he refused to cooperate in the House January 6 committee's investigation.

According to the Justice Department, Navarro will make an appearance in court Friday at 2:30 p.m. ET in Washington.

He faces two contempt counts: one for his failure to produce documents demanded by the committee and the second for failing to show up for subpoenaed testimony before House investigators."

Navarro recently filed a lawsuit trying to force the House to go through his former boss for permission to speak.

CELEB reported May 31; "Those close to the former President are mostly refusing to cooperate, leaving the committee frustrated and still seeking answers. Former advisor Navarro has joined the rank of those refusing to speak, but instead of outright refusing – he's given a reason.

According to Navarro, only the former President has the right to approve his ability to discuss sensitive matters. It's a ploy being used by several of Trump's former inner circle, and so far it's frustrated the January 6 panel's ability to piece together who knew what when. Navarro is filing a lawsuit against the committee now, requiring them to provide a remedy rather than continue to punish him for what he sees as his legal due.

Business Insider writes, 'Navarro disclosed the latest subpoena against him in the draft of a lawsuit that details complaints against the January 6 House Committee, House Speaker Nancy Pelosi, and the US attorney for the District of Columbia, Matt Graves.

It was served to his house by two FBI agents who 'banged loudly' on his door, Navarro's lawsuit said.'

Navarro has refused in the past to cooperate with the panel, despite the fact that the House has found him in contempt. Navarro calls their attempts to strongarm him 'unlawful' and describes a slippery slope."

Insider adds, ' 'Each of the issues raised in the lawsuit — which took several months to prepare – are ripe for the judiciary to address; I find it my duty to raise these issues now rather than submit to the coercion of a kangaroo committee,' Navarro told USA Today.'

Navarro will file his lawsuit later today, and plans to represent himself in the case."

Other Loyalists Have Refused to Crack

Navarro is not the only Trump inner circle loyalist who has refused to speak, merely the latest.

But Congress has been slow to censure their own members, so they may avoid the penalties being faced by Navarro and others.

This is a breaking story, check back for more information.