Beer and french fries; for some, this combination conjures up images of Saturdays with friends or evenings at your favorite

Beer and french fries; for some, this combination conjures up images of Saturdays with friends or evenings at your favorite pub. The flavor combination of a good bitter beer and a rich savory fry is how many people celebrate some of the biggest milestones in their lives. Whether it's a wedding, game night, or a birthday party – there's nothing quite like your favorite drink and snack combo. Fried to that perfect golden brown, french fries are one of the world's most beloved bites.

Stella Artois knows this, and they're teaming up with Chef Roy Choi to launch an immersive nationwide event they're cheekily calling, "Frites Artois." Bringing together the Belgian heritage of Stella Artois and taking french fries to the next level, this is one dynamic duo you won't want to miss. 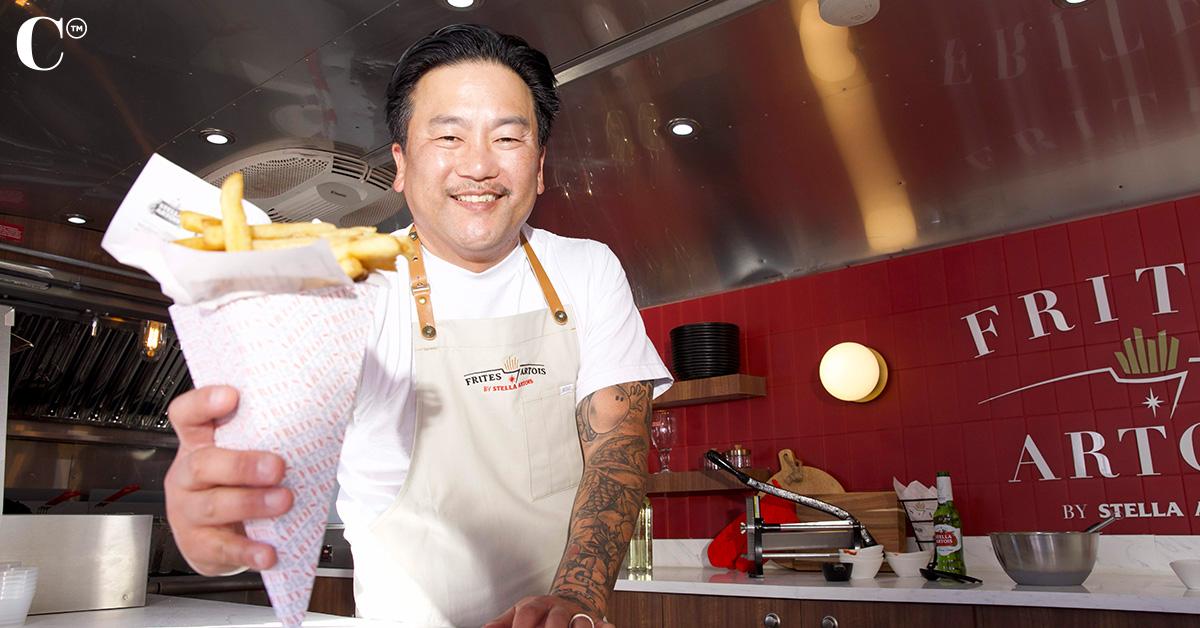 Starting today – April 20 – Stella Artois is elevating the french fry game along with the expertise of Chef Roy Choi. They're rethinking the french fry and giving it an elegant upgrade. The name "french fry" is a bit of a misnomer – because french fries were actually conceived of in Belgium. This makes them the perfect complement to Stella Artois' world-famous flavor, as a fellow Belgian cuisine delight.

Frites Artois is an experiential series that leans heavily on that Belgian tradition and brings the flavorful duo to the entire nation. Events of note in the series include, per the Frites Artois team:

Lauren Denowitz, U.S. Head of Marketing, Stella Artois shares in a statement, “The Life Artois, at its core, is all about savoring. Savoring time, savoring moments, and most importantly savoring a delicious meal with those who matter most. Frites Artois was founded with this core belief in the forefront. Our goal was to create a scalable experiential campaign that is localized, easily scalable, and gives a nod to our Belgian heritage. For the inaugural event, we’ve collaborated with Roy Choi as well as local tastemakers to transform the classic fry and turn it into a frite that celebrates the culture of Miami, reminding locals that simple upgrades, like turning a fry into a frite and choosing a premium lager like Stella, can turn any moment into one worth savoring.”

Roy Choi, Chef, television host, and best-selling author adds, “I love french fries, and while it’s a seemingly simple thing, it’s quite the particular thing to get right. I’m really excited to be joining Stella Artois for their ‘Frites Artois’ program, where I’ll be doing up the french fry and putting my touch on it where this small fry becomes a big cone of pomme frites. Guests attending can enjoy tastes inspired by local flavors and culture and an evening filled with delicious frites and ice-cold Stella’s. Boom!"

For more information on the events and locations or to plan your cuisine experience, visit the website. 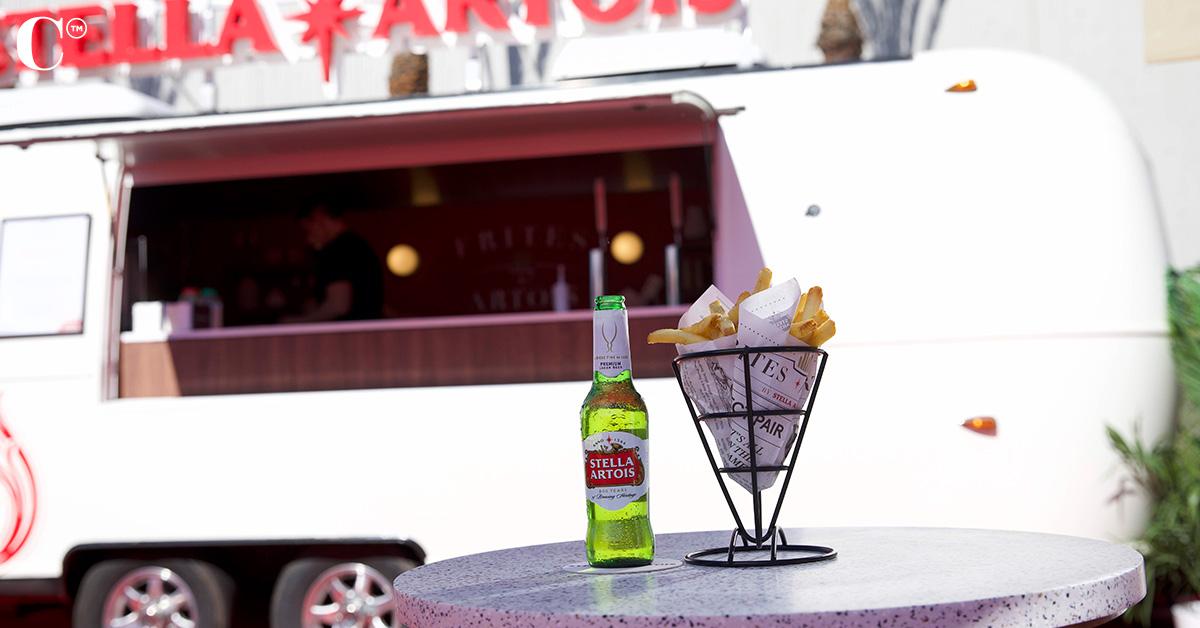 Winner of the 2019 World Beer Award for World's Best International Lager, Stella Artois can trace its brewing tradition all the way back to 1366 and the Den Hoorn Brewery in Leven, Belgium. De Hoorn Brew Master Sebastian Artois is where the brand gets half of its name – and the other half, from the latin word for "star."

Present in a whopping 95 countries, it's one of the world's most beloved beers.

Known for its robust flavor profile and the brand's attention to quality, Stella Artois is the drink of choice for many events around the world – including those exclusive nights at home with your favorite movie. 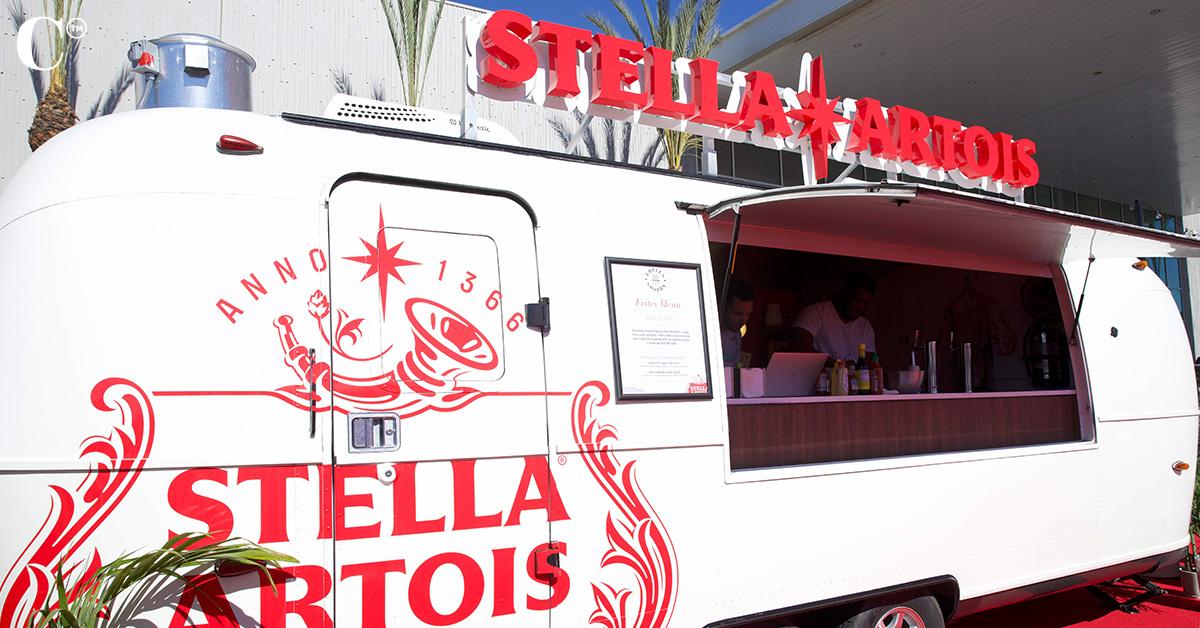 To helm the Frites Artois experience, Stella Artois had to pick a chef who knows how to create magic with cuisine. Choi was born in Seoul, Korea, and was raised in Los Angeles. Choi is best known for helping architect the modern food truck movement, through Kogi BBQ.

Choi combines food, community, social media and street food culture for a unique flair that makes him stand out from the rest, while inspiring a whole new generation of chefs.

Choi has hosted (and won a James Beard Award for Outstanding Host for) "Broken Bread" on KCET/Tastemade, as well as Netflix cooking series "The Chef Show" with actor and produced Jon Favreau.

Kogi BBQ writes of Choi's career, "He is a graduate of the Culinary Institute of America. In 2010, Food and Wine magazine named him Best New Chef. His cookbook/memoir L.A. Son was a NY Times Bestseller in 2013. In 2016 he was named TIME 100 Most Influential People in the World. And in 2017, LocoL in Watts, received the first ever LA Times Restaurant of the Year award. Roy resides in Los Angeles where he is a voice and advocate for street food culture past, present, and future, and the co-owner, co-founder, and chef of Kogi BBQ, Chego!, Best Friend at Park MGM Las Vegas, and LocoL."