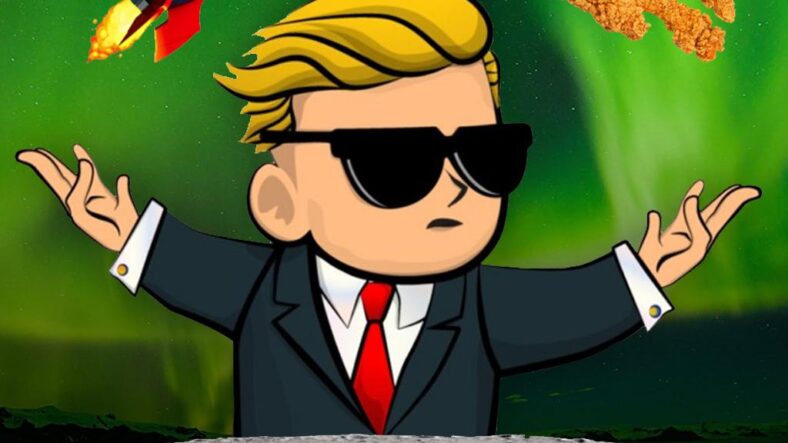 To say the world of Wall Street has been turned upside-down in the past few days is really a gross understatement of the state of things. A group of Redditors have defied Wall Street tradition and given the stock market a black eye after saving a drowning company by doing something revolutionary – simply buying their stocks in small portions but large numbers. In the world of stocks, retail investors – those who buy shares of companies they believe in or patronize – are looked down on by institutional or hedge fund investors, who buy and sell purely on market speculation and not company quality. But a group of Redditors mobilized a massive stock buying campaign that turned what was a company on its last legs into a tale of what democratic financial investment can do in a system that’s run on basically fictional speculation. Peeling away the mirage of what makes a corporation a lucrative investment to reveal the options of retail investors as the viable commodities they in fact are has set up an unlikely battlefield between the traditional and the revolutionary.

The Emperor Has No Clothes 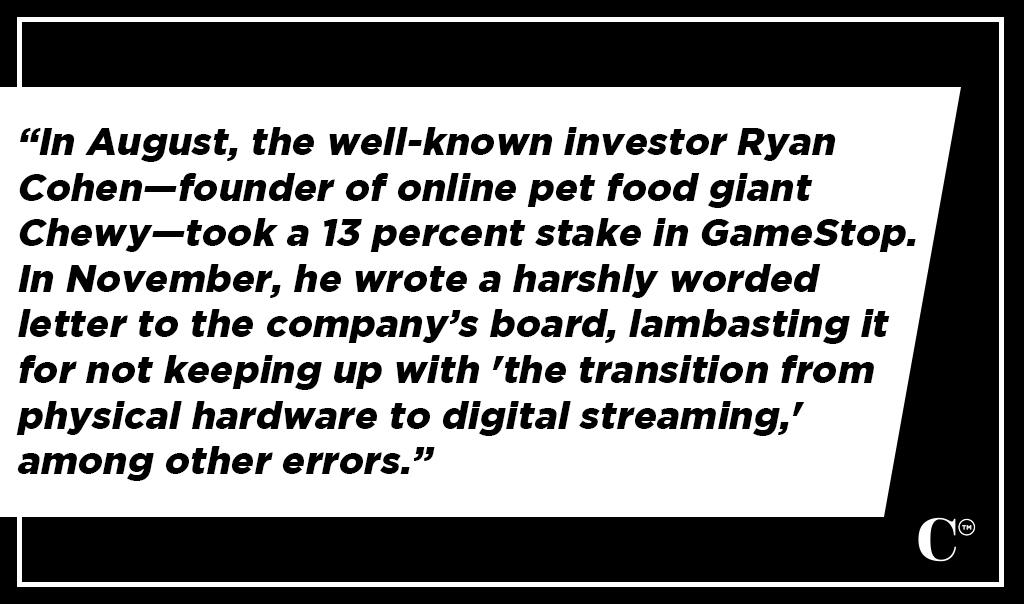 It has long been a millenial talking point that the stock market is a fiction and doesn’t represent the wealth or success of American businesses. Although share ownership in a company certainly can steer it’s financial fortunes, the argument is that retail investors can and should have more control over the future of businesses than professional stock traders who make their money off speculating over the successes and failures of companies over short term investment periods.

What happened with GameStop stock since November gives credence to that philosophy. It all began last year when GameStop was seeing some of its worst numbers to date. As a company that sells in-store games and gaming systems, the only thing it can offer in the way of convenience is the ability to walk into the building to purchase an item immediately with no shipping wait and no question about what product you’ll receive. Beyond that, nearly everything GameStop offers has been supplanted by an online market that allows gamers to purchase more customized content and receive many products without leaving the safety of their own home – a feature which has appealed over the past year when people were forced to stay home due to the COVID-19 pandemic.

As more and more people stayed home and online content became more convenient, GameStop was eyeing record losses for the year. In August, one investor started a chain of events that led to the Wall Street chaos we’re seeing today.

Slate writes, “In August, the well-known investor Ryan Cohen—founder of online pet food giant Chewy—took a 13 percent stake in GameStop. In November, he wrote a harshly worded letter to the company’s board, lambasting it for not keeping up with ‘the transition from physical hardware to digital streaming,’ among other errors. He took specific aim at GameStop’s CEO and blamed the company for squandering billions of dollars and ‘a massive amount of market share.’

The letter generated a lot of press. By January, GameStop appointed Cohen and two associates from his investment company to serve on a newly expanded board. Cohen’s arrival turned GameStop into a ‘cult stock,’ one financial analyst explained to Bloomberg News, where retail investors believed he’d be a corporate savior. Two days after the announcement that Cohen had joined the board, GameStop’s stock surged more than 50 percent, going from $20.42 to $31.40 after reaching as high as $38.65. That’s when the company’s story went from typical to bizarre.”

At this point, institutional investors tried to take advantage of the surge – assuming incorrectly that amateur investors were wooed by Cohen’s substantial name and building their investments off starry-eyed wishes. They purchased large sums of short stocks, purchasing them low, with plans to sell them high as the company crashed, and pocketing the difference. The pros clearly expected a quick crash and profit as so-called retail investors saw the error of their ways.

Per Slate, “One group that noticed the shorts on the stock was r/WallStreetBets. The Wall Street speculation community has more than 2 million members, hundreds of thousands of whom are online at any given time, to say nothing of lurkers. In September, an enterprising subredditor had posted a seven-point treatise titled ‘Bankrupting Institutional Investors for Dummies, ft GameStop.’ The subredditor noted the stock already had a significant short exposure (months before Cohen joined the board) and predicted that short sellers would be forced to abandon their positions and, in buying back their stocks, drive the price up. R/WallStreetBets users delighted in the idea and took it as a chance to egg one another on.” 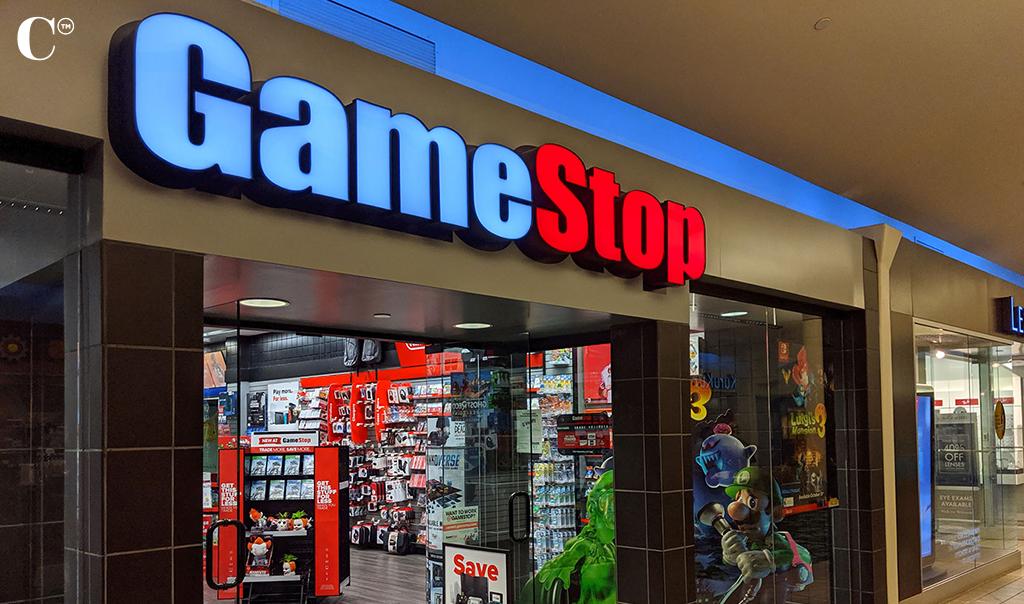 Huge numbers of amateur investors saw this as an opportunity to stick it to Wall Street and began investing in GameStop (GME). Short sellers are walking away from their shares as the company rockets into previously uncharted territories and the value of GameStop has tripled.

In the process of bolstering the floundering company, the WallStreetBets subreddit has been shining a light on the behavior of those companies which were betting on short stock profits.

Bloomberg explains, “Gabe Plotkin’s Melvin Capital was the first to come under the microscope. Plotkin represented the perfect foil: a pedigreed portfolio manager who set out on his own after managing money for legendary hedge-fund manager Steve Cohen. The failed bet on GameStop has dragged down returns at Melvin Capital. Its portfolio was said to be down 15% in the first three weeks of 2021, according to the Wall Street Journal.”

Bloomberg adds, “A notable victim of the shift has been Citron Research’s Andrew Left, once Wall Street’s most celebrated iconoclast for his role hounding Bill Ackman out of another battleground stock, Valeant Pharmaceuticals, five years ago. Today, Left finds himself first among the hunted, his decision to stop publicly bashing GameStop helping drive it up as much as 78% on Friday.

‘Price movement aside, I am most astounded by the thought process that goes in to making these decisions,’ Left said in an email to Bloomberg News on Monday. ‘Any rational person knows this type of trading behavior is short lived.’

…The greatest ire was reserved for Left and Citron. His call that GameStop would fall back to $20 quickly on Jan. 19 touched a nerve. Shares closed at $39.36 that day, continuing a surge set off when Cohen was named to the board a week earlier.

This wasn’t the first time Left had attacked a WallStreetBets darling. His short play against Palantir Technologies Inc. and bearish call for Chinese carmaker Nio Inc., among others, had already made him persona non grata in the land of tendies.”

Sticking it to the Man 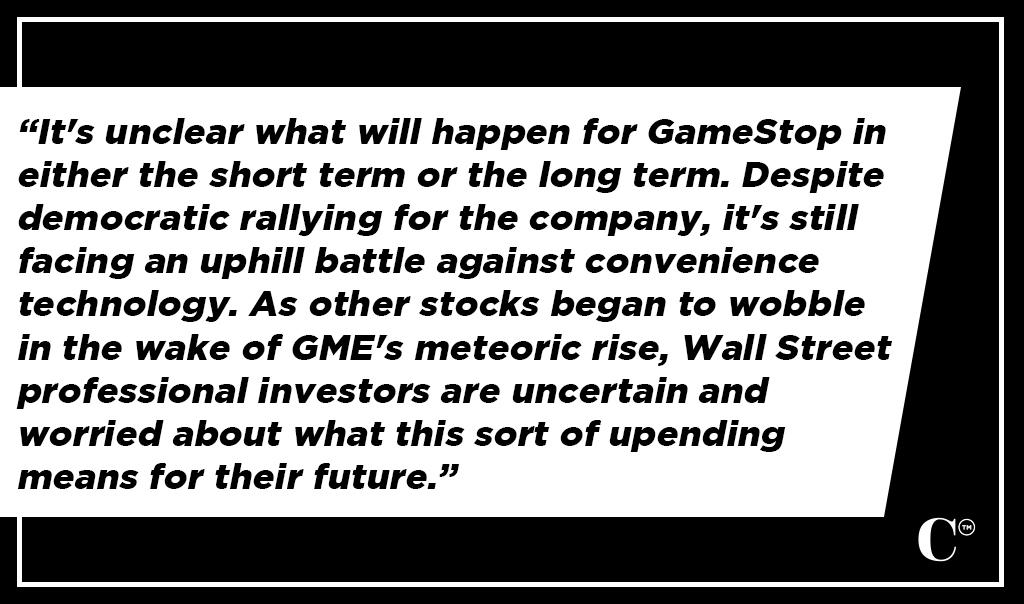 Even Tesla creator Elon Musk has weighed in on the furor, enthusiastically tweeting, “Gamestonk!!” with a link to the subreddit for people to follow the madness.

Members of WallStreetBets are seeing this as a chance to rock the market and upend traditional views on Wall Street’s role in the economy.

Slate reports the words of some of the Redditors; “‘When these boomers made their bet, GME wasn’t a big thing on WSB yet,’ one poster wrote. ‘I don’t feel bad at all taking money from these rich greedy hedge fund managers.’

‘They’re not even playing with their own money,’ another wrote.

‘I’m an old millennial. I’m tired of getting screwed by the globalist elites,” said another. “This isn’t left or right republican or Democrat. It’s the 1% versus everyone else.’”

It’s unclear what will happen for GameStop in either the short term or the long term. Despite democratic rallying for the company, it’s still facing an uphill battle against convenience technology. As other stocks began to wobble in the wake of GME’s meteoric rise, Wall Street professional investors are uncertain and worried about what this sort of upending means for their future. Amateur investors are seeing this as an opportunity to buy in to the companies they want to see succeed as the veneer of valuation is stripped away and the fiction of market value is revealed.

It’s clear that millenial investors have a different approach to how the stock market should intersect with the economy, and we’re seeing that clash as the traditionalists try to salvage footing in the midst of this chaos. Who will win remains unclear. In order for this sort of amateur-driven market to continue, retail investments would need to become the norm, and short stock purchasing would have to evaporate. Whether or not that will be sustained remains to be seen. For now, millenials everywhere are cheering on the, “sticking it to the man,” spirit of this bizarre Reddit revolution.