Gay Pride Is Not Cancelled

June. It’s the time I’ve always felt like summer really begins. It’s also a celebratory month for many in the 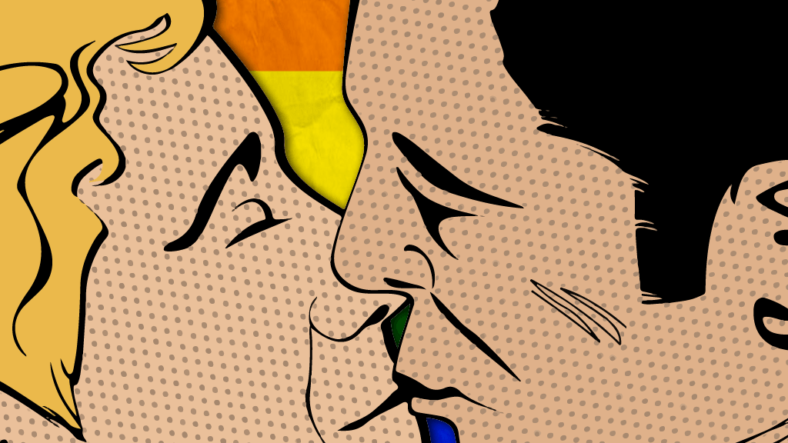 June. It’s the time I’ve always felt like summer really begins. It’s also a celebratory month for many in the LGBTQ community as it’s Gay Pride month. This year, though, is undeniably different. We are dealing with so much as humans it’s almost impossible to think about celebrating. We have a worldwide pandemic going on with coronavirus and it seems to show no end in sight. The daily news surrounding it is horrific- whether you think it’s a big deal or not- as even having to hear of one more death related to it, one more person infected, and one more small business crushed is devastating. Not to mention that for many of us it’s been months since we’ve seen another human, due to social distancing restrictions, and that is starting to take a depressing toll.

As if that’s not enough to deal with as humans, we are also experiencing protests related to the death of George Floyd and the #BlackLivesMatter movement. The protests are absolutely necessary as a call to action and a loud reminder that it’s time to wake up and put an end once and for all to the systemic killing of African-Americans at the hands of police simply due to the color of their skin. Along with the protests have been some significant looting of businesses, which is catastrophic at best in an economy that was already on a downward spiral due to coronavirus. There’s also been buildings aplenty set on fire, which is equally heartbreaking to watch. In tandem with the protests is political turmoil, as people are battling on both sides of the spectrum.

And lest we forget about the fact that two more murder hornets were seen in Washington state yesterday… 2020 is really setting up to be one for the record books. This brings us back to the present day, today, which is now the third day of Gay Pride month. While it’s easy to brush off Gay Pride this year, as there has been such emotional turmoil, doing so would be detrimental. We must remember that Gay Pride is not canceled.

What do I mean by this? Surely every Gay Pride parade is cancelled. Understandably almost every bar celebration and party around the world has been cancelled. So how is Gay Pride still a thing this year?

First, we must fundamentally remember what Gay Pride is at its core. It is about celebrating who you are. Just because we can’t go party or wave flags at a parade does not discount how we should feel inside. As a gay community, we have come so far. Seven years ago at this point in time, gay marriage wasn’t even legal. Now gay marriage has become commonplace in our country. This is something to celebrate.

In addition to gay marriage being legalized, it is undeniable that being gay is also more socially accepted than it ever was before. That’s not to discount gay discrimination whatsoever, something every member of the community (myself included) has been a victim of. The fact that being gay is more socially acceptable, though, is seen on everything from Disney+ recently premiering a Pixar short named Out, to gay characters being more prevalent on television than ever before, to kids going to school and understanding that there are “all types” of families and not blinking an eye when they hear someone has two Dads or two Moms. This is, also, something to celebrate.

Gays are also more commonly able to have children if they want to in a majority of places in the United States. That’s not to say that there are not financial hardships attached to this and still some discrimination surrounding this. I remember when we started exploring having children via surrogacy we had to ensure that the egg donor was someone willing to donate to same sex couples as well as the surrogate being comfortable with a same sex couple. While we have made much progress, there are still surrogates and egg donors who do not want to help to give gay families a child. In addition, while adoption is a great option, sometimes gay couples hoping for children are met with similar discriminatory issues. Sorting through those, though, it’s a fact that more gay couples are able to have children than ever before (should they want children). This is indeed something to celebrate.

We also live in an age where HIV/AIDS is no longer viewed as a death sentence. When HIV/AIDS first arose in the 80’s, it was a death sentence for a lot of people. The San Francisco gay community saw their friends dropping like flies at very young ages. Men who were vibrant and healthy, suddenly became weak and succumbed to death. It was a horrible time for the gay community; however, with the help of modern medicine, we have prevailed. Today, we have medications like Prep to help prevent people from getting HIV/AIDS. We also have a ton of medications to help those with HIV/AIDS live long, healthy lives. These are absolutely things to celebrate.

Aside from issues related to being gay, there are many other things to celebrate. These include:

And so much more.

This year has taught us to not take anything for granted. Things that seemed commonplace- like getting to go to a concert or movie- are no longer even possible at this point. This is not the year we planned, not the year we ever imagined, and certainly not the Gay Pride month we envisioned. With that being said, though, there is one thing the LGBTQ community has always been amazing at- perseverance. In the face of adversity, we always rise to the challenge and beat anyone’s expectations. This year should be no different simply because life has tried to push us down. We need to accept that It has pushed us down, acknowledge that there are challenges to deal with, and then stand back up and remember who we are. We are strong. We are vigilant. We are survivors. We are powerful. We are alive. And we are proud. And no one can take that away from us.

Happy Pride and may you enjoy celebrating however you can this year.