Maxwell was seized early Thursday morning, July 2nd, 2020, while hiding out at a friend’s house in the small town of Bradford, New Hampshire–so much for all those “luxury French bolthole” rumors.

Maxwell fled, and went into hiding immediately after news broke that Epstein, her pedo-friends-with-benefits, had died, reportedly from “suicide” on August 10, 2019

Despite it appearing that authorities just didn’t care about tracking down and arresting the accused madam, it transpires the FBI was hot on Maxwell’s Louboutin heels the entire time. 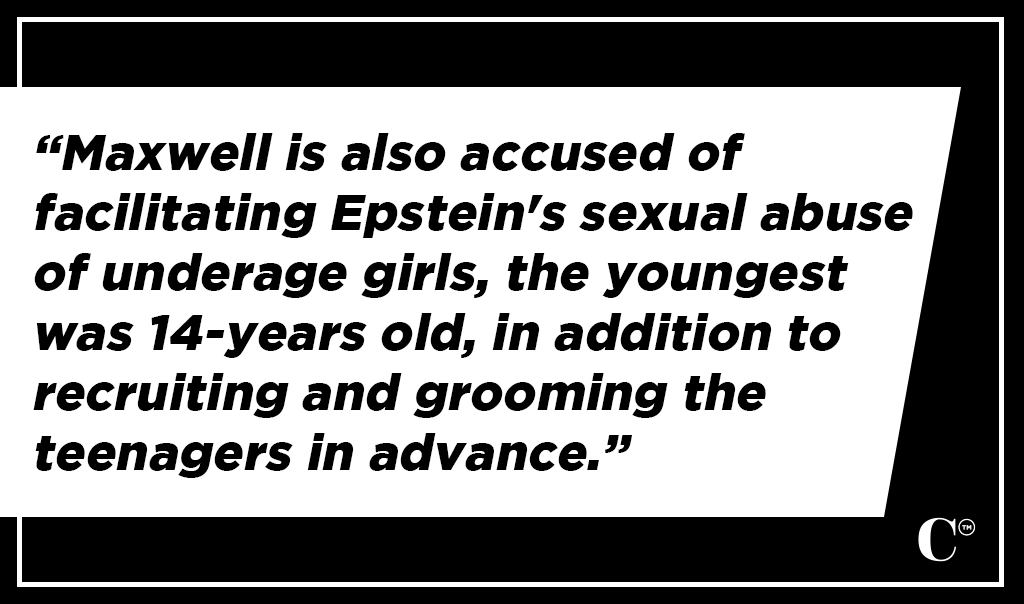 The FBI compiled a 17-page long indictment against Maxwell following their nearly year-long investigation, and it charges her with a host of (hideous and despicable) crimes against children and human trafficking, amongst others.

Maxwell is also accused of facilitating Epstein’s sexual abuse of underage girls, the youngest (known victim) was 14-years old, in addition to recruiting and grooming the teenagers in advance.

According to the BBC, the FBI indictment that led to Maxwell being arrested describes her decades-long relationship with charged sex predator and pedophile, Epstein, as being “personal and professional” and states she was in “an intimate relationship” with him from 1994-1997.

They remained “very close” friends following the assumed end to their sexual relationship, as they seemingly morphed into a modern-day, jet-set elite version of infamous British child molesters, torturers and murderers Ian Brady and Myra Hindley—but with more massages, and no sadistic killings (that we know of yet)

Now, that’s what you call a truly gruesome twosome.

Maxwell was indicted on a total of six different charges:

Words can not even describe this woman……..

In return for Maxwell’s alleged pimping, Epstein paid her handsomely for “managing their various properties, the FBI indictment states.

According to the FBI, Maxwell sought-out and then made “friends” with many of the young girls she pimped to Epstein, “including by asking the victims about their lives, their schools, and their families”.

The 58-year-old purposely targeted poor, vulnerable and at-risk girls the majority of the time, and the indictment reports that as part of her alleged “grooming” process, she and Epstein would take the girls on lavish spending sprees and for nights at the movies. 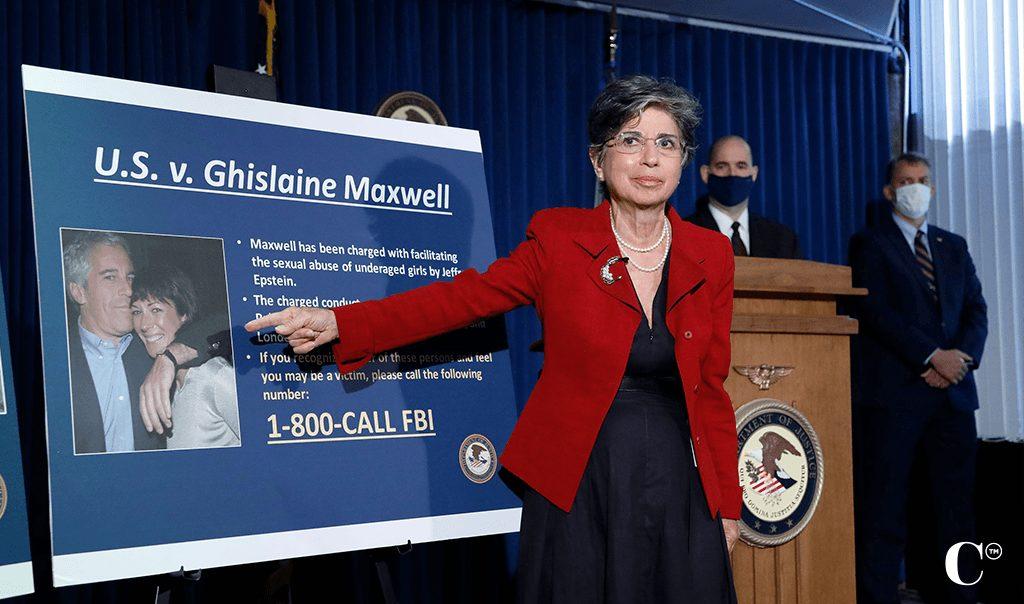 Many of Epstein’s victims had mentioned this behavior in their police statements and subsequent testimonies and interviews. The victims also stated how much Maxwell was involved in pressuring them into being abused by Epstein.

The indictment states that Maxwell would often give Epstein massages herself, in front of his victims, as part of their “training process” before insisting they took over, “including sexualized massage during which a minor victim would be fully or partially nude.”

These acts would ultimately frequently involve Epstein sexually abusing the young girls, which, on various occasions, Maxwell was “present for and participated in the abuse”.

The meeting of Maxwell and Epstein was a match made in heaven—or hell as many would come to view it.

At the time, Maxwell was desperate for cash, which financier Epstein had plenty of, and then some—whereas Epstein was desperate for rich and powerful “friends” that he could socialize with, turn into clients, and (many believe) ultimately gather potentially damaging and blackmail-worthy material on.

Being an infamous British socialite, Maxwell had an extensive network of uber powerful and super-wealthy friends that she introduced Epstein to. It didn’t take long before Epstein was escorting Bill Clinton on his private jet, the Lolita Express, along with several (unidentified) beautiful young women–presumably there to help with Bill’s “cigars”. 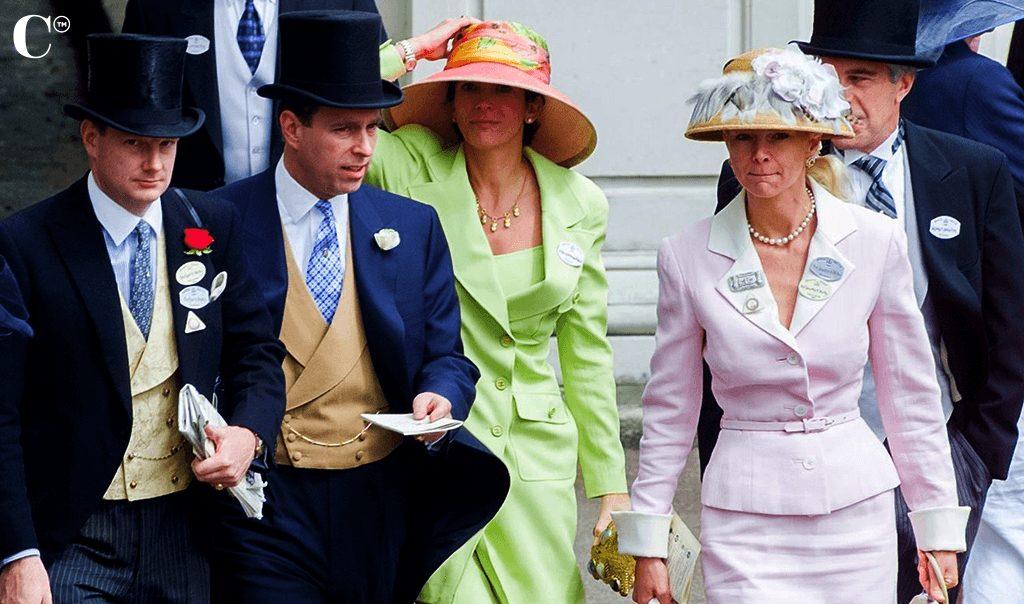 Maxwell also introduced Epstein to Prince Andrew, and he was photographed upstairs at her tony townhouse in Belgravia, with his arm around the waist of 17-year-old Virginia Giuffre (nee Roberts).

Giuffre testified in court that she was recruited, groomed, and introduced to Epstein by Maxwell and that following their numerous sexual assaults, they flew her to Britain to have sex with Prince Andrew.

The Queen’s son has denied Roberts’ allegations claiming she was lying because he was “unable to sweat” at the time “due to being shot at during the Falklands War). Convincing literally NOBODY with any degree of sanity. 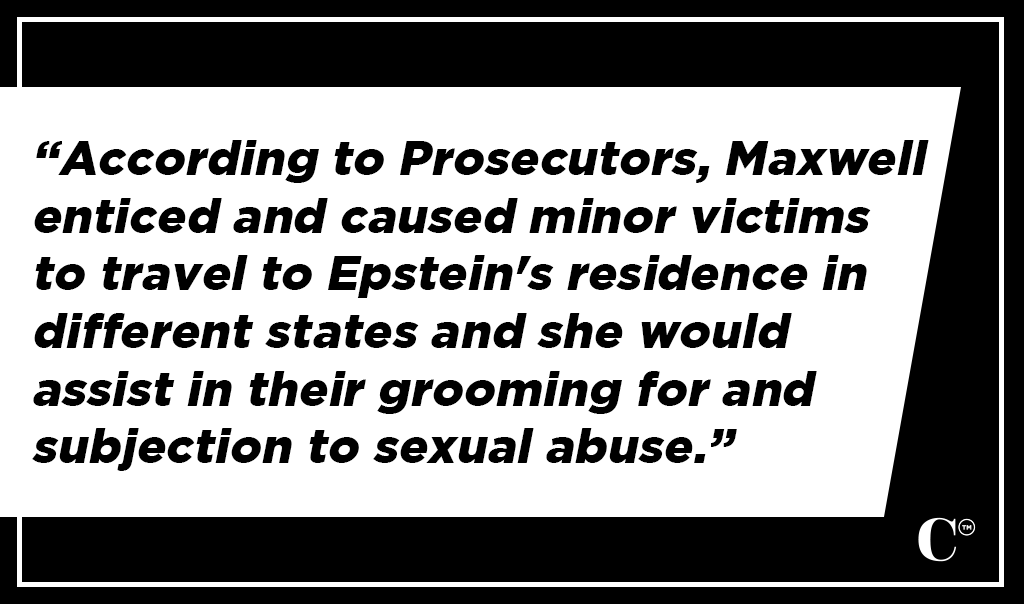 The then-teen stated in her testimony that the Prince had been “sweating heavily” during their first encounter—as, it’s safe to say, he was doing all throughout the horrifically cringe-worthy BBC interview he arranged to explain his ongoing and close relationship with convicted pedophile Epstein.

According to Prosecutors, Maxwell “enticed and caused minor victims to travel to Epstein’s residence in different states” and she would assist in their “grooming for and subjection to sexual abuse”.

Ghislaine Maxwell denies all, because, Duh!

Not surprisingly, Maxwell has repeatedly denied any wrongdoing and called some of the claims against her “absolute rubbish”.

Yes, Ms. Maxwell, we believe you every bit as much as we believed Prince Andrew.

Meanwhile, Maxwell is due to appear in Federal court later today, and given the severity of her charged crimes, she’s likely facing a very long sentence if convicted, and a lengthy stint behind bars.

But hey, as we all know by now, the justice system certainly isn’t “blind” to financial and power influence—and let’s not forget those pinhole “secret cameras” that multiple victims and witnesses have claimed were hidden all over Epstein’s properties, yachts, jet, offices, and Island for potential blackmail purposes