Will Ghislaine Maxwell Go To Jail Or Spill Jeffrey Epstein’s Dirty Secrets to Save her Skin?

Will Ghislane Maxwell go to Jail? That’s the question on everybody’s lips right now. Or, will the alleged Madam spill

Will Ghislane Maxwell go to Jail? That’s the question on everybody’s lips right now. Or, will the alleged Madam spill Jeffrey Epstein’s dirty secrets to save her own skin?

I’m going to go for the latter option, given what we know of her character, her behavior to date, and the genetics she inherited from her conman swindler monster-mogul dead father, Robert Maxwell.

As CelebMagazine previously reported, Maxwell was arrested on July 2nd, 2020, and charged with six separate sex crimes, following a 17-page long FBI indictment. The 58-year old former socialite had been in hiding since the supposed suicide of Epstein, who was Maxwell’s lover – turned – BFF- turned – (alleged) partner-in-crime.

Ghislaine Maxwell is accused of committing a slew of horrendous crimes against children, including human trafficking, and facilitating Epstein’s sexual abuse of underage girls, the youngest (known victim) was 14-years old. Maxwell’s also accused of participating in the sexual abuse herself—in addition to recruiting and grooming the teenagers in advance. 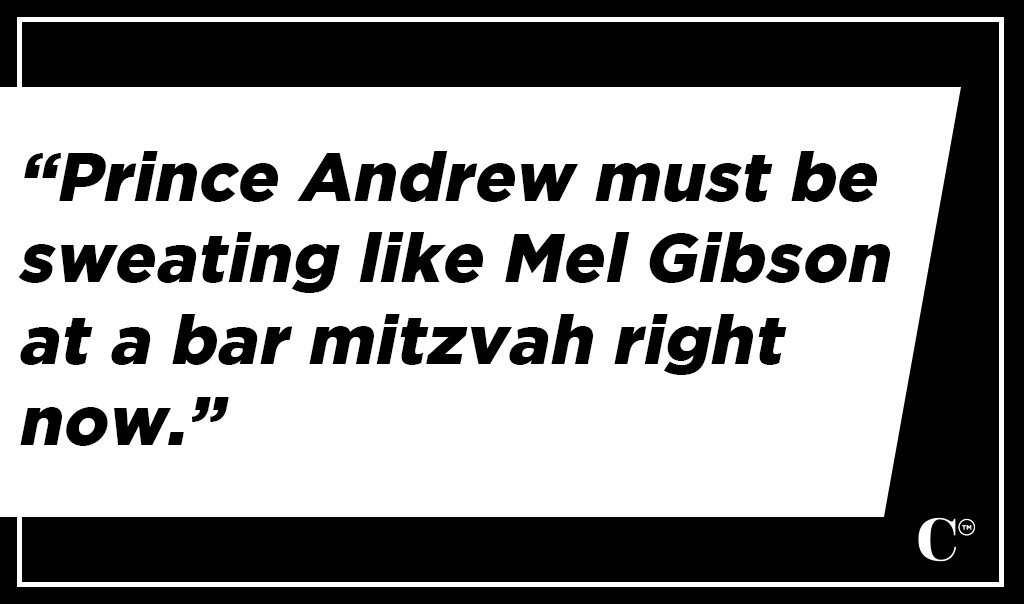 If she’s is found guilty of the charges she could be facing up to 35-years behind bars—but, will Ghislaine Maxwell go to jail or will she “mysteriously die” like her pedophile perpetrator partner? Or, will Maxwell spill the tea and tell all of Jeffrey Epstein’s dirty little secrets and escape ever facing justice?

Prince Andrew must be sweating like Mel Gibson at a bar mitzvah right about now.

What does Ghislaine Maxwell know?

It’s the million-dollar question: what does Ghislaine Maxwell know? It’s safe to say Maxwell knows pretty much everything Epstein did, given the fact the two traveled, partied, lived, and (allegedly) sexually abused children together for nearly three decades.

Multiple sources and witnesses, in addition to many of Maxwell and Epstein’s victims and friends, have mentioned that the couple used to “boast” about how many “pin-hole cameras” they had hidden all over their many properties, offices, private islands, and jet.

Flight logs for Epstein’s private jet—which was dubbed the “Lolita Express”, in homage to the 1955 novel by Russian author, Vladimir Nabokov, about a middle-aged man who’s sexually obsessed with his 12-year-old stepdaughter—read like a who’s who of Hollywood, Washington, Capitalism, and elitism. In addition to including a seemingly endless amount of beautiful young girls, oftentimes under the age of consent.

Over the decades, literally hundreds of the world’s most powerful and rich hob-knobbed with Maxwell and Epstein, who are now revealed to have been a 21st-century pedophile version of Bonnie and Clyde.

If the numerous claims of hidden surveillance are true, when you add in all the young girls who were abused by Epstein and (allegedly) Maxwell, and times it by their “friends” list, then you’ve got to come to the conclusion that there’s potentially a whole shit ton of incriminating, embarrassing and scandalous encounters that were all caught on camera.

That makes for a lot of powerful and rich people possibly being exposed over their dastardly deeds if that footage ever gets into the right hands or is leaked.

Who does Ghislaine Maxwell know?

Maxwell’s privileged upbringing resulted in her acquiring a stable of über wealthy powerful friends and connections. Ghislaine was very close friends with Prince Andrew and his now ex-wife Sarah Ferguson— Maxwell met the Queen’s son when she was an undergraduate at Oxford College in the 1980s.

Maxwell attended Chelsea Clinton’s wedding in 2010—something Eric Trump pointed out in a photo he tweeted, captioned “Birds of a feather…” which has since been deleted after he was mercilessly trolled over his father Donald Trump’s tight-knit relationship with Epstein. 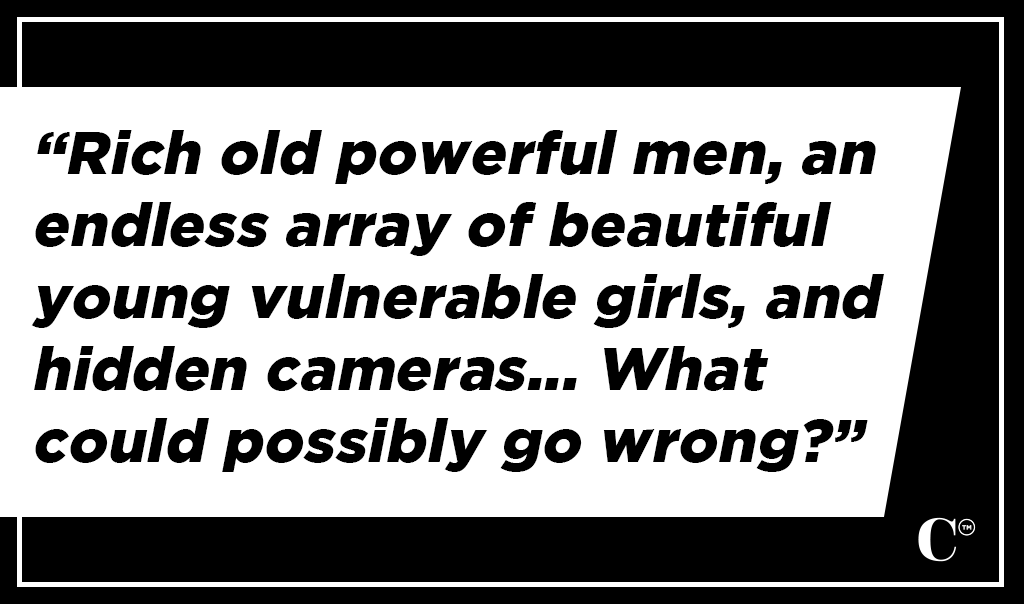 Ghislaine was also close friends with politicians all around the globe, media moguls like Rupert Murdoch, Piers Morgan, Mick Jagger, Kyle MacLachlan, Michael Bolton, George Hamilton, and countless other celebrities and socialites—and, Maxwell introduced them all to her pedo-pal Epstein.

So, will Ghislaine Maxwell go to jail?

Madam Maxwell is currently kicking her Louboutin heels behind bars at the Metropolitan Detention Center in Brooklyn, New York—although, given the notorious jail’s reputation for being a “living hell” it’s fair to assume she’s probably actually wearing some flip-flops, or even (gasp!) Crocs, right now.

Ghislaine has gone from hiding out on a 156-acre estate in New Hampshire to living in a 10-foot-by-12-foot cell. Maxwell’s 15 different bank accounts, that totaled around $20 million, have been frozen, and now she’s going to have to rely on a diet of ramen noodles, jail slop and the occasional sip of pruno, if she’s lucky.

The poor thing! Doesn’t your heart just bleed for her?!!! Well, never fear, as there’s a good chance Maxwell may be out and about in the free world again soon!

Speculation is rife that Ghislaine’s flock of high-flying legal eagles will attempt to get her off the hook, courtesy the astoundingly ludicrous plea-deal Epstein struck with prosecutors back in 2008.

If that doesn’t work, it’s inevitable Madam Maxwell will cook-up some kind of plea deal to save her ass, and that’s going to result in some serious stains because she’s going to be forced to really spill the tea.

However, according to the baseless opinion of pundits, Ghislaine Maxwell would NEVER rat out her longtime bestie, Prince Andrew. Well, I’m going to add my two-cents, for what it’s worth. I think they’re wrong.

I believe Maxwell wouldn’t hesitate to sell her own grandmother down the sewer if it helped further her own agenda. But, I also believe that even if she DOES spill all about Prince Andrew’s involvement in sex crimes then it would never become public record.

In the meantime though, I’d advise “Randy Andy” not to make any future dinner reservations at Pizza Express. Just sayin’….