Ghislaine Maxwell and R Kelly Both Sentenced: Let’s Talk About the Elephant in the Room

Two of the decade's most notorious sexual predators have been brought to justice in the past month. Ghislaine Maxwell, predator 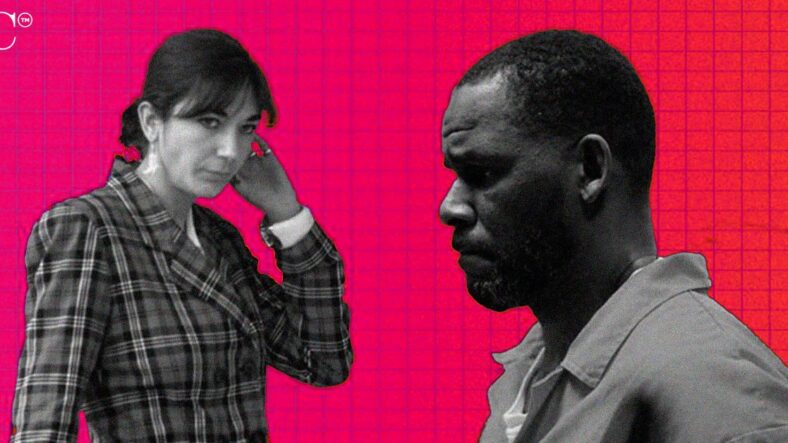 Two of the decade's most notorious sexual predators have been brought to justice in the past month.

But there's a 10-year discrepancy in their sentences even though their crimes are equally egregious and many are asking why there's such a divide. Is it racism? Is it sexism? Why did Maxwell get off relatively lightly compared to Kelly?

Maxwell and Kelly Receive Their Sentences

Maxwell was sentenced to 20 years in prison. The former socialite was found guilty of five out of six charges, including sex trafficking a minor.

According to victims, Maxwell would befriend and entice minor girls, grooming them to be abused by herself and boyfriend Epstein.

Kelly – real name Robert Sylvester Kelly – was found guilty of charges which include sexual exploitation of a child, bribery, racketeering and sex trafficking involving five victims. He was sentenced to 30 years in prison.

Both criminals were found guilty of sexual crimes against minors, and both faced similar numbers of victims. So why was Kelly sentenced to an entire decade longer than Maxwell? The answer is layered.

Many have asked if it's racism in play; after all, Maxwell is a white woman in her middle years and Kelly is a Black man with a powerful physical countenance.

And both of those could certainly have played a part.

However, some experts believe it's simpler than that. The Independent reports, "… former assistant United States attorney Neama Rahmani explained that the disparity between the sentences was due to a host of other factors.

'Many people believe that R Kelly received a longer sentence because he is a black man and Maxwell is white woman,' he said.

'That’s an oversimplification that misses key differences between the cases.'

One of the main differences, Mr Rahmani said, was that R Kelly’s judge Ann Donnelly is known to be tougher than Maxwell’s judge.

'Ann Donnelly was a prosecutor for years before she was appointed to the bench,' he wrote on Twitter.

'She’s known as a tougher sentencer than Maxwell’s judge, Alison Nathan, who is a former law professor.'”

In addition, Kelly showed zero remorse during sentencing. While Maxwell's apology attempted to shift blame to someone who's no longer alive to dispute her account, the attempt at an apology was something.

The Independent adds, "'R Kelly’s pattern of racketeering activity was also worse. He and his co-conspirators were part of a criminal enterprise that threatened and bribed witnesses to prevent them from cooperating with law enforcement and prosecutors,' he said in a penultimate tweet, before concluding: 'So even though their sex trafficking conduct is comparable, these additional factors put R Kelly in a worse position than Maxwell at sentencing.'”

However, that's just one expert's opinion.

The public seems a little less convinced. Especially given the social movements of the past few years not limited to Black Lives Matter and others focused on justice for minority citizens, the question as to whether justice is truly blind has taken center stage in the national dialogue.

In, 2017, the United States Sentencing Commission found in a study that Black males received sentences that were on average nearly 20% longer than white male offenders.

Female offenders of all races received on average sentences that were shorter than their male peers.

Criminal background history seemed to have no effect across demographics.

That would suggest that despite the differences in severity of judge sentences, there may have been a racist and sexist component at play – but those weren't all that made up the difference in sentence lengths.

So is justice blind? Not yet – but in the cases of Maxwell and Kelly, racism and sexism aren't the only reason for differing sentence lengths.