Are Zayn Malik and Gigi Hadid officially parents? That seems to be the question on everyone’s minds after the model’s

Are Zayn Malik and Gigi Hadid officially parents? That seems to be the question on everyone’s minds after the model’s sister, Bella Hadid, dropped a major hint that she had given birth.

Yep, Bella posted a snap of her and the blonde beauty to Instagram on Tuesday, September 15, and what she said in the caption had fans very convinced that the pair had welcomed their first child together!

“June 11, 2020… Two buns in the oven except mine is from my burger and Gigi’s is from @zayn,” Bella wrote, alongside a picture that showed her and Gigi cradling their stomaches together. But when she added, “I love you both so freaking much — can’t stop crying,” many people started to wonder if she was “crying” because Gigi had given birth.

Plus, Hadid’s dad, Mohammed, shared a picture of a poem he wrote called “Grandpa’s Heart,” fueling the speculation even more.

“Hello little grandchild, it is me. My heart as happy as can be,” it read. “I wish for you the sun and moon. I wish for you a happy time.”

So have they officially expanded their family? Well, we went ahead and did some investigating, and here’s what we know…

The Baby Is Due In September

Hadid’s mom, Yolanda Hadid, previously revealed that the baby was due in September.

“Still shocked our little secret got leaked to the press. Of course we are so excited,” she told RTL Boulevard after news first hit the web that they were expecting. “I’m excited to become Oma in September especially after I lost my mom so recently. But this is the beauty of life, one soul leaves us and a new one comes in. We feel very blessed.”

E! News also reported on August 25, 2020, that the couple had moved back into their New York City apartment (after spending most of the pregnancy on a farm in Pennsylvania) to prepare for the birth. An insider told them that the couple “selected the furnishings for the nursery, paged through their collection of parenting books and peppered Yolanda with any and every question that has come to mind.”

Hadid Was 33 Weeks Pregnant At The End Of August

Plus, on August 31, 2020, the 25-year-old gave us another clue about when the baby was due. She shared a snap of her growing baby bump and she captioned it “33 weeks.” Pregnancies usually last 37 weeks to 40 weeks, so that means it’s definitely possible that she has given birth!

It’s Been Reported That They’re Having A Girl

Neither Malik nor Hadid have spoken out publicly about the gender of their baby, but according to TMZ, they are expecting a baby girl!

“They have been informed that the sex of their forthcoming child together will be female,” a source close to the pair told them. 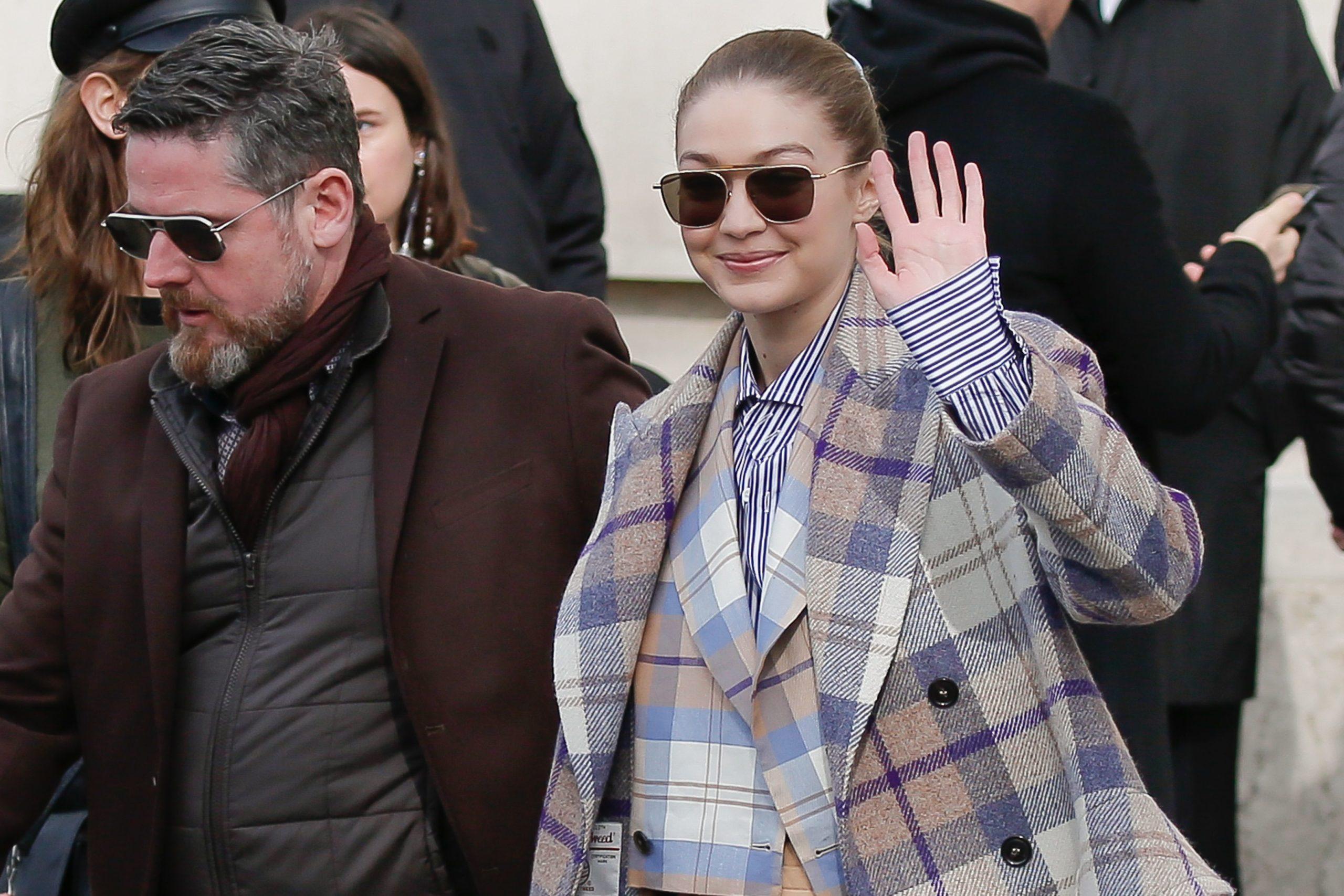 Hadid’s Had Some Major Cravings During Her Pregnancy

Back in August, Hadid gave fans an inside look at some of the food she had been eating throughout her pregnancy, and boy, did it look yummy! She shared snaps of sushi, fresh fruit, cinnamon rolls and more. She also revealed via Twitter that she had cupcakes delivered to her house, and we were totally jealous.

“Pregnancy is real when you order nationally shipped @sprinkles to be delivered to yourself,” she wrote. She also replied to a fan and revealed that she’s been craving “supreme triple chunk brownies [and] make-your-own ranch mix dip [with] carrots.”

During the first part of her pregnancy, the star didn’t post any photos of her growing stomach. But when people started to accuse her of trying to “disguise” it by wearing baggy clothes during an Instagram Live, she let everyone know that no, she was not trying to hide her bump from the world.

“Disguise…? I said in a baggy jumpsuit the front and side views are visually different stories — not that that was intentional or I was trying to hide anything,” she wrote on Twitter. “Will be proud and happy to share ‘insight’ when I feel like it, thanks.”

She added, “For now, I am proudly experiencing and sharing this time with my family and loved ones.”

Then, during another Instagram Live, she opened up about why she kept it a secret at first.

“I have been taking a lot of pictures of my bump and sending them to my friends and family, and it’s been really cute and exciting I having been trying to document it because people are saying don’t miss it. Right now I just want to experience it and I write in my journal a lot and I just don’t want to worry about waking up every day and look cute and post something,” Hadid shared. “A lot of people are confused by why I am not sharing more but I am pregnant through a pandemic, obviously my pregnancy is not the most important thing going on in the world, that’s in part why I didn’t feel a need to share, apart from with my family and friends. Obviously a lot of people have lost lives due to [the] coronavirus that was in the beginning of quarantine and still happening. And then we moved obviously into the reemergence of the BLM movement, and I thought that our presence on social media should be used for that.”

Malik Has Reportedly Treated Hadid Like A Princess During Her Pregnancy

According to Life & Style, the former One Direction member has treated his girlfriend “like a princess” during her pregnancy.

“[He’s] constantly asking her if she’s OK and running around after her,” a source told them. “Finding out that he’s going to be a dad has put a smile back on Zayn’s face. He has a more positive outlook on life and really pulled himself together.”

How sweet is that?! Another source told them that being pregnant during quarantine was a “blessing in disguise” for them.

“Gigi’s super blessed and likes how the lockdown has forced her to make this special time more personal,” they explained. “Zayn, who really values his privacy, also thinks it’s great. He’s happy staying in with Gigi and pampering her as much as possible. He’s also a big belly rubber and he likes to talk to his baby.”

Malik’s Former One Direction Bandmates Are So Excited For Him

Right after news hit the web that they were expecting, Liam Payne spoke out about it during a YouTube video, and he had the sweetest reaction ever!

“I wanted to make sure I said something on my own before I start getting asked about it relentlessly by everybody,” the singer said. “I just wanted to say congratulations to Zayn and Gigi, obviously, you know, they’re having a baby at the moment.”