What Is Cast Of ‘Good Luck Charlie’ Doing Now? They’ve All Come So Far Since Show Ended

Ready to have your minds blown, people? Yeah, you might want to brace yourselves because Mia Talerico — the actress 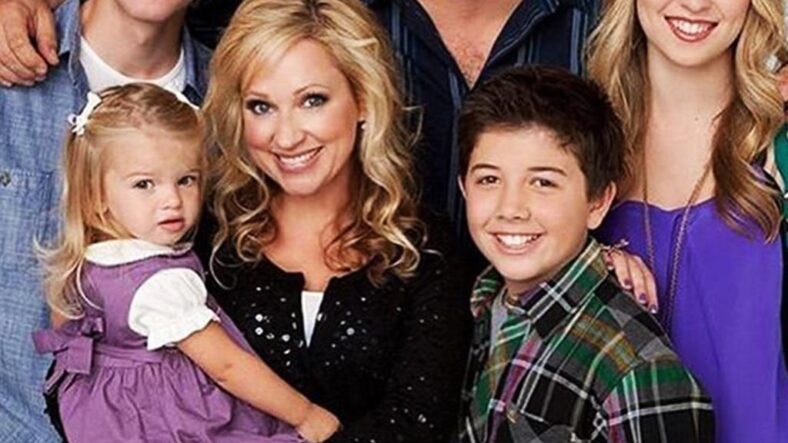 Ready to have your minds blown, people? Yeah, you might want to brace yourselves because Mia Talerico — the actress who was in the Good Luck Charlie cast playing baby Charlie Duncan — is turning 12 years old on Thursday, September 17! That’s right, the star was only an infant when she appeared in the Disney Channel series, and now, she is all grown up — and boy, does she look different!

As fans know, the beloved show first premiered back in April 2010 (more than a decade ago!), and it came to an end four seasons later in February 2014. But it seriously feels like just yesterday that we watching Mia, Bridgit Mendler, Bradley Steven Perry, Jason Dolley and the rest of the cast on our TV screens, and we cannot believe how fast time has flown by.

But wait, what are they all doing now, you ask? Well, in honor of Talerico’s birthday, we decided to do some investigating and we checked in on the entire Duncan fam. It turns out, they’ve all come quite a long way since their time in the show, and have each accomplished so much. Here’s what they’re all up to these days…

What Is Mia Talerico Doing Now?

If the fact that the star just turned 12 hasn’t made you feel old, get this — she recently announced on Instagram that she had started sixth grade! That’s right, since her time in the show, Talerico has spent most her time focusing on school and living a normal life as a kid, but she did land one more acting role in the TV show Mani.

What Is Bridgit Mendler Doing Now?

Good Luck Charlie was just the beginning for Mendler. She went on to star in numerous movies and TV shows, including Merry Happy Whatever, Father of the Year, Thin Ice, Undateable and more! But that’s not all. The actress also stepped into the music industry and launched a major singing career! She released two epic albums over the years, called Hello My Name Is… and Nemesis and embarked on three world tours!

Despite all of those epic accomplishments, Mendler also found time to go back to school. She graduated from University of Southern California in 2016 with a bachelor’s degree in Anthropology. And in In January 2019, she announced on Twitter that she was had gotten into Harvard Law School. You go, girl! As for her love life, she married her longtime boyfriend, Griffin Cleverly, in October 2019.

Perry most famously went on to play Kaz in Mighty Med and Lab Rats: Elite Force. But he also starred in Descendants: Wicked World, Schooled and others! He’s currently working on a new movie called Hubie Halloween, so keep your eyes peeled for him. Now, he’s enrolled at University of Southern California and has plans to graduate in the Class of 2021.

What Is Jason Dolley Doing Now?

Dolley continued to act after his time in Good Luck Charlie came to an end. He landed roles in HelicopterMom, Staged Killer, American Housewife and more. He has also gained a major following on Twitch, where he posts videos of himself reviewing and playing video games. He’s been dating a normal girl named Mia Hulen for a while now, and in June, they announced that they were moving in together!

“MIA AND I ARE MOVING IN TOGETHER! We found a place we LOVE, gonna have a whole room just for board games/streaming, it’s gonna be great,” the actor shared on Instagram at the time.

What Is Leigh-Allyn Baker Doing Now?

Baker may always be Amy Duncan in fans’ hearts, but that didn’t stop her from accomplishing a lot over the years! She acted in Jake and the Never Land Pirates, Little Savages, The 7D, Wish for Christmas, Will & Grace, Swiped, Runnin’ from My Roots, Star vs. the Forces of Evil, Misfits, Mickey Mouse Mixed-Up Adventures and more! The actress has also dabbled in producing and voice-over work, and lent her voice to numerous video games. So cool! She is married to an entertainment executive, Keith James Kauffman, and they share two kids together — two boys who were born in 2009 and 2012.

Allen Kramer did not slow down after Good Luck Charlie. He appeared in shows and movies like NCIS: Los Angeles, LA Apocalypse, The Thundermans, Mike & Molly, 8989 Redstone, Guidance, Pitching Tents, Lodge 49 and more.