Pandemic-related disruptions are not a thing of the past. Although everyone hoped that 2020 would see an end to entertainment

Pandemic-related disruptions are not a thing of the past. Although everyone hoped that 2020 would see an end to entertainment industry pandemic delays and cancellations, COVID-19 woes continue. This is never more evident than with the fact that the Grammy Awards, originally scheduled for January 31, will be postponed due to concerns about the rapid spread of the coronavirus in California. 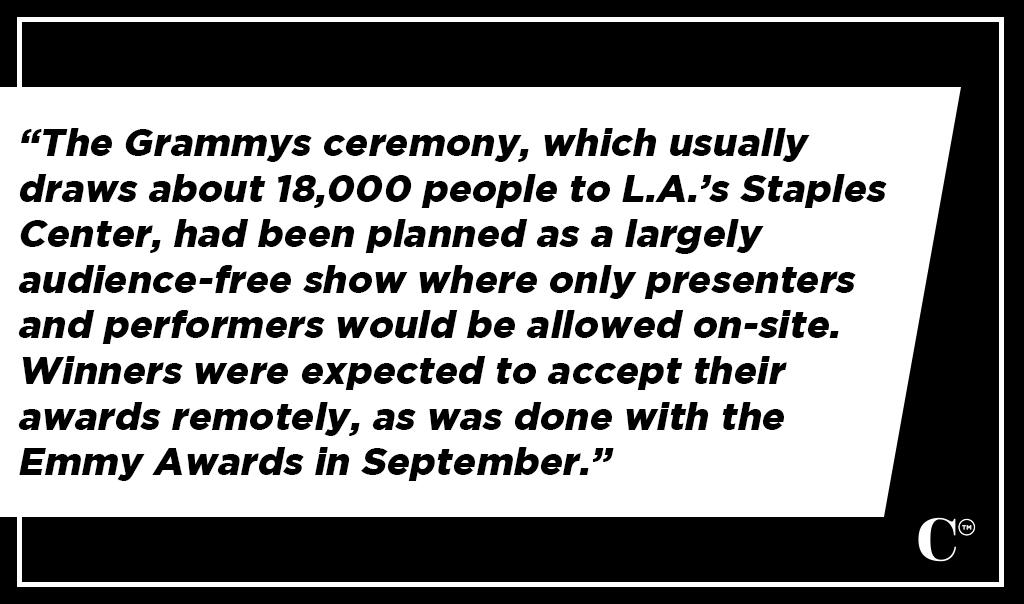 The 63rd Grammy Awards event was originally scheduled to be held in Staples Center on January 31, 2021. However, coronavirus cases in California have surged alarmingly.

In Los Angeles County alone, hospitals are overwhelmed and EMTs have been told to ration certain care due to a lack of resources and staff. Those with the least chance of survival may not receive interventions if there are others with a greater chance to survive who can benefit from the medical therapies. Unthinkable in the modern era, this is exactly the level of chaos being caused by COVID-19 in parts of California. It echoes care rationing that occurred in mid-2020 in Italy and at times in New York City amidst their highest surge.

Due to this massive uptick in cases and lack of resources, the academy feared that gathering people together on January 31st was perhaps not the safest option, even in the limited fashion they have already planned. So the awards ceremony has been postponed at least a few weeks. There is no current date set for the show to resume, but the academy reportedly hopes to aim for March.

The LA Times shares, “The Grammys ceremony, which usually draws about 18,000 people to L.A.’s Staples Center, had been planned as a largely audience-free show where only presenters and performers would be allowed on-site. Winners were expected to accept their awards remotely, as was done with the Emmy Awards in September.”

And Per Rolling Stones,“The 2021 Grammy nominations were led by Beyoncé who picked up nine nominations, while Dua Lipa, Taylor Swift and Roddy Ricch followed behind with six nods each. It’s unclear if original host Trevor Noah is still set to host this year’s show. (Reps for Noah and the Recording Academy did not immediately reply to requests for comment.)? 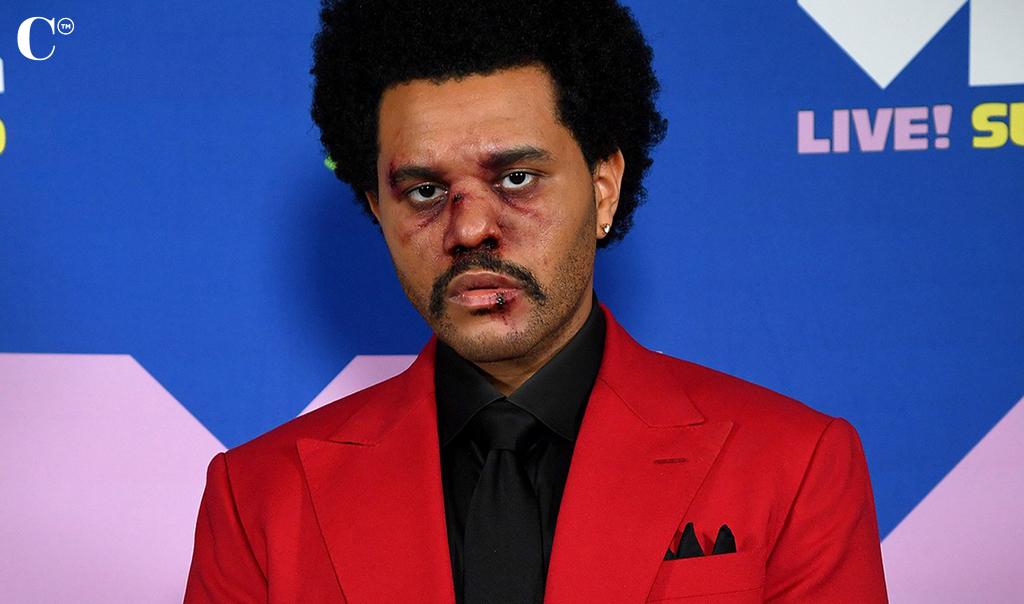 The academy has surely been hoping that 2020 would bring an end to the backlash they’ve been facing. A nomination snub of The Weeknd after his immensely popular After Hours album broke records and topped charts caused an uproar in the music community. Although the academy has established an equality council to try to insure there’s no bias or racism in their nomination process, it’s unfathomable that After Hours was conveniently left off nomination lists. Abel Makkonen Tesfaye, better known as The Weeknd, was joined by Canadian rapper Drake and other music industry giants in demanding accountability from the academy in their nomination process.

This is not the first time the Grammy’s nomination board has been accused of snubbing successful Black artists, but the momentum has continued after a year of open anti-racism dialogue in the collective consciousness of the US. So if the academy hoped that 2020 would see an end to unrest and a return to normalcy, they have thus far been mistaken.

Entertainment Industry In Pain Due to Coronavirus

Although it was unlikely that the ceremony would be able to move forward with all the pomp and circumstance of past years, it’s vital that it still occurs in some capacity. The entertainment industry has been one of the hardest hit, along with it’s sister-industry of hospitality. With large gatherings deemed dangerous across the country, music festivals, concerts, and other large-audience events have been canceled or postponed and those employed have seen their income slow to a trickle or dry up completely.

In California alone, hundreds of thousands of entertainment industry workers have been put out of a job since the start of the COVID-19 pandemic. Although they can’t host the Grammy Awards with a full audience, finding a way to employ as many industry workers as possible is one small way to offer hope to a hemorrhaging workforce.

Although there is currently no postponement date set for the Grammys, CELEB will follow this story and share when we know more.