Grammys 2022 Lights Up Las Vegas with the Ukrainian President, Slap Jokes and More

The Grammys returned this year, and they looked a little different. Not only has the host city moved to Las

The Grammys returned this year, and they looked a little different. Not only has the host city moved to Las Vegas, but after the spectacle of last week's Oscars, everyone seemed a little on the edge of their seat. With different visuals, stars boycotting, and an ongoing military conflict in Europe – it's safe to say this year's Grammys was a gathering point for chaos, slap jokes, and some general weirdness. Here's a look back at the most memorable moments of the night – including a check-in from the Ukrainian President Volodymyr Zelenskky,

Winners of the Night 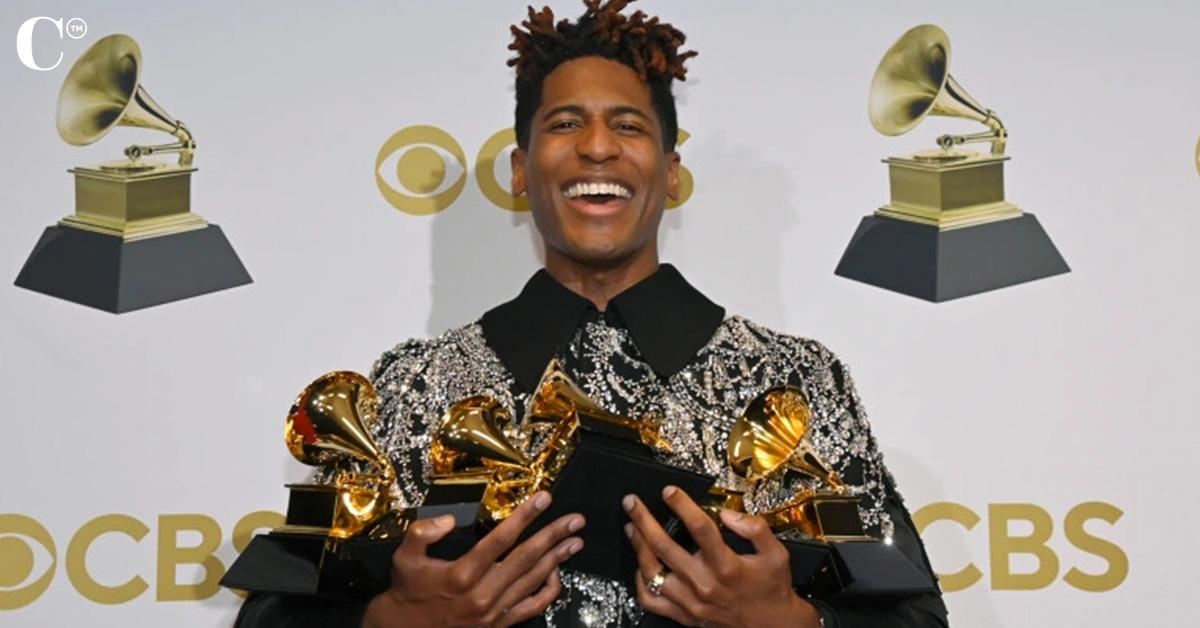 When it comes to awards shows, especially in the music world, everyone is getting a little jaded. Many believe that the system is rigged – some say against women, others against all minorities and specifically People of Color. In recent years, the public has forced a reckoning with the big awards shows such as acting's Oscars and music's Grammys, asking if there's still room for them in today's world. Whether awards shows are a relic of an unequal past and have no place in modern society or not – they're here, and this year's wins were somewhat surprising. Here's a look at some of our favorite big wins from the night:

It was a spectacular night for Jon Batiste and Olivia Rodrigo, and a bit of an awkward win for The Weeknd. The night showcased an extraordinarily diverse array of winners – but there's still some work to be done if skeptics are to be wooed back. 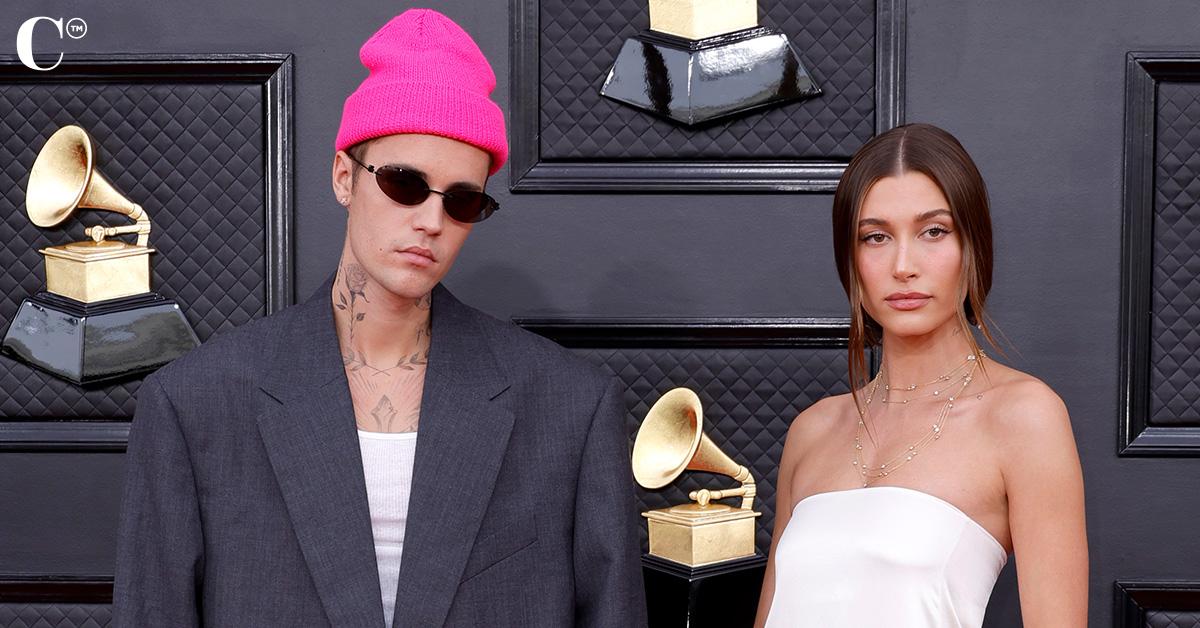 Before getting to the most memorable moments of the night, we have to backtrack to the red carpet. Here are our favorite looks of the night before we hit the misses:

As always, the stars looked breathtaking – but last night was really at triumph for the men, who often get passed over in red carpet buzz.

As usual though, there were some – let's call them "misses." People who took a swing at fashion and, as far as we're concerned, fell a little short:

The truth about the red carpet is that no one looked bad. Everyone looks glamorous, beautiful, handsome, and elegant – but some definitely missed the mark a little bit, but perhaps that's a rite of passage for celebrity events. 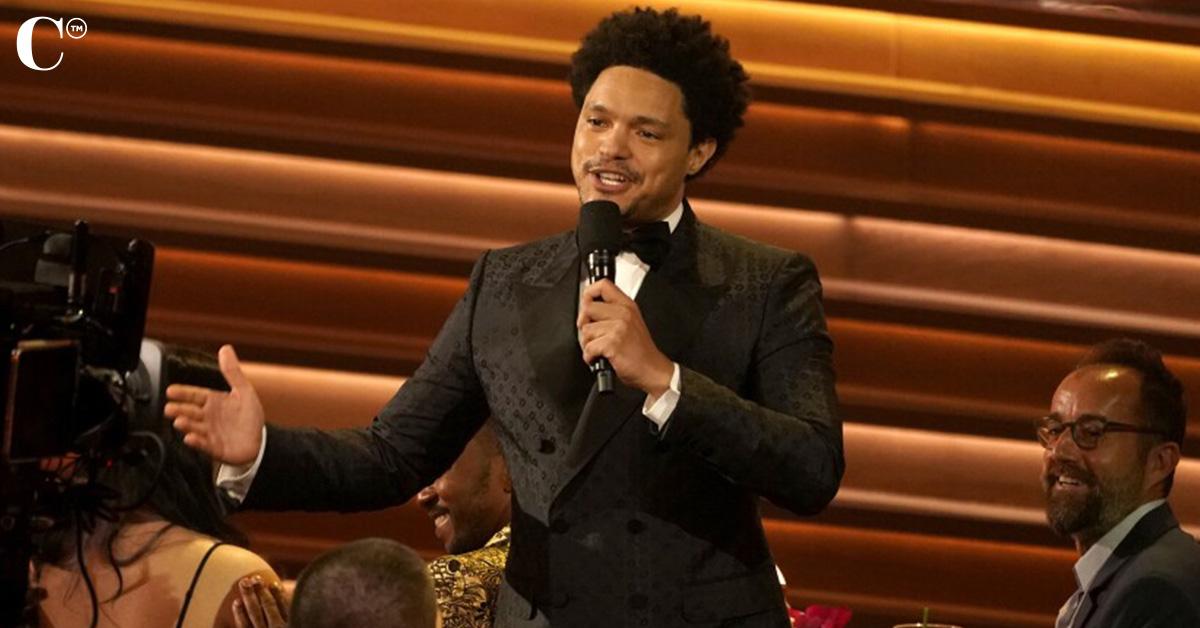 Of course with the Grammys, there are going to be some memorable moments. While there were no on-stage slaps at this award ceremony, there were certainly jokes about it. Host Noah opened the night with one, per Variety; "'Don’t even think of this as an award show,' Noah said about the ceremony. 'It’s a concert where we are giving out awards, we will be listening to music, dancing, sing, keeping people’s names out of our mouths and we are going to give people awards all throughout the night. So let’s get straight into it.'”

And Questlove took a moment to take a shot at the incident, while presenting the Grammy for song of the year; "All right, I am going to present this award and I trust that you people will stay 500 feet away from me. As they say it is far better to give than to receive. Well, I’m not so sure about that because last Sunday it felt pretty good to receive."

While jokes about the 'Slap Heard 'Round the World' were expected guest, one cameo was a bit of a surprise. In the middle of his country being invaded by Russia and fighting for their lives, Ukrainian President Volodymyr Zelenskky found a moment to share a message of hope via satellite. Washington Post reports, "In a moment that no one in the audience saw coming, Zelensky suddenly appeared via video in a prerecorded message and urged the millions of viewers to 'support us in any way you can' during the Russian invasion: 'Tell the truth about this war on your social networks, on TV,' he said. The video led into a performance from John Legend, who introduced a piano ballad he debuted earlier in the day called 'Free.' He was joined by Ukrainian musician Siuzanna Iglidan, singer Mika Newton and poet Lyuba Yakimchuk, who fled Ukraine only days ago."

Singer Halsey was a little tender on the red carpet after undergoing recent surgery for endometriosis, and asked people to be cautious about bumping them. Lady Gaga sang a soulful tribute to good friend Tony Bennett, and Billie Eilish wore a Taylor Hawkins t-shirt after the tragic sudden death of the beloved Foo Fighters drummer, who won a posthumous award with his bandmates.

And notably, Louis C.K. won an award for Best Comedy Album. This comes on the heels of 5 women accusing the comedian of sexual misconduct in 2017, which he admits having done. Apparently, all it takes is 5 years for the Grammy committee to forgive someone for assaulting other human beings – and his win has brought a torrent of renewed criticism of the awards ceremony.

On the plus side, if you were a member of Silk Sonic, Jon Batiste or Olivia Rodrigo – you got to bask in the deserved glow of your acknowledged success.

Was Las Vegas a Smash or a Disaster?

The question remains then, was Las Vegas an excellent new venue or a bit of a wet rag? The fact that it's not in the heart of Hollywood makes it difficult for stars to access the conveniences they're used to having close at hand, like their hair and makeup stylists. Of course, they can travel – but some artists weren't keen on the seemingly unnecessarily change and expense. Ariana Grande, for instance, didn't attend.

And then there are artists who refuse to attend no matter where it's held, such as The Weeknd. Last year's Grammys awards snubbed the artist, whose real name is Abel Makkonen Tesfaye, after he should have swept several categories with the extraordinarily popular "After Hours" album and the success of his "Blinding Lights" single. Other artists have spoken in support of Tesfaye, including sometimes-rival Drake, and accused the voting committee of freezing out Black and other minority artists. In response, the Grammys have promised to do some soul-searching and improve their process, including offering more transparency. It must have been a little awkward for The Weeknd to receive a Grammy for his collab with Kanye and Lil Baby – but hopefully his absence was felt keenly and will encourage the Grammys to continue their introspection and change.

All in all though, the night was a success. With a diverse array of winners, some spectacular performances, and a few witty quips, it was an enjoyable watch.