Harry Styles is certainly having one big laugh as he adds to his resume. The pop star and rising fashion 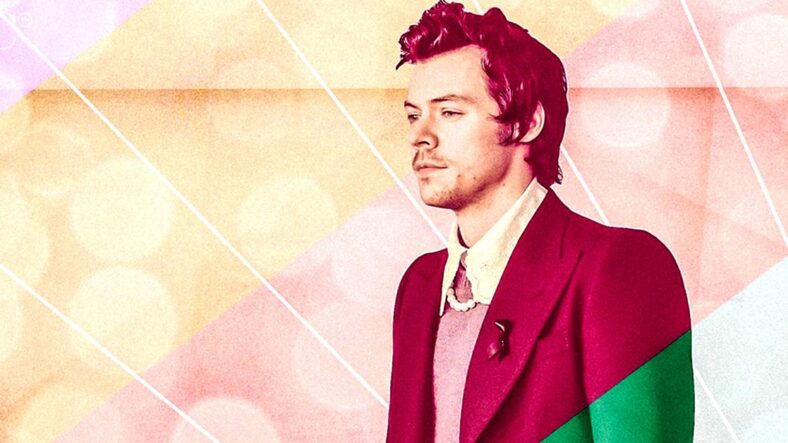 Harry Styles is certainly having one big laugh as he adds to his resume. The pop star and rising fashion figure has looked no further than his last name for inspiration on his next gig – fashion designer for Gucci.

Alessandro Michele, creative director for Gucci, made the surprising announcement in Milan this morning. The new collection, called HA HA HA (Harry’s and Alessandro’s initials), is a collaboration with Harry Styles and himself.

Here is What We Know

The collection, due out in October, features just over two dozen looks from the collaboration. Michele told the press that it is their “dream wardrobe.” He would go on to say that the collection is what anyone would find in either one of their respective closets. While the collection is new, the look is very vintage.

We are crazy for vintage, both of us."

“I love vintage shopping. I think that is really my place. Harry loves vintage too. We are crazy for vintage, both of us,” Michele said.

The look is playful with a touch of bohemia and a big dose of the 70’s coming together for inspiration. Fashion lovers will consider their entire day styled with looks that cover everything from pajamas to suits and everything in between.

HA HA HA is heavy on the whimsy as well. Included in the look are teddy bears, sheep, squirrels and lots of cherries. But don’t mistake the fun-spirited collection for not paying homage to their namesake. It is Gucci after all. Tailored velvet suit jackets and trousers are very much a staple in the line.

What Makes Their Collaboration Beautiful

Though separated in age by two decades, the pair found through their friendship that their fashion sense was almost identical. Michele said that the collaboration grew out of years of exchanging ideas on WhatsApp and the rare in-person glass of wine.

“It started just like two kids playing, you know, in a very easy way,” he said while adding that the actual ‘collection’ “started to be something really concrete maybe one year ago. It's just something that happened.”

The twosome came to know one another at a time when both were coming into their own. Harry was still a teen who had just departed One Direction in order to pursue a solo career. And Michele had just taken over Gucci. It was early 2015. “We grew together,” Michele said.

Considering Harry’s past with Gucci and his previous collaborations, it shouldn’t be a shock that an entire collection with the pair was on the table. The duo began working with one another later that year when Styles sported Michele’s designs on red carpets.

Styles and Michele collaborated together in 2018.

They teamed up again for merchandise on Styles’s second album.

And in 2019, the two co-hosted the Met Gala (along with Anna Wintour, Serena Williams, and Lady Gaga) The theme that year was "Camp: Notes on Fashion."

And let us not forget the many looks in Harry Styles’s videos in which Gucci was featured. One of which was 2017's "Kiwi."

In the meantime Harry Styles certainly has a lot going on. Not only is he touring in Europe through the summer, he is set to bring his “Harry Styles: Love on Tour” back to the U.S. in late August.

And if that isn’t enough Styles is starring opposite Florence Pugh and current girlfriend Olivia Wilde in “Don’t Worry Darling.” That movie is due out in theaters on September 23.