Hailey Bieber has been the talk of many since her whirlwind romance with Justin Bieber. The two wed in 2018 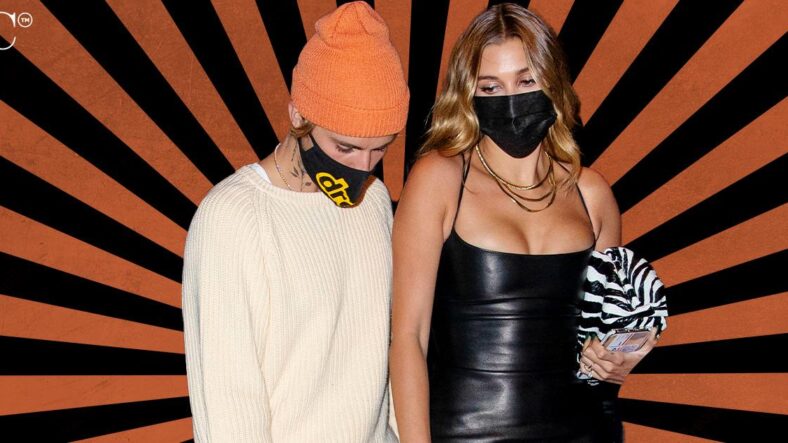 Hailey Bieber has been the talk of many since her whirlwind romance with Justin Bieber. The two wed in 2018 when Hailey was just 21 and Justin was 24 however, they've proven their strength over the past four years, still happily married and very much in love.

The model and business owner sat down with the one and only Alex Cooper for an episode of Call Her Daddy to get real about the truth surrounding her relationship with Justin and all of the details that slipped through the cracks.

The Best Parts About Being Married To Justin Bieber

"He's my best friend. And, there's nothing better than being with the person who makes you smile the most, and makes you laugh the most. Like he's just literally the best human to me. Ever." Hailey told Cooper.

"I've known him for a very long time. We were friends for a long time before anything else and, I just love him."

Early into their conversation, Hailey gushed over Justin saying, "He just has the kindest, sweetest, most gentle heart and soul to me. And, I've always thought that about him."

"To me, he's just the best. The most fun. I have the most with him. He understands me more than anybody ever has in my whole life and I think that goes both ways. And, he's just my guy."

Cooper asked Hailey if her identity has been compromised being married to such a famous figure to which she responded, "Even me talking about him or talking about our relationship, people will take that be like 'all she ever talks about is her relationship with him.'" However, Hailey broke down the reality of it, "Well, we are married and he's a huge part of my life. And, obviously, people are very interested in our life together. And, he's a humongous public figure so it's a little bit unavoidable at times."

She explained, "I do try to have our own things but our lives are completely meshed together." Adding in, "Of course, people are gonna ask me about it. They're gonna ask him about it."

Cooper and Hailey went head first into the controversy surrounding her engagement to Justin. She told the Call Her Daddy host, "First of all, I think one thing is that we're both really young." (24 and 21) "I think the timing was obviously very rapid and very fast which, now being four years past that and looking back on it, I totally get. I'm like 'yea that seemed really drastic and really crazy.' But that was what we felt was a decision between the two of us and it felt correct for the two of us at the time. And, clearly, we were right because here we are four years later."

The Rhode Skincare founder went into the different perceptions of her relationship saying, "The only people that really know the truth of the situation and what the timeline really was and how it happened and how it went down are me and him."

"Perception is a really tricky thing because when you're watching something from the outside you can see it one way when it may not really be the reality of what happened behind closed doors. And, that's a big challenge I think of being somebody who is in the spotlight or being famous, is that, I know how we got to where we got, period. I just know how it happened, I was there and I was living it every day." However, she admitted to understanding how it was a lot for outsiders to fully understand the truth about.

This conversation naturally led to the ultimate question from Cooper, "Were you ever with Justin romantically, at the same time as her?" Neither of the two specified who "her" is however, by the context surrounding the question (Cooper said, "your husband was in a very public relationship. they were kids. people were obsessed with the idea of them. people were confused about the timeline you were talking about like, 'is she a homewrecker?') we can only assume that she was referring to Justin's very famous ex, Selena Gomez.

"No. Not one time," Hailey firmly stated. Adding in, "when he and I ever started hooking up or like, anything of that sort, he was not ever in a relationship ever at any point. It's not my character to mess with someone's relationship. I would just never do that. I was raised better than that. I'm not interested in doing that and I never was."

"I can say, period point blank I was never with him when he was in a relationship with anybody. That's the end of it. And, I had been involved with him since I was 18."

Not speaking on behalf of Justin or his ex, but speaking from her knowledge of what was going on when she got back to together with him and what was necessary for them to come back in a healthy way, Hailey shared, "The timeline also that I think sometimes is in question is us getting together and getting engaged, him having been spending time with his ex before that." Adding in, "I understand again, how it looks from the outside and there's a lot of perception there but, that was a situation where I know for a fact it was the right thing for them to close that door- they were not in a relationship at that time. But of course, there's a very long history there. It's not my relationship, it has nothing to do with me so I respect that a lot but I know that it closed a chapter and I think it was the best thing that could've happened for him to move on and be engaged and get married and move on with his life in that way."

She confidently shared, "I know for a fact that the reason we were able to get back together is because it was very much completely closed."

“They’ve Never Ruined Anything For Me”

Hailey opened up about the hate surrounding her from outsiders on social media and the trauma it inflicted on her. She became fearful of doing interviews and sharing her life publicly because of how others might twist things. She said to Cooper, "If it was another person. It's like because so many people have adored him for so long, nobody in their mind would've been the person [for Justin]."

However, she's come to peace with understanding what is out of her control and has taken control where she can for example, with her personal YouTube channel.

Hailey's conversation with Cooper was an opportunity for fans to hear the truth.

"For me, it's not even about explaining myself. It's about people knowing the truth. Because there's a truth. There is actually the truth of something that happened and the truth of what didn't happen. So I think for me when people make up stories about me online I'm just like 'but that's not what happened. That's not the truth."

Ultimately Hailey stated, "They've never ruined anything for me. They're not ruining my life. they're not ruining my happiness and that I think is really the win of the whole things. you're actually not taking anything away from me so, that's what I just keep stepping forward with: it's like, you can't take this away from me. you cannot take away my happiness my relationship, my business my career. you just can't. you can try and you can be made about it but, it doesn't change anything is my point."