What Is The ‘Harry Potter’ Cast Doing Now? See What They’re All Up To In 2020

Get ready to feel old, you guys, because Tuesday, September 22 is Tom Felton‘s 33rd birthday. The actor was only 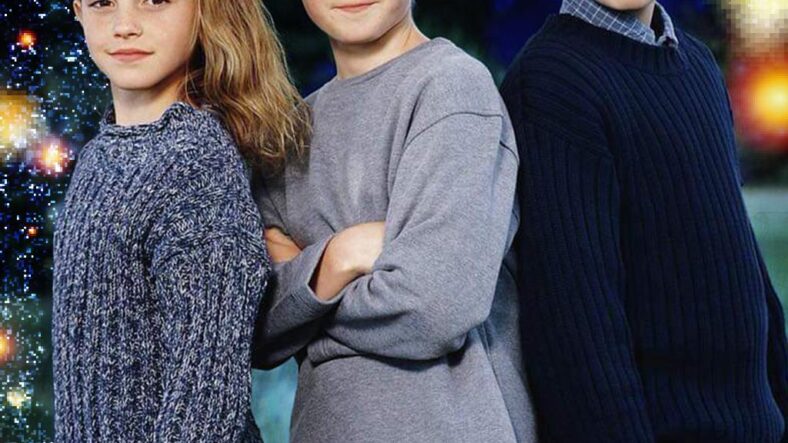 Get ready to feel old, you guys, because Tuesday, September 22 is Tom Felton‘s 33rd birthday. The actor was only 14 when he first starred in Harry Potter, which means it has been almost 19 years since the first magical movie came out! That’s right, almost two decades have passed since the flick hit theaters, and we cannot believe how fast time has flown by!

Over the years, the cast has certainly changed a lot. It feels like just yesterday that we were watching Felton, Daniel Radcliffe, Rupert Grint and Emma Watson on our screens, so the fact that they’re all grown up and full-fledged adults now is seriously blowing our minds. But wait, what are they all up to these days, you ask? Some went on to launch major careers and land a bunch more roles in movies and TV shows, while others stepped out of the spotlight to focus on their personal lives, but either way, they’ve all come such a long way. Get this — one of them even recently became a parent!

In honor of Felton’s birthday, we decided to check in on them all. Here’s what they entire cast of Harry Potter is doing now…

What Is Tom Felton Doing Now?

After the Harry Potter series ended, Felton continued to act. He went on to star in Rise of the Planet of the Apes, The Apparition, From the Rough, In Secret, Belle, Murder in the First, Against the Sun, Risen, Messagefrom the King, A United Kingdom, Stratton, The Flash, Megan Leavey, Feed, Ophelia, Origin, Braking for Whales and more. He’s also got three new movies in the works, so yeah, the list seriously goes on and on!

That’s not all. The actor also stepped into the music industry, and released four EPs over the years. As for his love life, he dated Jade Olivia Gordon (who portrayed Draco Malfoy’s wife in the HP movies) from 2008 to 2016. Now, it looks like he’s single.

What Is Daniel Radcliffe Doing Now? 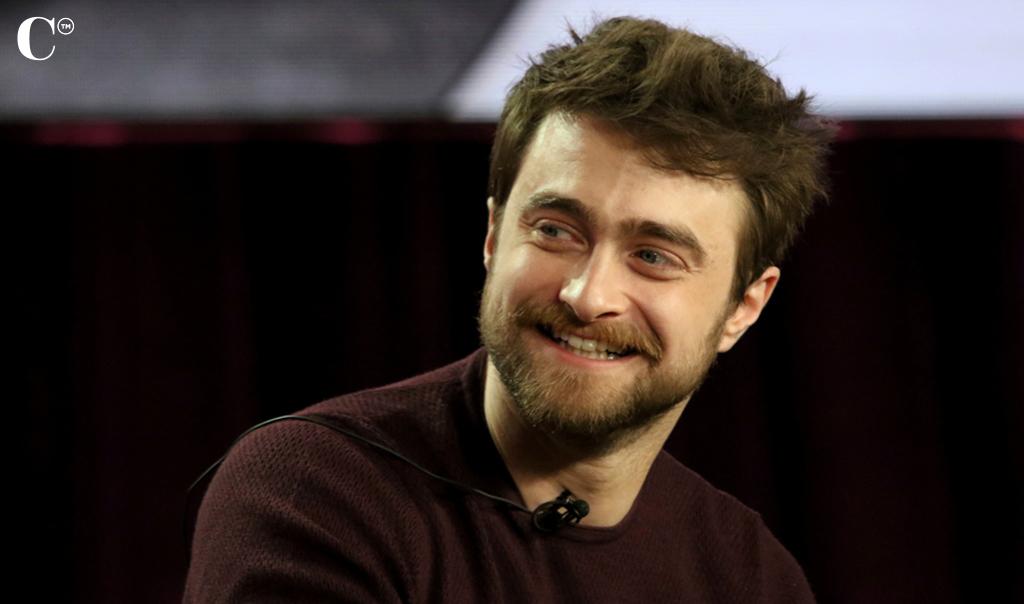 Harry Potter was just the beginning for Radcliffe! Afterwards, he starred in The Woman in Black, Kill Your Darlings, Horns, What If, A Young Doctor’s Notebook & Other Stories, Trainwreck, The Gamechangers, Victor Frankenstein, Swiss Army Man, Now You See Me 2, Imperium, Lost in London, Jungle, Beast of Burden, Guns Akimbo, Escape from Pretoria, Miracle Workers and others. He also headed to Broadway, and starred in the plays How to Succeed in Business Without Really Trying, Equus and The Lifespan of a Fact. So impressive! He’s been dating actress Erin Darke for eight years.

What Is Rupert Grint Doing Now? 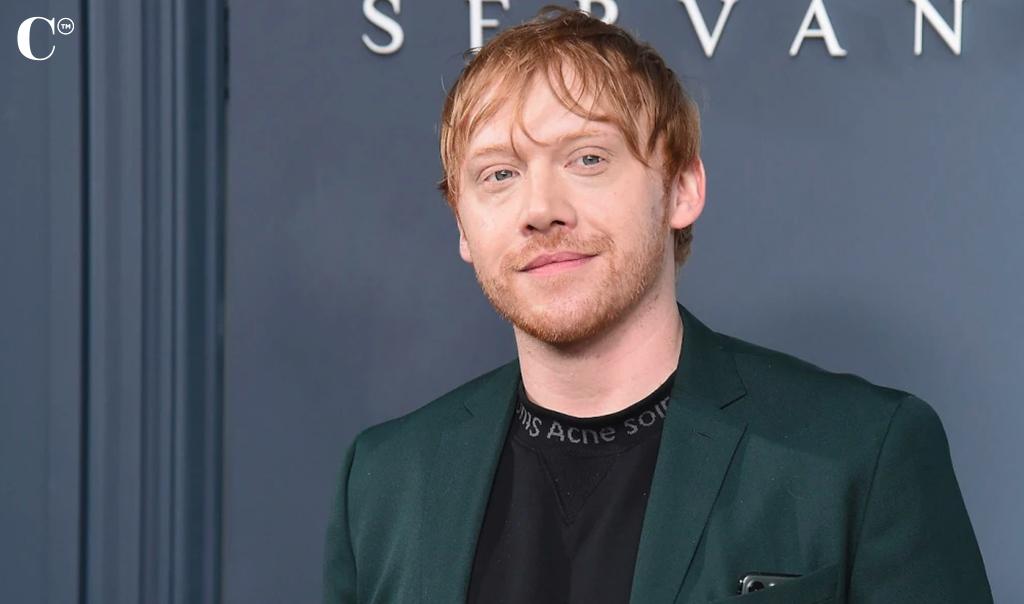 Prepare to have your minds blown because the star is now a father! Yep, he and his girlfriend, Georgia Groome, welcomed a baby girl together in May 2020.

As for his career, he has acted in Servant, The ABC Murders, Snatch, Sick Note, Moonwalkers, Instruments of Darkness, Postman Pat: The Movie, CBGB, Underdogs, Charlie Countryman, Into the White and more. In 2014, Grint made his Broadway debut as Frank Finger in the play It’s Only a Play. Plus, he starred in the music video for Ed Sheeran‘s song “Lego House.”

What Is Emma Watson Doing Now? 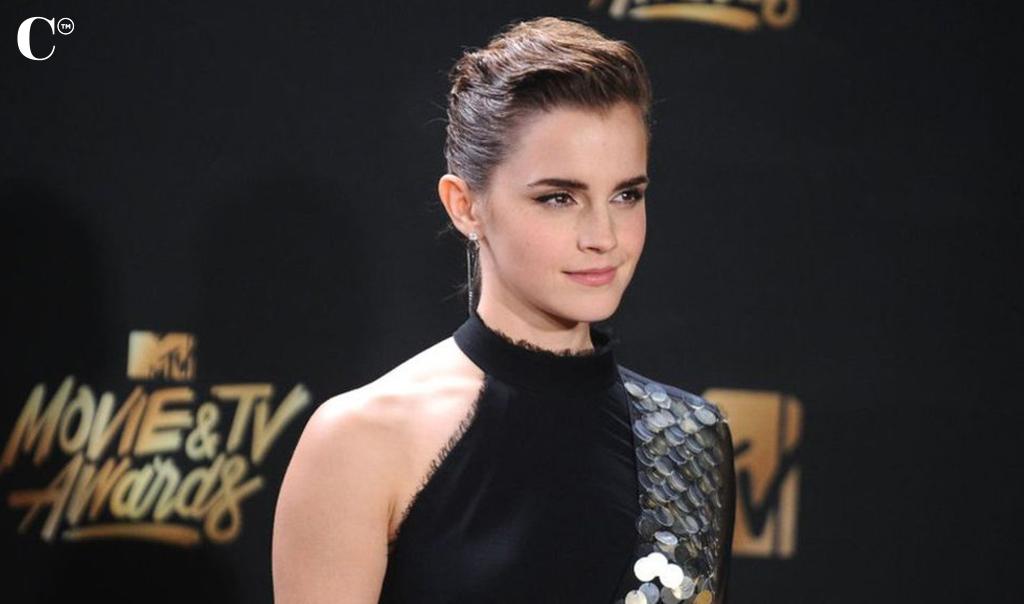 Watson did not slow down after the Harry Potter series came to an end. She accomplished a lot, starring in titles like My Week with Marilyn, The Perks of Being a Wallflower, The Bling Ring, This Is the End, Noah, Colonia, Regression, Beauty and the Beast, The Circle, Little Women and more. She also took some time out of the spotlight to focus on her education, and she graduated from Brown University in 2014. Plus, the actress has dabbled in modeling, and has devoted a lot of her time to speaking out about feminism.

What Is Robbie Coltrane Doing Now? 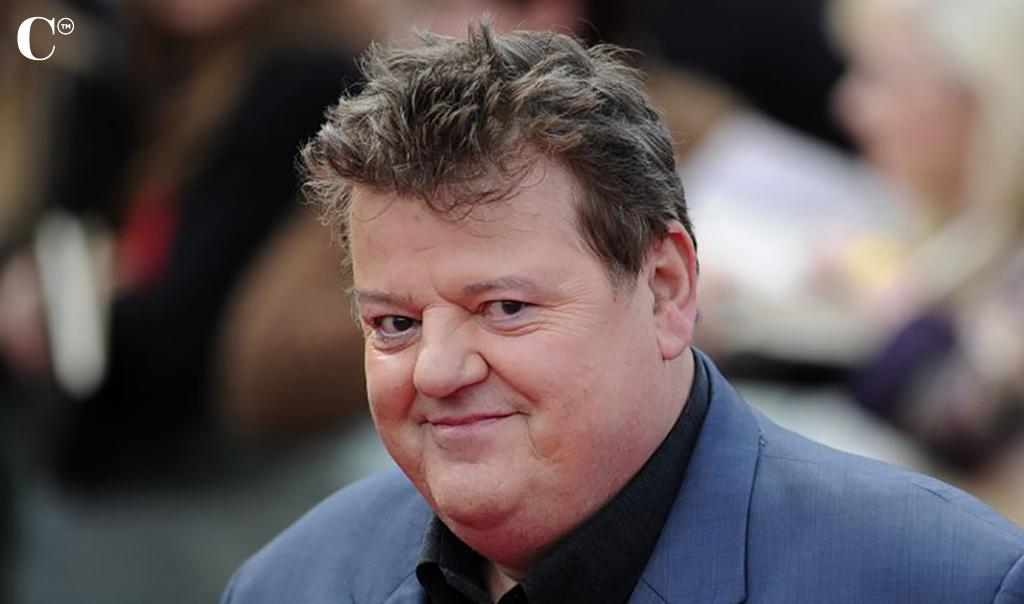 Coltrane may always be Rubeus Hagrid in fans’ hearts, but that didn’t stop him doing a lot after Harry Potter. He appeared in National Treasure, Effie Gray, The Comic Strip Presents…, Great Expectations and more. He’s also busy being a dad! Yeo, he and his ex-wife (who he divorced in 2003), Rhona Gemmell, share two kids together — a son named Spencer and a daughter named Alice.

What Is Maggie Smith Doing Now? 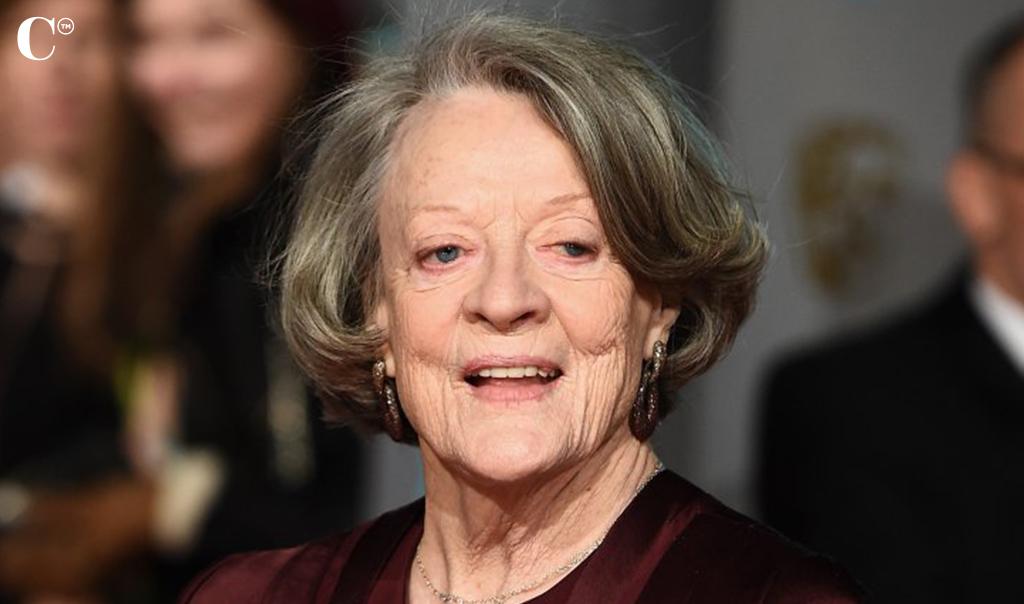 In 2007, it was reported that Smith was battling breast cancer, but two years later, news hit the web that she had made a full recovery. She was married twice, but her husband, Beverley Cross, tragically passed away in 1998. She has two sons (who are also actors!) named Chris Larkin and Toby Stephens.

What Is Alan Rickman Doing Now?

Rickman, who played the beloved Professor Severus Snape, tragically passed away on January 14, 2016, at 69 years old after a battle with pancreatic cancer. Before that, he starred in Gambit, Lee Daniels’ The Butler, A Promise, CBGB, A Little Chaos, Eye in the Sky, Alice Through the Looking Glass and more. He also acted in the Broadway play Seminar. He married his longtime girlfriend, Rima Horton, in 2012.

What Is Ralph Fiennes Doing Now? 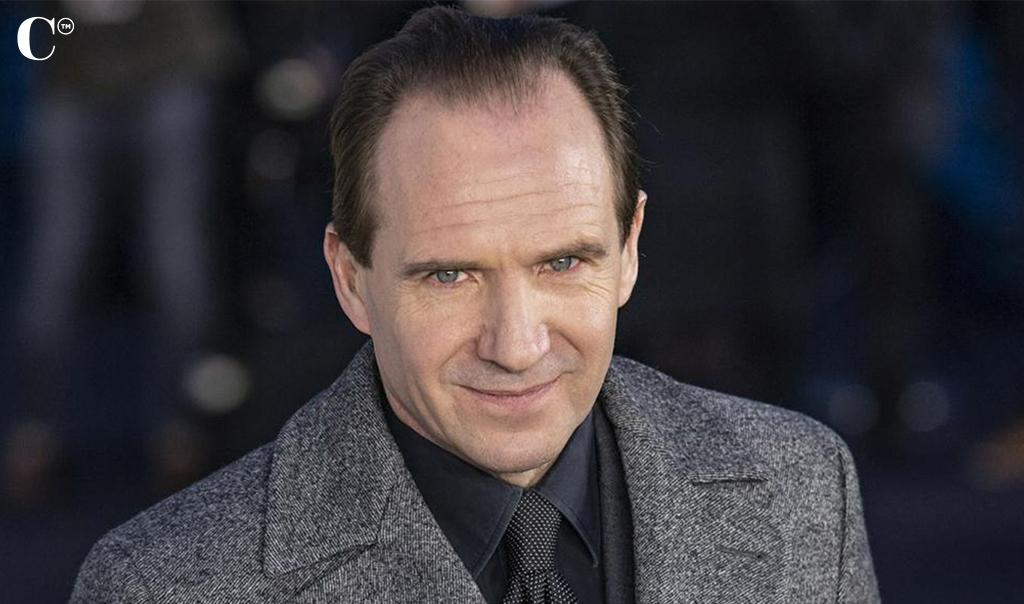 Fiennes played Voldemort in the series, and since then, he acted in so many movies and TV shows! He went on to star in Wrath of the Titans, Great Expectations, Skyfall, The Invisible Woman, The Grand Budapest Hotel, Turks & Caicos, Salting the Battlefield, Two Women, A Bigger Splash, Spectre, Hail, Caesar!, Richard III, Kubo and the Two Strings, The Lego Batman Movie, The White Crow, Holmes & Watson, Official Secrets, Dolittle and so many more. He has six new movies in the works at the moment, so keep your eyes peeled for him! He and his girlfriend of 11-years, Francesca Annis, split in 2006.

What Is Michael Gambon Doing Now? 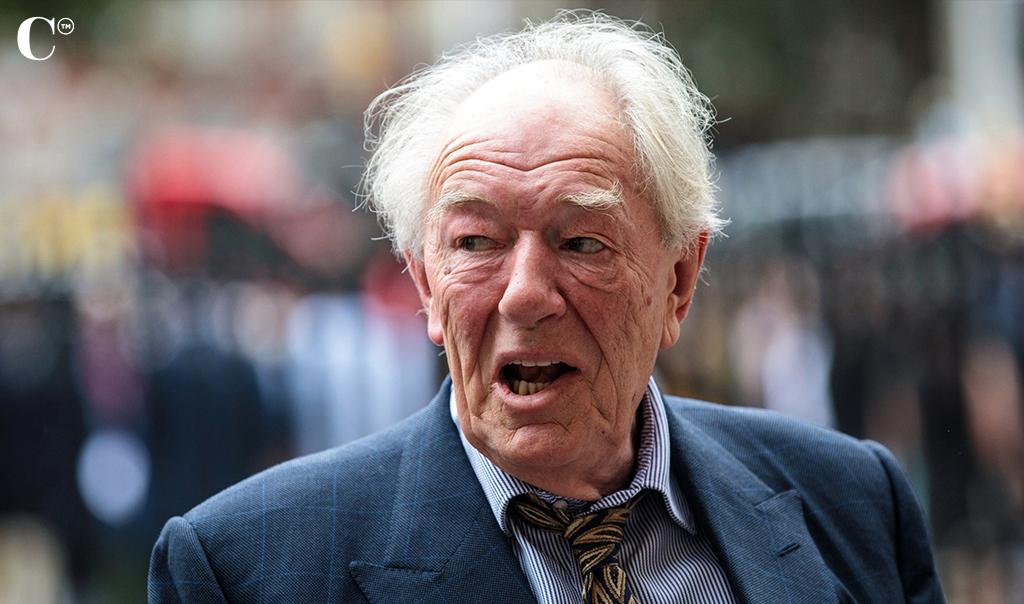 Tags: HARRY POTTER WHERE ARE THEY NOW