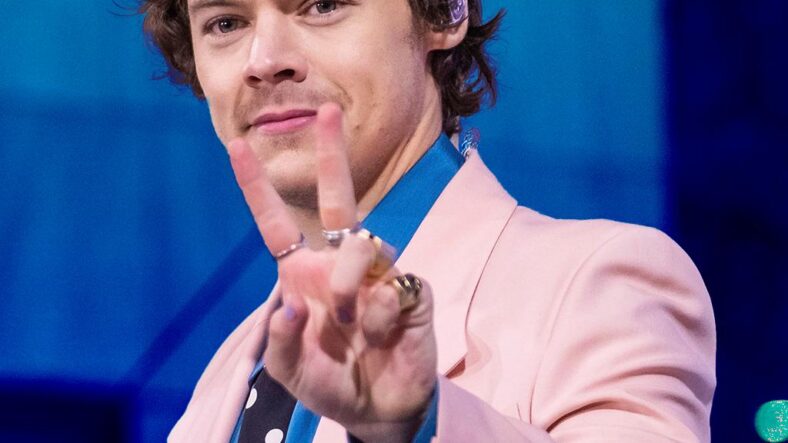 Just a few weeks after news hit the web that Harry Styles was starring in a brand new movie called Don’t Worry Darling, reports have emerged that claim he’s being eyed for another upcoming film! That’s right, fans may have to prepare themselves to see the One Direction member on the big screen for not one, but two new flicks, and we are seriously freaking out about this!

But wait, when does his new movie come out? What is it going to be about? Who will Styles play? And who else is starring in it? Not to worry, people, because we’ve got all the exciting details for you. Here’s everything you need to know…

What Is The New Movie Called And What’s It About?

Deadline has reported that the movie is still untitled, but that it’s going to be based off a novel called My Policeman by Bethan Roberts.

Who Else Is Going To Star In It?

According to Deadline, the singer hasn’t officially signed onto the movie just yet, but he’s in negotiations to star in it. Lily James (who fans may recognize from Disney’s live-action Cinderella movie, Baby Driver, Mama Mia! and more) is also in talks for the upcoming flick, which is going to be directed by Michael Grandage. Plus, get this — Oscar-nominee Ron Nyswaner is reportedly adapting the screenplay! How exciting?! There’s not a lot of other info on it just yet, but production is reportedly set to kick off next summer.

What Other Movie Is Styles Working On?

This isn’t the only flick that the “Sign of the Times” artist has up his sleeves. Earlier this month, it was announced that he’d be starring in a brand new movie called Don’t Worry Darling, alongside Florence Pugh (who fans may recognize from Little Women, Midsommar, Black Widow and more), Chris Pine (who is most known for his role in Star Trek, but also acted in Wonder Woman, Into the Woods and others) and Fifty Shades of Grey‘s Dakota Johnson. But want to know the best part? Drum roll please… Olivia Wilde is directing the movie! Plus, Katie Silberman (who was behind films like Isn’t It Romantic, the Netflix movie Set It Up and more) wrote the screenplay. Wow, talk about a dream team.

Is Styles Working On Any Other Movies?

That’s not all. Rumors have been circulating the web recently that Marvel is looking at him, Nick Jonas and Lady Gaga to star in a new X-Men movie. Please let this be true!

Plus, there was also speculation that he was gearing up to star in another new flick, this time with Brad Pitt. Latin America outlet Vértice Cine reported that the musician was cast in a film called Faster, Cheaper, Better. But according to Vanity Fair, Styles is not going to appear in that movie after all — sorry people.

What Else Has Styles Acted In?

For those who don’t know, the musician first made his acting debut back in 2017 when he starred in Christopher Nolan‘s film Dunkirk, alongside Fionn Whitehead, Tom Hardy and more. He was also considered for the role of Prince Eric in Disney’s upcoming live-action remake of The Little Mermaid, but he ultimately turned it down to focus on his music career instead.

Can We Expect New Music From Styles Any Time Soon?

Besides landing major movie roles, it’s also been rumored that the pop star has been hard at work on his third studio album! Yep, you guys might want to brace yourselves for some new tunes from Styles because he was recently spotted in Bath, England. Now, it’s still unclear what he was doing there, but some fans were quick to point out that his last LP, Fine Line, was recorded at a studio right near Bath. Coincidence? We hope not.

Styles first rose to fame after he joined the band One Direction in 2011, alongside Niall Horan, Liam Payne, Louis Tomlinson and Zayn Malik. Together, they released five studio albums, embarked on numerous world tours, broke tons of records and so much more. After going on an indefinite hiatus in 2016, Styles went on to release his first solo album, Harry Styles, in May 2017. Then, his second LP, Fine Line, came out in December 2019.

What Other Movies Do We Have To Look Forward To?

And it turns out, these aren’t the only movies that 1D fans have to look forward to. After We Collided — the upcoming sequel to the Styles-inspired film After — is set to hit theaters on October 23, 2020. For those who forgot, the first flick came out in April 2019, and it starred Hero Fiennes-Tiffin and Josephine Langford. It was based off a widely popular One Direction fan fiction written by Anna Todd. The story started off on Wattpad, but after getting millions of views, it was published into a five-part book series, and later turned into a movie.

Now, we’re just weeks away from the sequel! And get this, you guys — not only will Fiennes-Tiffin and Langford reprise their roles as Hardin and Tessa for the new movie, but it was also announced back in August 2019 that Dylan Sprouse is joining the already-epic cast! Ugh, can it be October 23 already?!