Fans are falling even more in love with Harry Styles (if that’s even possible!) after news hit the web that 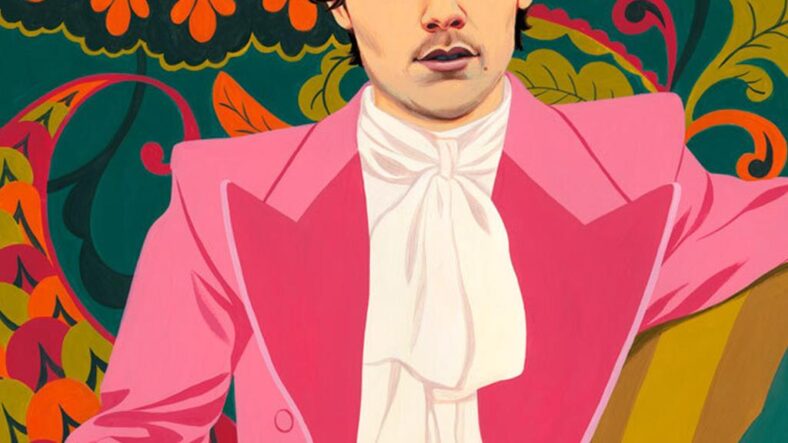 Fans are falling even more in love with Harry Styles (if that’s even possible!) after news hit the web that the former One Direction member saved someone at a Halloween party. Yep, posted by the account OverheardCelebs on Instagram, an anonymous person sent in a story about a time that the singer helped her get out of a very sticky situation, and now, our hearts are seriously bursting.

“A few years ago, I was at Robin Thicke‘s Halloween party up in the Hollywood Hills, watching my friend flirt with Harry Styles. I was very impressed and proud of her bravery,” the person recalled. “She waved me over to say hi, and right when I went to shake Harry’s hand, I knocked over Robin Thicke’s MASSIVE expensive telescope. When I looked up at Harry he winked and said, ‘I won’t tell if you don’t.’ And what was when I, too, fell in love with Harry Styles.”

Wow, how amazing is that?! To make things even better, Thicke’s fiancé, April Love Geary, caught wind of the post, and she commented on it. She replied, “Omg it was like a normal sized, never used telescope! I actually vividly remember the night.”

It turns out, this isn’t the first time Styles has done something heroic or just plain adorable before. Yep, he may be one of the biggest celebrities in the world, but in real life, he’s actually super sweet, and we can prove it! We went ahead and rounded up some other amazing stories that fans, friends or other celebrities have shared about the pop star, to prove that he’s a legit angel.

That Time He Fed A Fan’s Fish

In October 2020, a fan named Theadora posted a few photos of Styles inside her bedroom, feeding her fish! Naturally, people were a little confused as to why he was there or what he was doing, and it turned out, he had car troubles and decided to wait inside her house until it was fixed. Unfortunately, the fan wasn’t home, but he left her a note that read, “Theadora, my car broke down on your street and your dad’s friend kindly let me wait at your house with a cup of tea. I’m devastated that we missed each other. Looking forward to meeting soon. Treat people with kindness.”

He also signed all of her CDs, adding on her copy of his solo album Fine Line, “Sending you all my love, I’m so sorry we missed each other. Until next time, Harry.”

IG || “Just came home and found out who was house sitting… ” (©️theadoraaaaaaaa) pic.twitter.com/Et14ddcU5r

Everyone was seriously in tears when Katy Perry recounted the sweet reaction Styles had to the news that she was pregnant and expecting her first baby with Orlando Bloom. Get this — she told him on a plane, and he actually offered to give his seat to her!

“I saw him on a plane, it was so funny. I actually saw him on a plane before I announced that I was pregnant. We were having a conversation and I was like, ‘Yeah and I’m pregnant, just like off the cuff,’ ’cause I was like, what else do you say?!” the singer explained to BBC Radio 1. “He was so happy for me, he actually, you know what? He was so sweet. I was like crouching down by his seat on the plane and once I had told him that, he got up out of his seat and he’s like, ‘Here, sit in my seat.’ And I was like, ‘No! I’ll just go and sit in my own seat,’ which is right across the way, but he’s like a complete gentleman.”

Ephrata, One of the models who appeared alongside the musician in his “Watermelon Sugar” music video, got real about the way he treated them all on set, and boy, was it amazing.

That Time He Helped A Fan Who Fell Down

While Styles was leaving a store in New York City back in 2013, the fans and paparazzi got a little too crazy in an attempt to get a glimpse of him, and one young girl fell down. Right away, the 26-year-old stopped and made sure she was OK! For almost two full minutes he stayed with her until she had calmed down, and he even snapped a picture with her once she was feeling better. What a gentleman.

Styles has given back millions of dollars throughout his career. On his Harry Styles World Tour alone, the “Sign of the Times” crooner donated $1.2 million (from merch and a portion of ticket sales) to 62 different charities. He has also publicly supported the Black Lives Matter movement and has been a strong ally of the LGBTQ+ community.

That Time He Watched Someone’s Dog For Them

If you need a pet sitter, Styles is your guy! Los Angeles-based sports correspondent Rory Carroll sent fans into a frenzy when he recounted an epic story on Twitter, which involved Styles watching his dog for him.

“I was outside a restaurant in Hollywood trying to pick up my takeout order but couldn’t go in because I was with my puppy,” he explained. “Harry Styles saw my predicament, tapped me on the shoulder and said he could watch Oscar while I went in. What a guy.”

I was outside a restaurant in Hollywood trying to pick up my take out order but couldn’t go in because I was with my puppy. Harry Styles saw my predicament, tapped me on the shoulder and said he could watch Oscar while I went in. What a guy pic.twitter.com/B5bQ7PQYdI

What About The Time Gave A Fan A Literal Diamond Necklace As A Present?

Back in 2015, Styles gifted one special fan with a diamond necklace. Yep, the young girl, named Abbie, was flown to London through the foundation Make A Wish after she was diagnosed with cancer. And after meeting all of members of One Direction, Styles did something extra special for her.

“It was such an amazing experience meeting them and having my photo took with them, and just when I thought the day couldn’t get any better I was taken backstage and I met Harry privately where he gave me a beautiful diamond heart shaped necklace,” the fan wrote on Instagram. “I still can’t believe what has happened as it was the most surreal experience ever but by far one of the best days of my life!”

He Sent Fans Food While They Waited For Him

In 2017, hundreds of fans camped out for days on the streets in an attempt to see him perform at the Eventim Apollo in London. And in true Styles’ fashion, he sent them boxes of pizza and hot chocolate to make sure they were fed and warm! He also did it again before his performance on Saturday Night Live in 2017. So sweet!

He Stopped His Concert For A Fan Having A Panic Attack

During one of Styles’ concerts in 2017, he suddenly noticed that a fan in the front row was having a panic attack. Ready to have your hearts burst?! The singer actually stopped his show mid-song to get her help.

“Is everyone OK? You still with me? Do you want to help her up? If everyone could give a little bit of space. Just chill for one second, we’ll get some people,” he said.

And that’s not the only time he helped someone who wasn’t feeling well. In 2014, after a fan met him backstage, she started to panic and he helped calm her down.

“Deep breaths,” he told her.

He Even Helped A Fan Come Out To Her Parents

When Styles saw a sign that said “I’m gonna come out to my parents because of you!” during one of his shows, he stopped and asked the fan what her mother’s name was. Then, the singer told the rest of the audience to quiet down so that he could record a video for her mom! He screamed, “Tina, she’s gay! Tina says she loves ya. Congratulations, I’m very happy for you.”

@Harry_Styles Thank you so much for creating an environment where I am proud to be who I am. Your continuous support of the LGBTQ+ has helped me come to love myself and feel safe. Thank you for tonight and I can’t wait to show Tina (my mom) this video. Love you always. pic.twitter.com/Kk5FJVYemB

The fan later told E! News that her mom was “overjoyed” after seeing the video, and that she told her, “Yes I do love you and you can be whoever you want to be.”

He Has A Whole Song Dedicated To Being Nice

Those who are fans of Styles know that his catch phrase is actually “Treat People With Kindness,” and he even has a song with the same name — so it’s clear it’s something he is passionate about.

“Maybe we can find a place to feel good / And we can treat people with kindness / Find a place to feel good,” the lyrics to the song read. “Givin’ second chances / I don’t need all the answers / Feelin’ good in my skin / I just keep on dancin’ / And if we’re here long enough / We’ll see it’s all for us / And we’ll belong.”