Sharing Genes And Sharing Style, Farrah Abraham And Sophia Match On The Beach In Hawaii

Former Teen Mom star Farrah Abraham has been living her life to the fullest, celebrating her 31st birthday in Hawaii.

Former Teen Mom star Farrah Abraham has been living her life to the fullest, celebrating her 31st birthday in Hawaii. She stayed at the iconic Royal Hawaiian Resort dubbed the "pink hotel in Waikiki with her daughter Sophia, 13. Her only daughter surprised her with a lavish cake on the beach and a huge floral and balloon display.

Abraham used this vacation to celebrate a new year of life. On Instagram, she captioned a video with Sophia and her cake, "To my 31st, The one I've been waiting for… she's here. sobriety, healed & blessed, the best gift in the entire world @sophialabahram"

The mother-daughter duo has been noticeably BFF's and their most recent look on the beach has only proven it to be more true.

Farrah and Sophia strutted down the beach in similar pink fluffy bikini tops while in Hawaii. 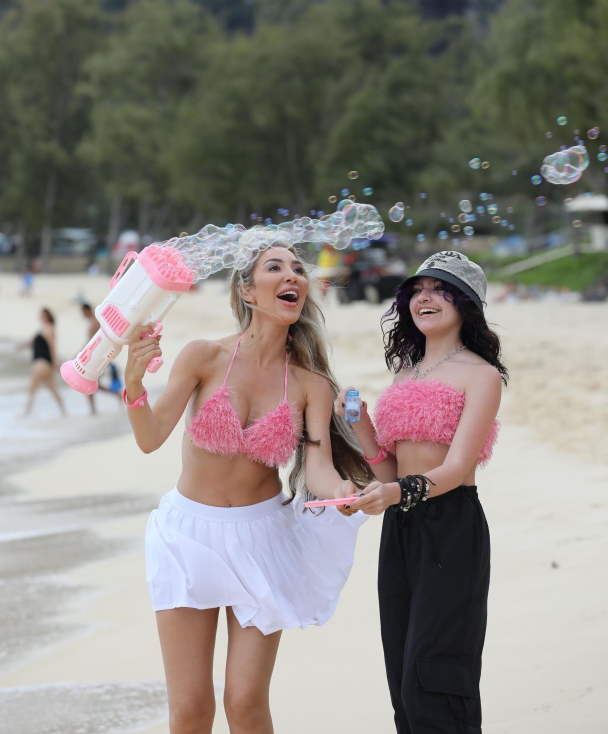 Farrah rocked a string bikini with a flowy white skirt and black sandals. Her long blonde hair was tied back with a headband,

Sophia wore a tube top style of the same fabric as her mom, with black pants, sandals and a bucket hat. 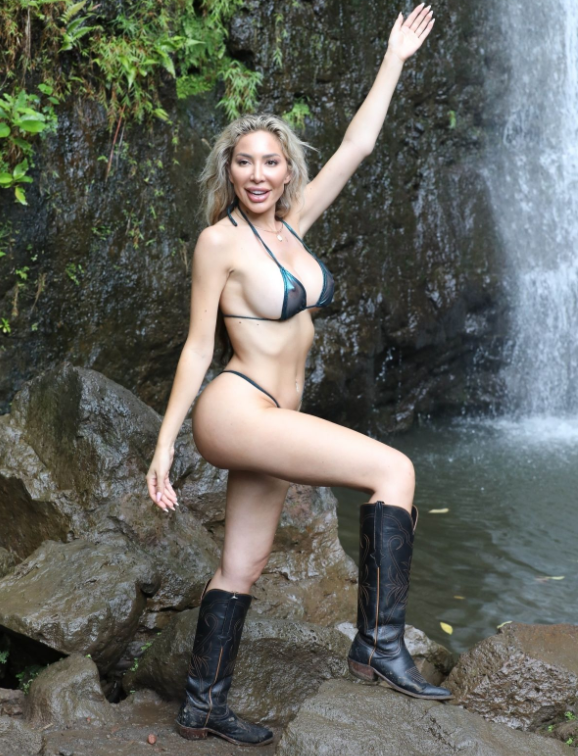 Farrah shared photos that couldn't be missed by the eyes of the internet. And, it wasn't just the photos that caught the attention of fans. There was a detail within them that started conversations, leaving fans concerned for the former teen mom.

Celebrating her birthday in Hawaii, Abraham posed in front of a waterfall, wearing a dark grey, thong bikini, and cowboy boots. She's standing with one leg propped on a rock and her opposite arm reaching above her.

Typically, a wardrobe malfunction would be the first concern. However, fans' eyes caught another detail that sparked a conversation on Reddit.

Teen Mom fans noticed that the reality TV star's face "appeared to droop." The thread was titled, "Did she have a stroke? Why is the left side of her face drooping? I'm starting to feel sorry for her, again. I've never seen anyone else this desperate and embarrassing. Poor Sophia."

Nothing Can Break Her Down Now

Abraham has been open about her mental health struggles following her assault arrest for allegedly slapping a security guard outside a bar. She completed a 28-day stint in rehab in March to help deal with her trauma and has been working on herself since.

Looks like she's really paying attention to what's good and isn't for her coming out of her rehab program.