Many movies receive critical acclaim because of the realism they portray. Directors and actors are responsible for bringing characters and 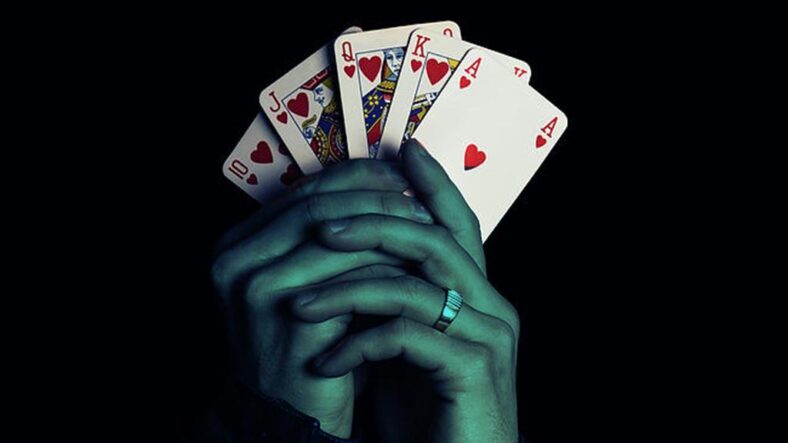 Many movies receive critical acclaim because of the realism they portray. Directors and actors are responsible for bringing characters and situations to life, and in doing so must ensure they are as realistic as possible in order to appeal to viewers and critics.

Films like Titanic, though a fictional love story, is set in a real moment in history, meaning that all those involved had to make it look and feel as realistic as possible, from the set design, to the food, to the costumes. Even more fantastical films, set in fictional places and involving fictitious characters need to have elements of realism to ground them and make them appealing to viewers. The Harry Potter Franchise for example, though set in a magical wizarding world, relies on very human emotions and motivations to keep things relatable.

Poker has been used in a number of successful movies as a backdrop to the action, or indeed as part of the main action. When using poker in movies, directors and actors must ensure that all elements of the game are realistic, otherwise they risk alienating viewers who will be unable to buy into the film. For example, when showing hands, they have to be realistic, and the winning hand must in fact beat the others.

This was one of the first films to look at the modern poker scene and the WSOP. Set in the underground scene as Mike (Damon) helps Worm (Norton) pay off some heavy debts by playing some high stakes poker. There is some insight into WSOP, as well as the poker world before the online boom made online casinos readily accessible. As well as a start-studded cast including John Malkovich as the villain, the film manages to give a realistic portrayal of the game by including expert guidance from real life poker players, even featuring two-time WSOP Main Event Champion Johnny Chan.

According to Mike, ‘You can’t lose what you don’t put in the middle, but you can’t win much either’, alluding to the fact that the bigger the potential win, the bigger the risk.

Director Sorkin relied heavily of the book of the same name, and Bloom herself as a consultant on the film to ensure it was an accurate representation of the game. The fictitious setting of the Cobra Room was based on the Viper Room, the famous Hollywood club that Bloom originally worked at, which was owned by Johnny Depp and was the site of River Phoenix’s death in 1993.

At the time of release, Bloom had only mentioned Hollywood stars by name who had already been outed by the media; ‘I was in a room with movie stars, directors, and business titans. They were going all-in, all the time’.

Starring Steve McQueen as Eric ‘The Kid’ Stoner and Ann-Margret as the femme fatale, this film showcases the poker scene in 1930s New Orleans, in the midst of the Great Depression. The Kid is working his way up the Poker world, improving his skills and several scenes showcase five-card stud. The finale sees the Kid up against older, and wiser, Lancey ‘The Man’ Howard: ‘You’re good, Kid. But as long as I’m around, you’re second best. And you might as well learn to live with it.’

As is the case for a lot of films of that era, the sense of realism is sometimes compromised so that the action can be moved forward, and many critics question whether the hands dealt would realistically happen.

Despite being only one of two players to win WSOP Main Event three times, Ungar was found dead in a hotel year in 1998, less than a year after his final WSOP win. The film is told as a flashback, and features cameos from several high profile poker players including Vince Van Patten and Al Bernstein, and showcases all the best games of his career, culminating in his 1997 WSOP win.

There is a great deal of input from some of the biggest names in poker, including Phil Helmuth and Antonio Esfandiari, and is one of the most realistic portrayals of the game to have graced the silver screen.

The film also includes Chris Moneymaker’s historic WSOP win in 2003; Moneymaker was the first person ever to qualify for WSOP after qualifying at an online site, and his win sparked the poker boom in the US in the early 2000s.

Poker got so big that in this film Scott Nguyen boasted ‘Poker right now is bigger than the Super Bowl’: a bold claim indeed, but perhaps, given the circumstances, not far off.

There are plenty of other, hugely popular films based on, or featuring poker.

The Sting, starring Paul Newman is a classic film. Set in the Great Depression, it sees two grifters looking to outwit a villainous crime boss. In the pivotal poker scene, which many have classed as a sheer delight to watch, Newman outcheats a cheater; “What was I supposed to do? Call him for cheating better than me in front of the others?” says Lonnegan afterwards. Poker is also key to Casino Royale and Oceans 11, with both using poker scenes to add to the tension and to help move the plot along.