Hollywood’s CELEBs want This Man Behind The Camera

Jake Cloobeck is an old soul of the new generation. "I wanted to do what no one's doing," the young 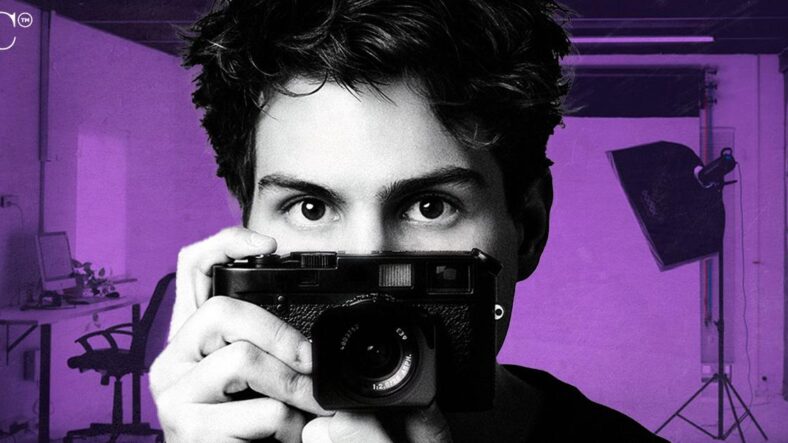 Jake Cloobeck is an old soul of the new generation. "I wanted to do what no one's doing," the young photographer told CELEB in reference to his black and white only film captures. Inspired by vintage Hollywood, Cloobeck blends the classic feel of an old-school photo with modern-day Hollywood that is timeless, powerful, and captivating. He shared with CELEB, "I was influenced when I was young. I loved old rock n' roll tour photography. And, I loved the classic Hollywood photos of Frank Sinatra, Sean Connery, and Marilyn Monroe; all these classic vintage black and white [photos]. I loved that feel and I wanted to emulate that with my generation of Hollywood."

"The Kid," as called by his friends, actually went to school for film producing. In fact, photography was only a hobby that bloomed into a career during the pandemic. "I want to make movies when I'm older," he shared. Adding in, "I want to produce films." In fact, when he does shift into the realm of motion pictures, the "classic Hollywood film" would continue to be the inspiration for his work, tying effortlessly into his photography.

The beauty of Cloobeck's work is his sense of individuality. He doesn't follow the crowd or a set of rules that promise him success. Instead, he works to be appreciated and valued as himself. "You gotta do it for yourself. You can't do it for others. And, I think that's the biggest thing. You gotta do it because you want to do it. And, not tailoring to Instagram," said the California kid, explaining that his aesthetic has always been what it was as his skills continued to flourish. "I'm just not even paying attention to that [demand shifts on social media]."

Cloobeck has been working under the wing of the well-known photographer Tyler Shields. The Florida native has become popular for his provocative photography as well as his work as a professional screenwriter, director, and inline skater. The Kid looked up to Shields since his teenage years when taking photos was only a hobby. He shared, "I mentored and was trained by Tyler Shields. I learned all film photography through him, and now I shoot only film."

Meeting Tyler Shield was the moment that took Cloobeck's passion to the next level. "That moment changed my life," he stated. "There hasn't really been a pivotal moment than that. than really opening my eyes up to film and [him] really treating me like his kid."

The portrait photographer hones in on celebrities and fashion because it's "capturing a time period of these actors and actresses." He explains, "it's almost more like documenting. that's really what it is. It's documenting history – film, fashion – in my day and age." Cloobeck shares his genuine desire to be that guy who captures his friends or other up-and-coming personalities before they become the "superheroes" that they are molding into. "It's one of those things where you're rooting for them," he shared with CELEB, furthering his explanation, "I want to serve them because I want to be iconic for them. It's all for them, it's not for me."

He’s The Colorful Energy Within A Black And White Portrait

The world is loud. It's intermixed with shades, architecture, nature, and other infinite sensations we experience daily. Cloobeck himself is fond of all of it- the mixed mediums, attention to detail, and bouts of color. However, when referring to his craft, he follows the approach of 'less is more.'

Cloobeck explained that he shares an appreciation for various aesthetics. There's no single medium that he's solely committed to. However, for the medium (film) that he works with, the minimalist approach just "made sense."

The LA photographer spoke with CELEB about how he communicates a multitude of elements in a way that is soft on the eyes by emphasizing the details in a simple shot. "Something minimalist can be very complex," he stated. "There's this duality to it, where it's like, you gotta find it. And, especially in a portrait too. Their skin and their hair are so detailed. And, that's part of the film too, you know. And, even their emotion," Cloobeck went into detail, talking about stripping away everything and focusing solely on the emotion portrayed when capturing a shot.

Cloobeck has explored his craft with famous names including the Teen Wolf star Dylan Sprayberry, Colman Domingo, who you might recognize as the Emmy-nominated actor from HBO's Euphoria as well as, Natalyn Lind, Chris Meyer, and, Olivia Holt.

His attention-grabbing portrait work has also been experienced by Ms. Marvel actors, Aramis Knight & Rish Shah, and the One of Us Is Lying actress, Annalisa Cochrane.

With his minimalist approach is the opportunity and desire to be timeless- to have work that can live on in museums, define the image of a person even long after they're gone, and be admired by generations.