A lot of the poker culture we see on any given day is easy to understand, because it relates to 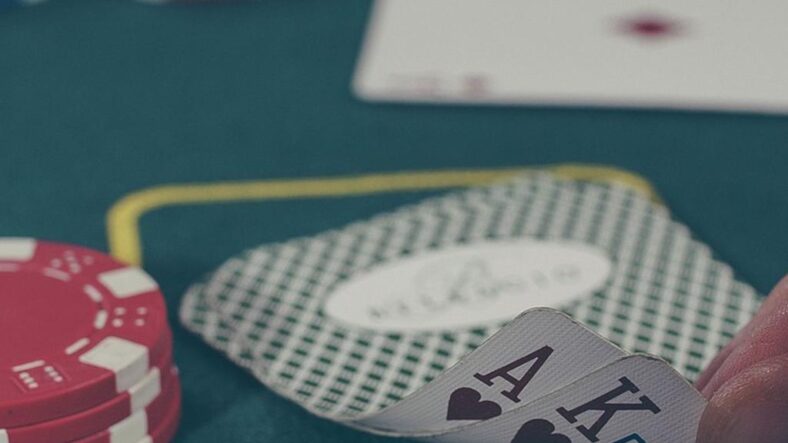 A lot of the poker culture we see on any given day is easy to understand, because it relates to the worlds of sport and celebrity. For instance, if you come across a professional tournament on television, you typically have the benefit of commentators and analysis that make it feel like a sporting event — and thus make it easy to understand. If you see that a well-known figure like Paul Pierce or Drake has appeared in a celebrity tournament, you feel like you’re engaging with poker — but really it’s just celebrity gossip.

That’s all fine for casual engagement. But when it comes time to dive into poker a little bit more — say, when watching a well-regarded poker flick — a lot of us wind up in over our heads. Good poker movies tend to have fairly in-depth scenes at the tables, and to someone who isn’t well versed in the game the same scenes can be more or less incoherent.

Now, some might shrug this off and simply choose to ignore the genre. But there’s a reason said genre has been prominent in film for close to a century. Poker movies are pretty fun! Of course they’re not all perfect, and yes some of them fall more into “niche” or “cult” status than the mainstream. But these are typically clever, rewarding watches, and it’s a shame to miss out on them just because you don’t know your poker that well.

As something of a recent convert to both the game of poker and the film genre it supports, I thought I’d try to remedy this problem by presenting a few ideas. Below are a few words on some of the best poker movies of our time, as well as a few words on how to dive into them without an in-depth understanding of the game.

The Premise: Molly’s Game is the true story of a woman who more or less out of nowhere came to be running a lucrative, underground poker ring. She profited enormously running games for celebrities and shady, wealthy figures, but ultimately came under federal investigation for her role in it all. It’s an excellent film that takes a true story and propels it through what The Guardian referred to as the “propulsive funkiness” of screenwriter Aaron Sorkin’s writing.

Watch Tip: The poker in this film is actually pretty easy, because to some extent you’re learning it alongside the titular character. You won’t necessarily grasp very flip of the cards, but you’ll get the idea. My tip for this one is to read up a bit on poker laws (or read the book by the real Molly Bloom). It’s not always entirely clear at first what’s legal and what isn’t in this film, and having that understanding going in will help you to just enjoy the ride.

The Premise: This is sort of an old-school poker film (and a beloved one) about a couple of players who keep making the wrong decisions in search of a big score. Matt Damon and Ed Norton star as Mike McDermott and “Worm” Murphy, respectively, and dive ever deeper into the poker world in an attempt to settle Worm’s debt — as well as to defeat Mike’s nemesis, Russian mobster Teddy KGB (John Malkovich).

Watch Tip: There’s a lot of poker in this movie, and it’s a bit hit or miss in terms of how easy it is to understand and how important each scene is. You’ll certainly get more out of Rounders if you know the basics. But my tip in this case is to research “tells,” which are basically signals poker players inadvertently give off betraying their intentions. Look up the concept, and any notable tells from history you might find. I won’t say exactly why this matters, but understanding the concept will make the movie more fun.

The Premise: Here again we have a bit of a classic concept: Gerry (Ben Mendelsohn) is down on his luck, and comes to believe that his new friend Curtis (Ryan Reynolds) is good luck at the tables. So, Gerry convinces Curtis to accompany on him on a sort of gambling road trip south, with a high-stakes poker game in New Orleans being the ultimate destination (and representing salvation for Gerry).

Watch Tip: Learn your poker terms. The table scenes in this movie are a little bit stripped down, and a little more realistic, placing a greater emphasis on the words and phrases the characters and dealers mutter while they play. You don’t need to mentally download a full glossary, but Poker.org has a handy list of basics (heads-up, fold, check, call, etc.) that will pretty much give you what you need to get the most out of these scenes. Even if you’ll typically get the gist of what’s happened through dramatic context (even if you’ve never played a hand of poker in you life), these scenes are rich and well done once you fully grasp them.

The Premise: Casino Royale is of course a Bond film more than anything else. It effectively rebooted the super-agent franchise, with Daniel Craig playing out a sort of origin story in his first turn as 007. It was extremely well received by fans, and GQ.com proclaimed it the best film in the franchise (as many others did also, in fact). Part of what made the film stand out though was that Bond was tased with defeating a terrorist-backing villain in an ultra-high-stakes poker game in Europe.

Watch Tip: There’s some debate over the poker scenes in this movie, in that a lot of true enthusiasts find it less than realistic. However, the main reason for this is that they don’t like the ways in which certain characters more or less narrate the game for the sake of the audience. If you’re a beginner, this actually makes the scenes easier to follow. But I’d still offer a tip, which is to watch a bit of real-world tournament play before you dive into Casino Royale. There are just certain intangible dynamics you pick up on in tournament play, and they’re captured nicely in Casino Royale.

The bottom line is that these are great, fun movies, and too many people struggle to relate to them because of the underlying subject matter. A full understanding of poker is not required to enjoy the films though. Take advantage of these tips, and you’ll probably come to love these movies as much as so many others already do.