Hunter Biden Memes Are Here to Make You Cringe or Laugh: Here are the Top 10 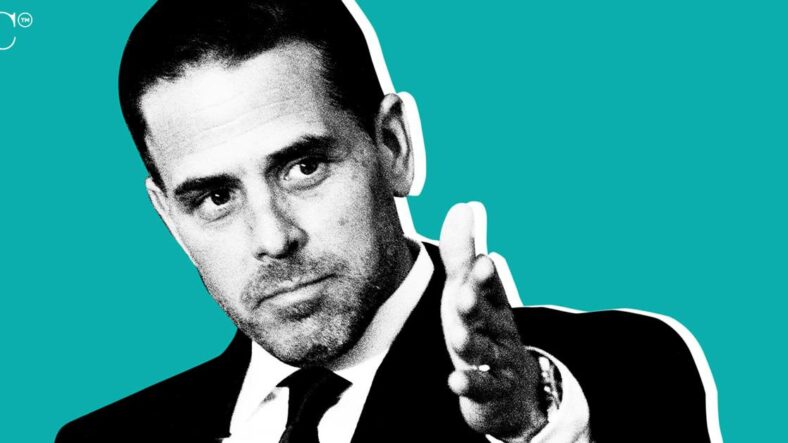 Sadly, both little Naomi and her mother (also the mother to Beau and Hunter) died in a car accident when the children were little. Biden went on to remarry and have a child with his current wife, Jill.

Perhaps it was the tragedies that plagued his young life, or perhaps his father's rise to political fame thrust him into the life of the affluent and troubled – but Hunter, now the eldest of Biden's two surviving children, has always struggled with substance abuse.

Elon Musk recently took aim at the president's son, sharing a meme poking fun at illicit behavior many suggest Hunter engages in – which would be one of the worst kept secrets in Washington, proven true. Here's a look at the meme Musk shared, along with 9 of the best memes you won't want to miss poking fun at the First Son.

Would You Like Some Crime with Your Camera, Sir?

This is the meme Musk shared, and pokes fun at the fact that there are dozens of leaked photos of Hunter supposedly engaging in drug use, encounters with sex workers and firearm usage. Ahead of the 2020 election, The New York Times broke a story about a laptop owned by Hunter that contained thousands of emails related to the Biden offspring's questionable overseas dealings, and it included photos and videos. 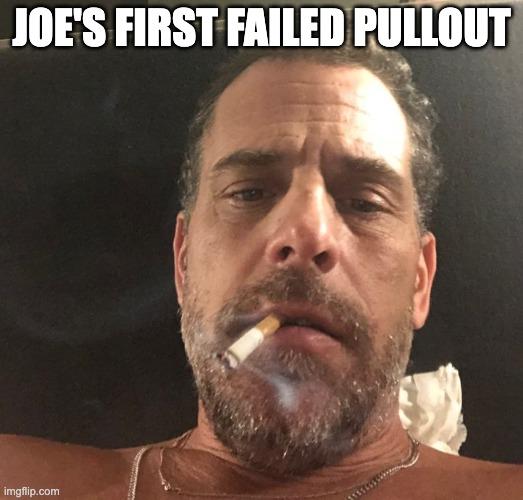 This meme is poking fun at the rough and unpolished Afghanistan troop withdrawal in 2021. The joke of course being that Hunter is only around because his father failed to pull out successfully at the point of conception – a targeted jab at what many consider a grotesque withdrawal from Afghanistan that left unnecessary suffering in its wake. The troop withdrawal was initiated under former President Donald Trump, but Biden's administration oversaw its operation.

That’s a Harsh One, Dawg 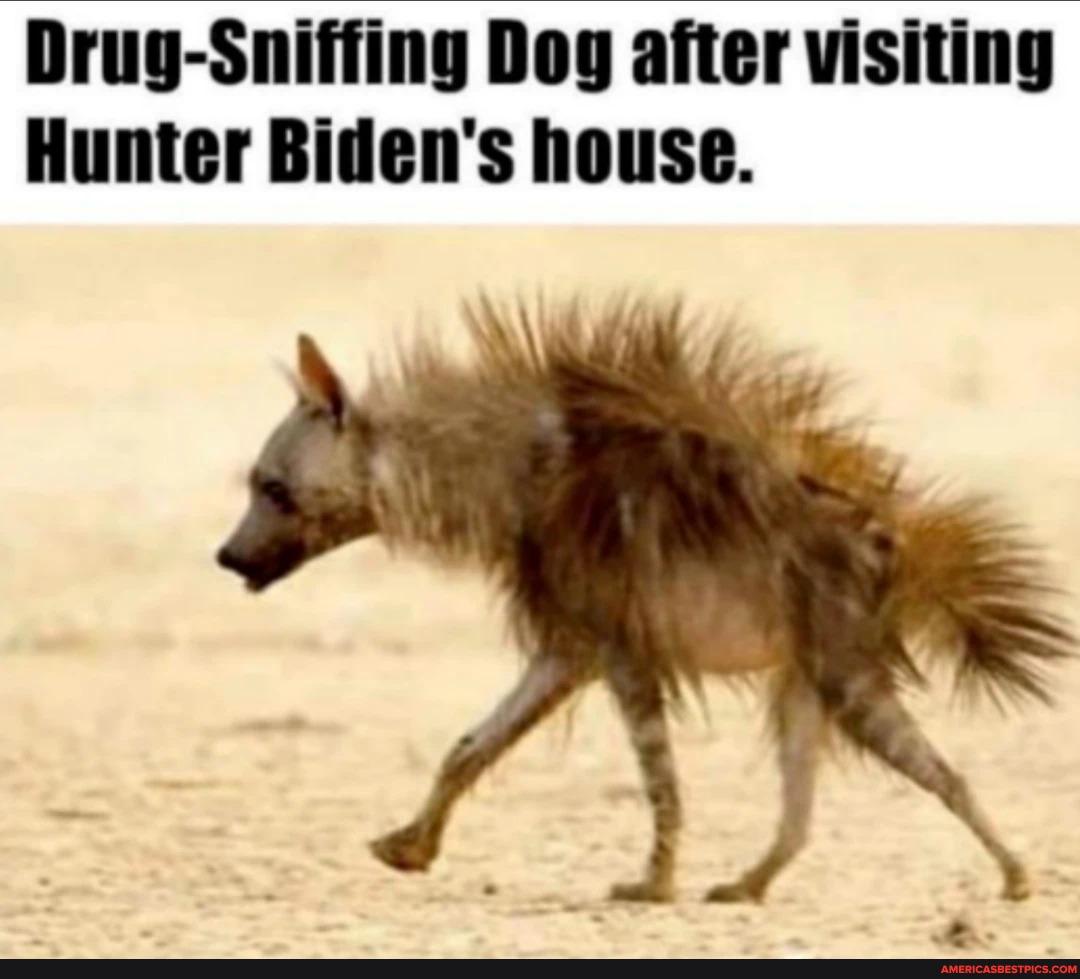 If a drug-sniffing dog was sent to check out Hunter's house, it would come back flying high and looking the worse for wear according to this stinger. 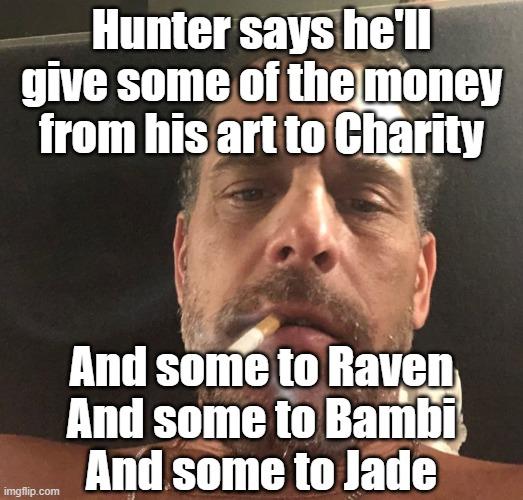 Obviously this meme encompasses Hunter's love for ladies of the night – and his newest career as a professional artist. 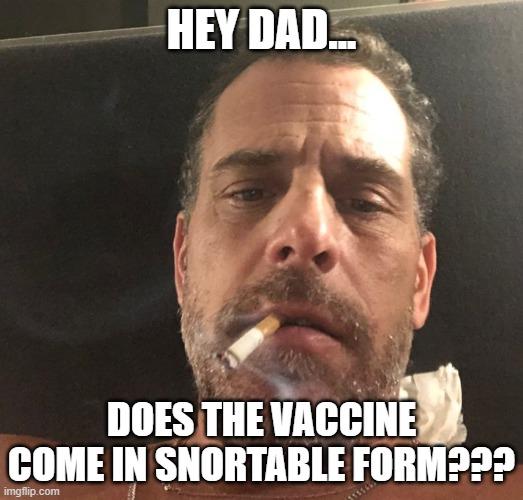 Well it would probably be an easier to sell to a lot of people if it did. 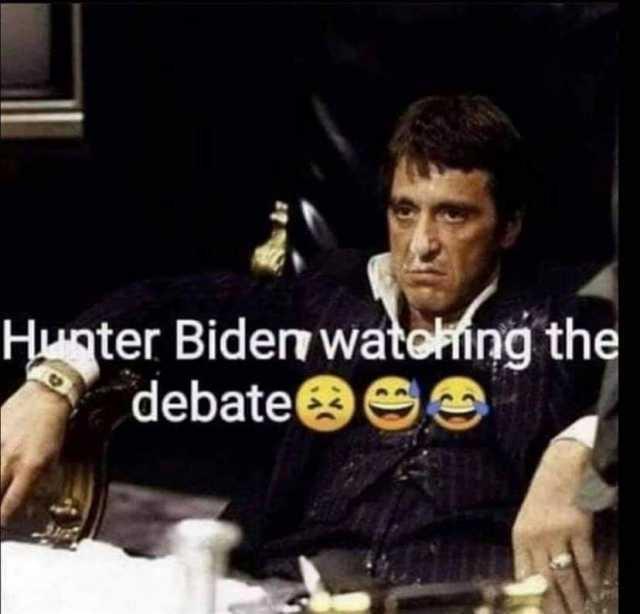 No memefest is complete without a proper nod to "Scarface."

If anyone else was hoping to jump to the front of the pardon line, they'll have to wait behind Hunter. 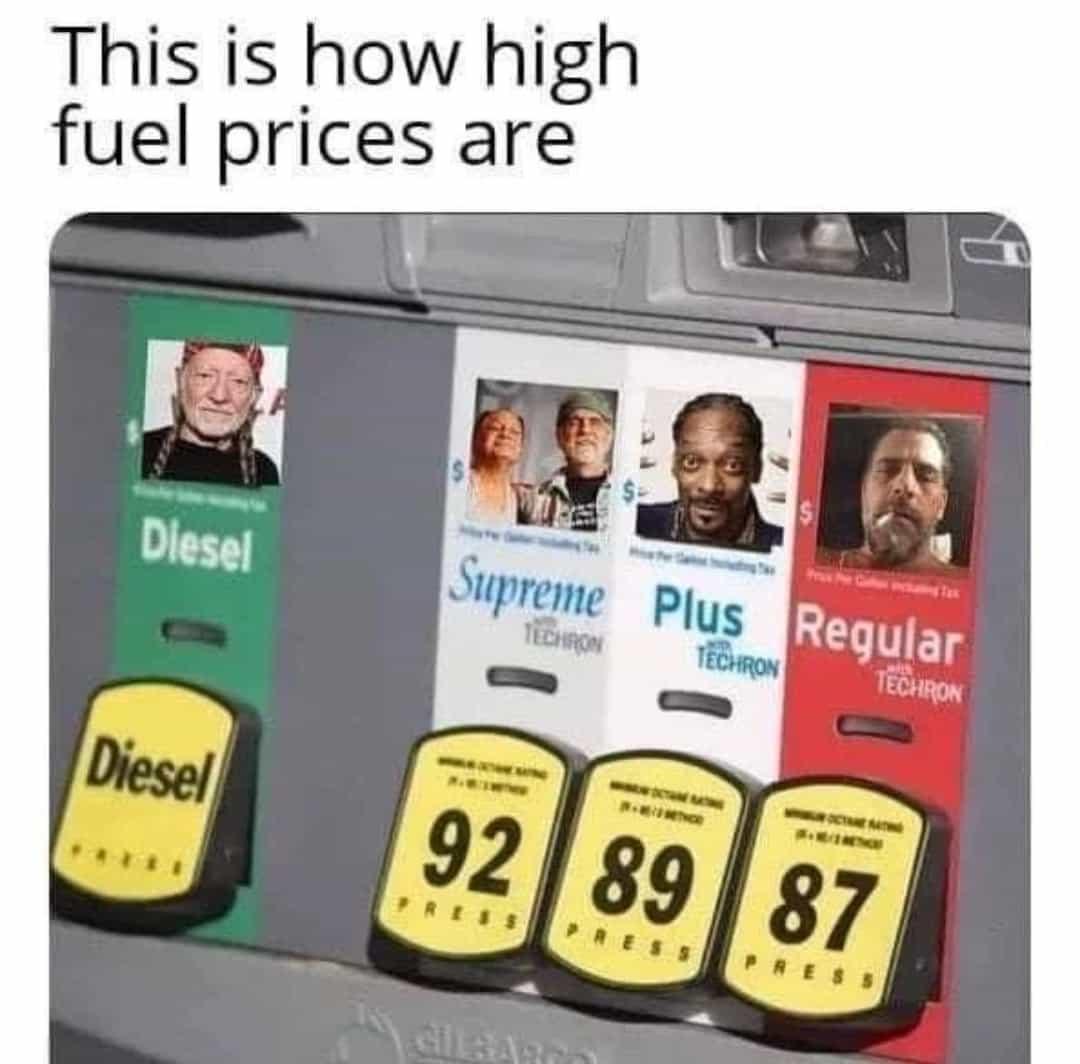 How high are gas prices? They're so high, they had to trot out Snoop Dogg and Hunter Biden.

Not Everyone Hates Hunter 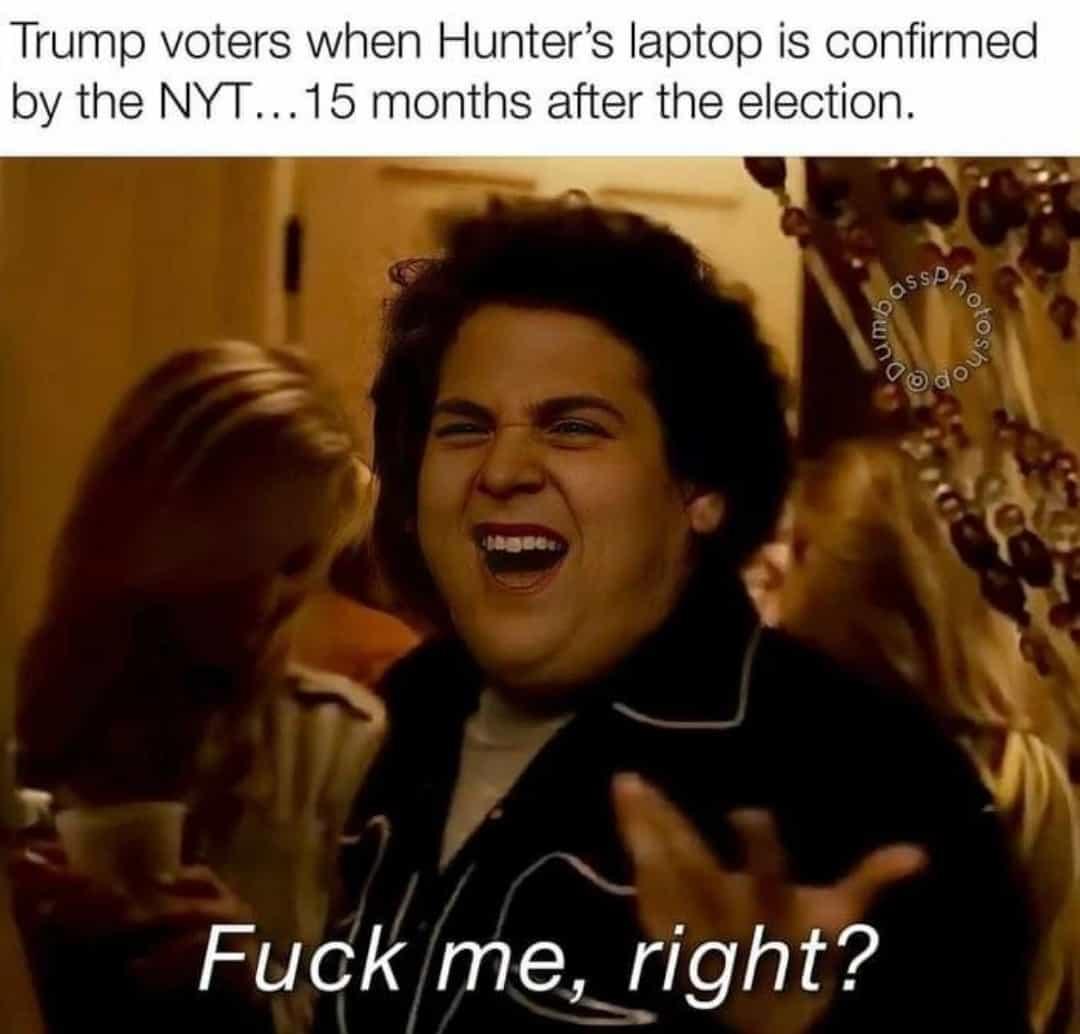 Not every meme is against Hunter. Some are happy to point out the fact that critics have been promising a dump of photos, videos and emails from Hunter's laptop for nearly two years now – and there's still very little to show for it. 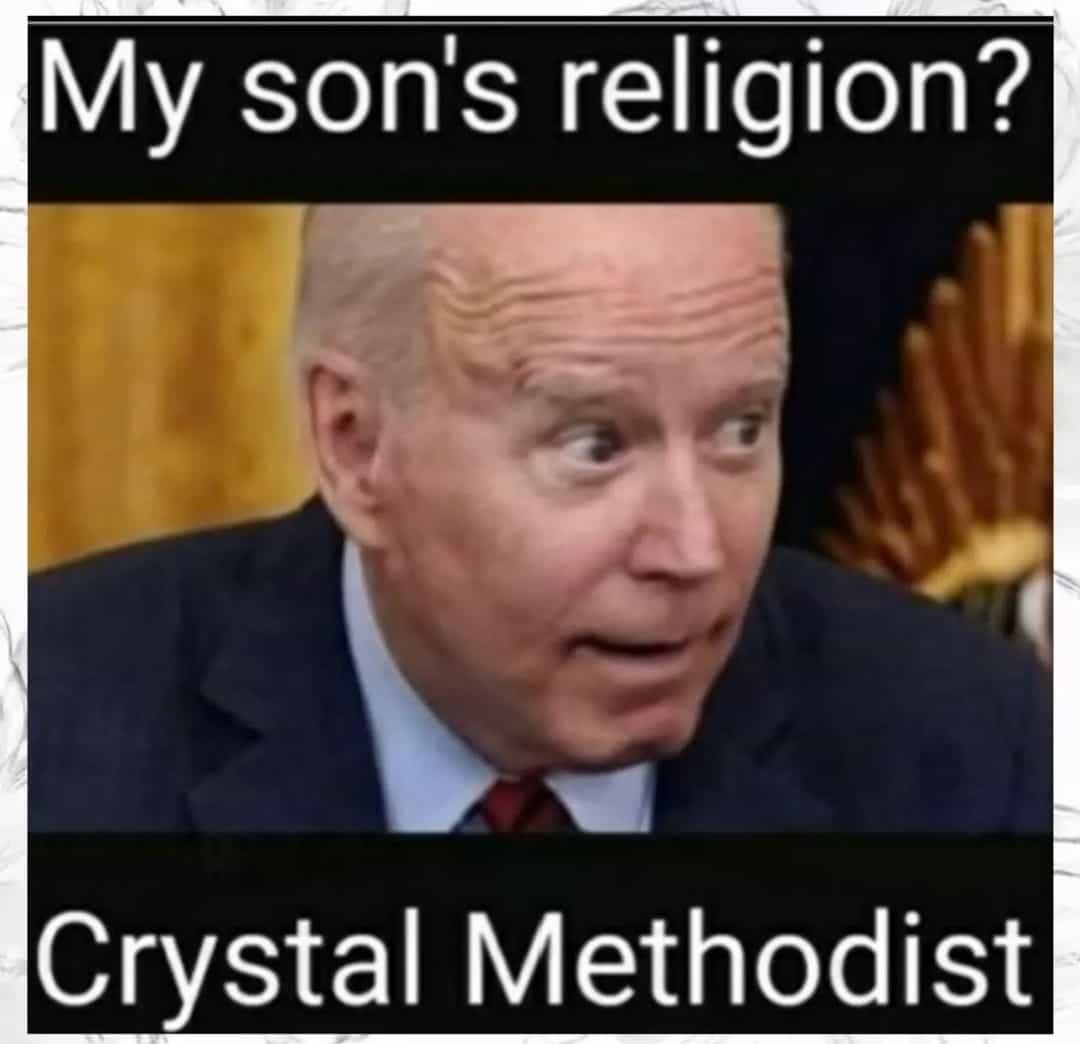 While Joe Biden himself has his own extensive library of memes (most of which are alongside former President Barack Obama), occasionally he gets pulled into his son's misdeeds.

Depending on which side of the aisle you sit on, the Hunter Biden meme phenomenon is either hilarious or harmful. Hunter clearly suffers from substance abuse disorder, and had a tragic childhood – but adults are accountable for their own behavior.

So love 'em or hate him, Hunter's reputation belongs to his actions – and these memes are holding him to it.