Hurricane Ian is brewing just south of Cuba, forming into what could be a historic storm bringing catastrophic damage to 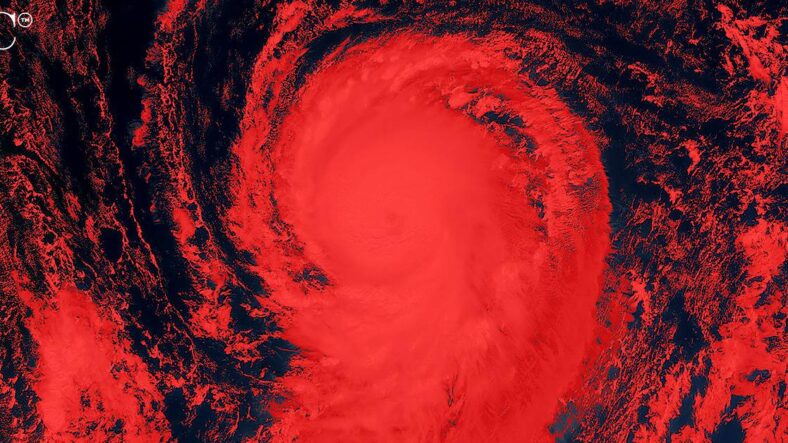 Hurricane Ian is brewing just south of Cuba, forming into what could be a historic storm bringing catastrophic damage to much of the state of Florida.

But higher than usual uncertainty is leading to panic across nearly the entirety of the Sunshine State as people attempt to prepare for an unknown strength of storm, hitting a destination no one can be certain of yet.

As the storm begins to build into a monster, people are desperate for answers – answers experts don't yet have.

Where is Hurricane Ian Going to Hit?

Here are the 11am EDT Monday 26 September Key Messages for Hurricane #Ian.

From the southernmost tip of Florida, all up along the West Coast up through the Big Bend and Panhandle, people are on alert in Florida.

Gas station lines are out onto the road, and water and bread are hard to come by.

In stores across much of the state, people are scrambling to bulk up hurricane kits they slacked off on after an unusually quiet season so far, refreshing canned good, flashlight and batteries stores run low throughout the year.

And the problem is, they don't even know where the storm is going yet. As Hurricane Ian – currently a category 1 (as of noon 9/26/22) – crosses Cuba into the Gulf of Mexico, it will find bathwater warm water temperatures and low shear, conducive to rapid development that will build it quickly into a Category 3, 4 or 5.

Over the next 3 days, the storm will continue to gather strength and is expected to take a track in parallel with the west Gulf coast of Florida, where it may do the most damage of its track. Depending on how close to the coast Ian tracks will determine just how much damage it does, and how much it intensifies over the next 48 hour will be telling as to what Florida residents should expect along and near the path.

Even if the storm doesn't make landfall in west central Florida, the massive storm will push vast amounts of water onto shore in what's known as a storm surge. Surge will inundate low-lying areas and places considered 100-year coastal flood plains in what could set all the wrong records for the usually quiet west central coast. The mayor of west coast city St Petersburg said in a briefing early Monday, "This could be the storm that we’ve hoped would never come to our shores."

In addition to passing just close enough to push devastating storm surge up into Tampa Bay and along the west coast, Ian will send squall lines over the Peninsula, spawning tornados and knocking down trees with what could be 100+mph winds even before landfall.

Complicating the situation is the fact that a low-pressure cold front is sagging through the Southeast early this week. If the low was strong enough, it would push Ian along a sharper Northeast turn and accelerate it out of the area. Unfortunately, it's expected to be a weak system. So instead of pushing it rapidly out of the region, it will slow it to a near-crawl, forcing the massive storm to sit just off the west coast and churn for nearly 24 hours at major category 3 or 4 strength before continuing its trek north and eventually east.

The low is expected to eventually inject enough dry air and shear into the system so that when it does make landfall, it should be weakened from its peak of 3 or 4 – but just how much it will weaken remains the million-dollar question.

As of now, everyone from just south of Tampa Bay to the Apalachicola Forest just south of capital city Tallahassee is on alert. The track forecast should narrow down over the next 24 hours, giving experts a clearer picture to pass on to residents so they can finalize plans ahead of the storm.

Because of Ian's track, intensity, and slow forward motion, it could bring extended wind and water threats to Tampa Bay and northward along the coast, so the entire state is under an official State of Emergency.

What Should Floridians Do to Prepare for Hurricane Ian?

Life-threatening storm surge associated with Hurricane Ian is possible along the Florida west coast beginning late Tuesday. Residents in these areas should listen to advice from local officials. As forecasts may evolve, visit https://t.co/0BMJEA5Wz0 for the latest on #Ian. pic.twitter.com/idIpTbKTYN

If you're in Florida or have family members there, you may be wondering how one could possibly prepare for the level of uncertainty Ian is bringing.

First and foremost, always listen to local weather experts who will provide the National Hurricane Center's most recent recommendations. Pay attention to the NHC, and evacuate if asked to.

Next, make sure you have a plan in place to either evacuate or stay put.

If you're a homeowner, prepare your yard for a wind and/or water event. Pick up loose branches, lawn equipment and toys. Lean them up against the side of the house or (even better) put them on porches or in a garage. Make sure you sandbag low lying entrances to your home, and look to local authorities for sandbag locations which will be opening across the state this week.

Have enough food, water, medication and pet supplies for 3 to 5 days at minimum. Gather important home and personal documents and put them in water-proof storage (such as a gallon-sized Ziploc bag) and put them in an easy-to-grab "go bag" that you can take if you have to leave home quickly. Make plans for pets if evacuating, and do not leave them behind to fend for themselves – these pets become easily disoriented and, in many cases, flooded areas will be unsafe to return to for days to weeks. So even if a pet left behind survives the initial flood, they will be endangered by the prolonged time before you can return. Expect power outages in areas where the wind events will be sustained (Tampa Bay area primarily, as of now) and have battery-operated flashlights and a weather radio. Check in with elderly or vulnerable family members or neighbors, make sure they have the resources and help they need.

If you are in the path of Hurricane Ian, please write your pet’s name and your phone number with a permanent marker on their belly. In the event you get separated or get lost during the storm this could be the only thing that reunites you. pic.twitter.com/tTt0YtOPct

If the storm's wind effects are strong enough to knock out power for an extended period of time, cell tower battery reserves may drain and knock out service (it happened in Tallahassee during category 1 Hermine) until power can be restored, so make plans with friends and family how you will keep in touch if cell service is down.

And while it's not an official recommendation, the conventional wisdom of a hurricane is: hide from the wind, run from the water. So shelter in a solid residence if you're primarily expecting a wind event (this would be people inland and away from surge and flooding-prone areas), but plan to leave flood-prone regions. If you're in an area that floods easily, consider that it will flood if Ian passes your area – and plan accordingly. Emergency services will not be active during the highest points of activity as the storm passes, so make sure you are self-sustaining in case of an emergency. A first aid kit is vital to have on hand, and insure you have all you need to care for pets.

But mostly – keep a weather eye on the experts and be ready to change your plans if it becomes necessary.

For up to date information, visit the National Hurricane Center and turn to local authorities.