A Recap Of All Of James Charles’ Celebrity Feuds: Harry Styles, Ariana Grande And More

It’s safe to say that James Charles is no stranger to drama. The YouTuber is definitely not afraid to say 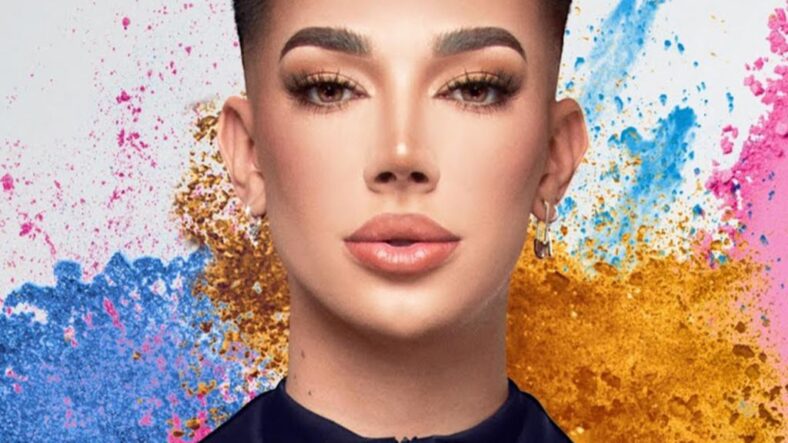 It’s safe to say that James Charles is no stranger to drama. The YouTuber is definitely not afraid to say what’s on his mind, which has led to quite a few fights between him and other celebrities over the years. Yep, he’s actually been embroiled in intense feuds with some of Hollywood’s biggest stars in the past, including Harry Styles, Ariana Grande, Shawn Mendes and more!

Most recently, the beauty guru clapped back at Trisha Paytas after she called him “narcissistic” and “sociopathic” in a TikTok video.

“Keep my name out of your mouth,” he wrote in a comment underneath her video. “You do not know me.”

After that, the vlogger responded to his message in another video. “You’re right, I don’t know you. But this is a big, big, big, big guess of why I think people really dislike you,” she said. “Because you’re arrogant as f**k to think you can tell people to keep your name out of their mouths when you’re a public figure.”

Yikes, she definitely did not hold back! Charles has yet to respond any further, but this is definitely not the first time he fought with another star. We rounded up his biggest celebrity feuds for you, here’s what went down during them all…

In March 2020, when Charles tweeted that he “tested positive for having a fat a**” amid the coronavirus pandemic, RuPaul’sDrag Race winner Trinity “The Tuck” Taylor was unamused.

“Fat a**? Girl who diagnosed you? Helen Keller?” she fired back.

Then, the makeup mogul responded, and he seemingly claimed that Taylor didn’t deserve to win the competition show.

“D**n, she must’ve mistook the lumpy silicone in your face as Braille instead of reading my actual test results,” he wrote. “My mistake… Speaking of mistakes, how’s your crown?”

Talk about no chill! After that, Taylor accused Charles of cutting the line at Drag Con to meet her, and she also claimed that he asked her for some free products. But he shut these accusations down by sharing screenshots of his old DMS with Taylor, which showed him offering to pay for the products.

Free? Where?? You were one of my favorite queens & I was ready for a fun read back but this was weak pic.twitter.com/neUs1VONgB

“If you’re gonna read me, at least come correct. Not sure why you’re taking this so seriously, I actually really enjoy your work and thought the initial tweet was playful! Wishing you the best,” he wrote in one final tweet.

Nah, I needed it for Coachella & haven’t been to dragcon in over a year. If you’re gonna read me, at least come correct. Not sure why you’re taking this so seriously, I actually really enjoy your work and thought the initial tweet was playful! Wishing you the best ❤️

Many people were left shook in May 2019, when Tati Westbrook posted a tell-all video, where she claimed Charles was a bad friend and accused him of lying and manipulating people, after he supported one of her rival vitamin companies. A few weeks later, however, the Sisters Apparel founder uploaded a video of his own, which included screenshots alleged of text messages and DMs that seemingly proved her allegations to be false.

Things seem to be all good between them now, however, and in June 2020, Westbrook shared a new video about the situation. This time, she claimed that Jeffree Star and Shane Dawson were the ones who convinced her to turn on Charles, and that she was sorry for what she said about him.

“I made [the video] because of all the poisonous lies that were fed to me by Shane Dawson and Jeffree Star,” she explained. “I should have known better than to fall for their lies and manipulation but in the end I failed and, instead, I allowed Shane and Jeffree to put a wedge between our friendship.”

In a 2018 video, Charles claimed that Grande was the “rudest celebrity” he had ever met, and it quickly caused a stir online. According to the star, he was so happy when the “Thank U, Next” songstress followed him on Twitter and DM’ed him to thank him for attending her show. But he was left disappointed when he noticed that she quickly unfollowed him right after. He asked her what the deal was, and Grande seemingly replied, “Hey babe, I saw a lot of angry tweets from my fans and I would never want to disappoint them, so I unfollowed.”

“You have a hundred million fans, it’s really disappointing that you would, like, stoop to the level of listening to people bullying me, just to, like, appease them, but OK,” Charles responded to her, but the singer never answered him back.

Although Charles did not fight with Styles directly, many fans of the One Direction singer were not happy with the social media star after he spoke out about Styles’ sexuality.

“I would love to do a video with Harry Styles, and sit with him and talk about like, his music and like, One Direction and like, everything he has going on, and like, um, all his amazing songs that have been coming out, and like, the sexuality situation… that he’s been talking… and like, hinting at. Kinda fun,” he said during an Instagram Live.

This did not sit well with fans, with one writing on Twitter, “There is no ‘sexuality situation.’ Let Harry be, he is his own person who is in control of what he shares with the media. don’t make a ‘situation’ out of nothing. It’s all speculation.”

Charles later apologized for what. he said. “When I mentioned Harry on Live, I meant no harm when I said I’d love to do a video with him about his music, career and life,” he explained on Twitter in a now-deleted post. “I’ve seen amazing videos with LGBTQ flags and lyrics and admire how talented and open he is, but didn’t realize he wasn’t addressing his sexuality. I’m sorry.”

When Charles posted some thirsty comments on Mendes’ Instagram Live and the singer ended it out of nowhere, many people thought that the influencer’s messages were to blame.

Charles explained via Twitter that he meant no harm by his comments, writing, “My comments on [Mendes’] content have always been light hearted and in a joking manner. I’ve been supporting @shawnmendes since Vine and am a fan like anyone else, and would never want to make anyone uncomfortable. I’m upset, embarrassed, and sorry if he felt sexually harassed.”

my comments on friend’s & boy’s content have always been light hearted & in a joking manner. I’ve been supporting @shawnmendes since vine & am a fan like anyone else, & would never want to make anyone uncomfortable. Im upset, embarrassed, and sorry if he felt sexually harassed.

The situation must have caught the “In My Blood” crooner’s attention because he actually DM’d Charles afterwards to clear the air! And it turns out, he wasn’t offended at all by Charles’ actions after all.

thank u so much @shawnmendes for clearing everything up. love u the most pic.twitter.com/55ANESdP5F

As fans know, Tana Mongeau made headlines back in July 2018 when she attempted to host an event called TanaCon, but it all went wrong. It got shut down after being deemed unsafe, and many fans were left stranded outside in the heat for hours. And at the time, Charles had a lot to say about the situation.

“I told her NOT to do half of the exact things she did yesterday and she didn’t listen, as usual,” he wrote on Twitter. “And things went to s**t. I’ve tried to make our friendship work for months but she has no respect for other people’s time and I can’t believe you guys CAN’T F**KING RECOGNIZE THAT. I do believe Tana had good intentions for this convention but her ego got in the way of kid’s safety.”

They seemed to have made up since then, however, because they were spotted hanging out on multiple occasions!

After watching the horror flick It in 2017, Charles took to Twitter to admit he wasn’t a fan, and the stars of the movie — Finn Wolfhard and Wyatt Oleff — weren’t happy.

“OK, five minutes in and It is already awful stay tuned for updates,” Charles wrote in a now-deleted tweet.

“Why are you on your phone in the movie theater? Rule one,” Wolfhard responded.

to address all drama regarding my comments on the “IT” movie pic.twitter.com/EtkNG474U3

Charles later apologized and get this — he even dressed up as Pennywise from the movie for Halloween months later. But Oleff wasn’t ready to let it go.

“When you decide to exploit a movie that you hate for money and attention cause why not,” he tweeted to Charles after seeing his costume.

“It’s not funny though? I’ve already said a million times you guys killed it in the movie and have apologized, you knew this ‘joke’ was going to result in me getting dragged left and right once again. I have a ton of respect for all of you guys but this is uncalled for,” the star responded.

It’s not funny though? I’ve already said a million times you guys killed it in the movie & have apologized, you knew this “joke” was going

In one final message, Oleff apologized and ended the feud once and for all.

oop sorry bout that lol. I can’t control people, but I’ll try to make sure that they aren’t jerks to you again. Very sorry.

Are Noah Cyrus And Tana Mongeau Dating? Here’s What We Know About Their Relationship

Jeffree Star Has ‘A History of Sexual and Physical Assault’