Jason Momoa’s Butt is Everywhere These Days, and There’s a Good Reason for It

Jason Momoa’s Butt is probably not the star you expected to emerge in November 2022, yet here we are. The 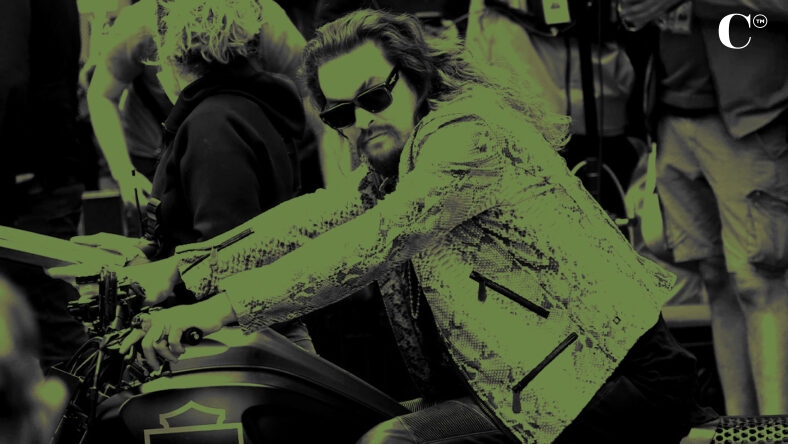 Jason Momoa’s Butt is probably not the star you expected to emerge in November 2022, yet here we are.

The “Game of Thrones” star (Momoa, not his butt) has been baring his backside recently all over the place.

And there’s a very good reason for it.

Momoa, who starred as the beefy and spare-on-words Khal Drogo in “Games of Thrones,” first gave fans an updated look at his hiney on Jimmy Kimmel this week.

The outfit is Momoa’s costume from his most recent movie, Netflix’s Slumberland.

Kimmel jokes that Momoa could be a real-life superhero, then asks about his new tattoo – one that runs up his neck and along the side of his head.

Momoa explains that it represents protection, and it was done the traditional way with ink and tapping.

Momoa then says that he didn’t ask DC Comics for permission – Momoa plays titular character Aquaman, who is also a member of the Justice League. He says he hasn’t heard from then, but laughs, “I think it’s gonna go well.”

But it was later in the interview when Momoa dropped a bombshell that had fans paying attention.

Kimmel asked about Momoa in a newly circulated image where he’s deep-sea fishing in a loin-cloth-looking outfit with his buttcheeks hanging out.

Momoa explains that it’s a malo, a traditional Hawaiin piece, and that he was wearing it to get ready for an upcoming role.

Momoa then joked about how he doesn’t even like wearing clothes anymore after getting used to the malo, and tears off his satin pants to reveal a malo underneath.

And yes, the buttcheeks.

Momoa turns to give the audience a good look, gives a little twerk, then bends over in front of Kimmel to pull his pants back up.

Momoa is Still Wearing the Malo Out and About in Hawaii

And Kimmel isn’t the only place where his viral buttocks made an appearance recently (viral as in popular, not diseased).

Momoa has been wearing the malo around to get used to it and to immerse himself in the role, and fans get to reap the benefits of the actor’s dedication to his craft.

People reports, “Jason Momoa is sticking with the Hawaiian malo as his new favorite piece of clothing.

On Wednesday, the Aquaman star — who told Jimmy Kimmel last Wednesday that he has taken to wearing the clothing every day while preparing to film his upcoming Apple TV+ series Chief of War — shared more photos and videos of him on Instagram wearing the malo during an outing in Hawaii.

Momoa, 43, posted several photos and videos of him wearing the clothing as he showed martial artist Gordon King Ryan around the island and even convinced him to don the traditional cloth and get a matching thigh tattoo as well.”

On the Instagram post, Momoa wrote, “had the pleasure of meeting these two bad—es gordon and sonny. @gordonlovesjiujitsu we laughed and drank and they choked us all out.😜😜🤘🏾🤘🏾🤘🏾😂😂😂it was amazing. welcome to my ohana. can’t wait to see u again my friends safe travels. and goodluck world he’s gonna stay KING aloha j.”

In a video included in the post, Momoa says of Ryan, “So my new bro, he’s fully Hawaiian now. He got tatted, he’s got his malo on, we got him drinking mananalu.”

“He’s full local now, look at that,” Momoa says in the video, laughing with Ryan as the pair turns to apparently take in the scenery – while showing their rear ends to the camera; “Appreciate that view, bro – see how good that view is?”

The only question left is: will Momoa’s butt get its own agent?

At this point, it probably should. Every star deserves representation.