Blending Families, Jennifer Lopez And Ben Affleck Bond With Their Kids And Search For a Home

Divorce is hard, period. And, divorce with kids in the mix requires more patience, empathy, and self-exploration in order to 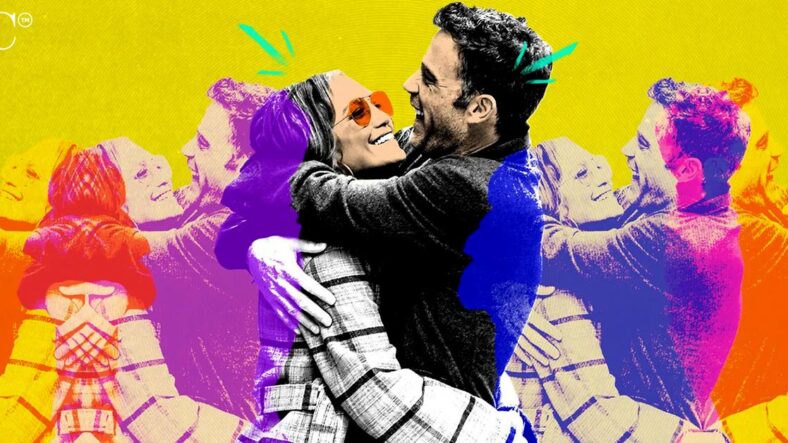 Divorce is hard, period. And, divorce with kids in the mix requires more patience, empathy, and self-exploration in order to communicate properly and rebuild from the ground up. Jennifer Lopez and Ben Affleck have been open about their love and the work they've been putting in to blend their families.

J.Lo has two children (twins to be exact), Emme Maribel Muiz and Maximilian David Muniz, whom she shares with her ex-husband, Marc Anthony. Emme and Max were born on February 22, 2008, on Long Island.

Ben Affleck has three kids of his own who he shares with his ex-wife, Jennifer Garner. Affleck and the 13 Going on 30 star co-parent Samuel Garner Affleck,10, Seraphina Rose Elizabeth Affleck,13, and Violet Affleck, 16.

Bennifer was recently in the news when Samuel backed a Lamborghini into a BMW. They've also been seen out and about at the mall amid shopping for a new home, to bring everyone together under one roof.

Coming Together Under One Roof

In early May, Affleck and Lopez were seen house hunting for a mansion in Los Angeles that was reportedly $68 million. This came only weeks after their engagement, assuring fans that the couple is serious about bringing their families together.

A source close to the couple told HollywoodLife, in April, that Bennifer wants their new residence "to be their forever home where they can raise their kids together."

"Jen has a big family so she's definitely looking for something that has enough room to entertain and host company. Jen has a lot on her wish list, but she's confident they can find the perfect place," the insider added.

HollywoodLife also reported news from an insider who shared, "They are really trying to make this a blended family and Jennifer Garner finds this to be amazing. She doesn't mind at all when the kids go over to spend time with their father and JLo because it gives her some alone time too, which is so rare for her."

Everyone Shares An Undeniable Connection 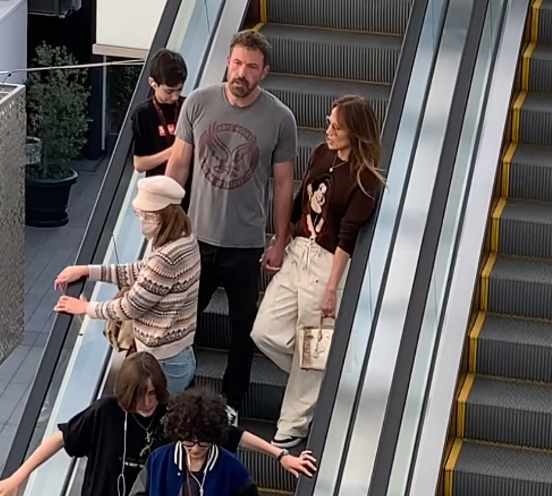 Affleck and Lopez are often seen with all five children or at least a couple. Everyone appears to get along well and connect in their own way, one insider sharing, "J.Lo's connection with his kids makes Ben even more certain that this is fate."

Just the other day, June 27, Jennifer and her child Emme visited Ben while on set. While spending time together, the father of three was seen wrapping his arm around Emme as the three took a walk together. 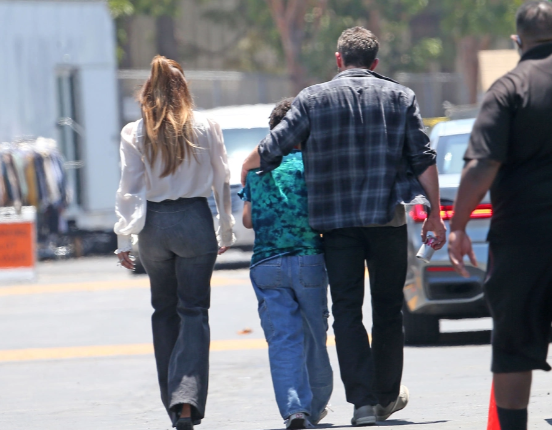 Emme has also been seen getting close to Ben's child, Seraphina. The two, only about a year apart, identify as non-binary. Given their similar age and experiences growing up, being kids of celebrity parents, the two are able to lean on each other for support.

The two were recently spotted engaging in conversation and having a good time together while casually walking the streets of LA.

J.Lo has shown her support for her child in many ways, starting off with using the proper pronouns, they/them. At the Los Angeles Dance Foundation's Blue Diamond Gala, Lopez introduced Emme to the audience with non-binary pronouns, “The last time we performed together was in a big stadium like this and I ask them to sing with me all the time, and they won’t. So this is a very special occasion. They are very, very busy. Booked. And pricey. They cost me when they come out. But they’re worth every single penny because they’re my favorite duet partner of all time. So if you will indulge me.”

Samel Get’s Behind The Wheel Of A Lambo 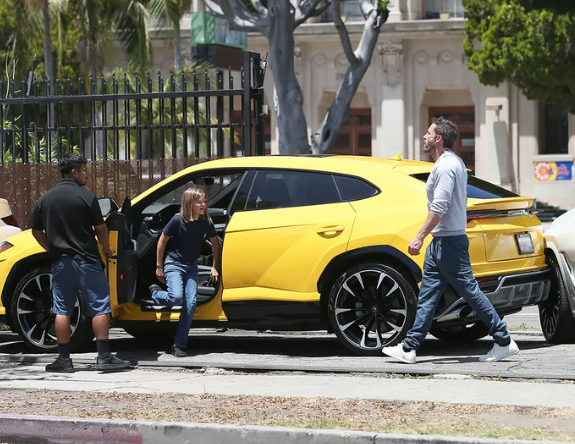 No, the driving age has not been lowered to 10 years old. However, that didn't stop Samuel for fulfilling his curiosity of what it's like to be behind the wheel of a Lamborghini. Unfortunately, a fender bender happened in the process.

When Affleck's youngest child got into the driver's seat of the very expensive SUV, the engine was running. In that same moment, Samuel put the car in reverse which backed the car up into the white BMW sitting very close behind it.

Luckily, no one was hurt, but, everyone is aware that the situation could have ended much worse, Jennifer Garner included. 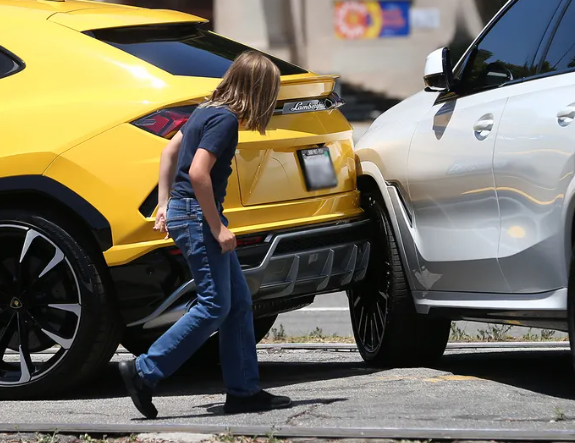 A source exclusively told HollywoodLife, “Jen was not happy when she found out Ben let their son drive, particularly given he was driving a sports car in an enclosed space of all things. She knows how dangerous that was and she knows things could have gone very badly so she’s beyond thankful nobody got hurt.”

The insider continued to share, “Even though J. Lo is a mom and likely knows how risky that was, Jen doesn’t blame her at all because Ben should’ve known better. Jen knows Ben was also very upset over the whole thing. He apologized profusely and told her how sorry he was. She’s moved on but hopes Ben and Samuel learned a lesson from this whole thing."

All in all, it seems as though the new couple has been doing a good job at bringing their families together while also respecting Garner's role in her kids' lives. An insider explained, "[Jennifer] and [J. Lo] have gotten to know each other better and they actually have become close. They’ve come to an understanding that all that matters at this point is what’s best for the kids. As mothers, this is important to J.Lo that Jen is on board. Jen’s kids really have taken to Ben and his children which is super important to Jen, too.”