When he first took office, President Joe Biden's approval ratings were higher than those of his predecessor's at the same 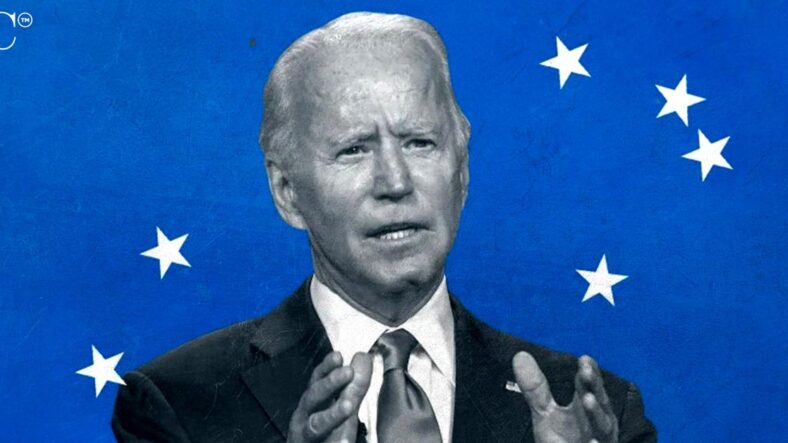 When he first took office, President Joe Biden's approval ratings were higher than those of his predecessor's at the same point. Fresh off the debacle of the pandemic, January 6, and a summer of social justice protests that rocked the nation, Biden's administration was welcomed with open arms – a balm, many hoped.

But a year and a half into Biden's presidency and it appears the Democrat has overstayed his welcome, approval ratings plummeting. As Biden grapples with an enormous number of trials, both foreign and domestic, the country wonders – do they want another four years of this? Behind the scenes, Democrats are wrestling with the idea that they – not the voters – might decide not to give Biden a chance at another nomination.

Biden's approval rating upon taking office was a solid 59%. Disapproval hovered around 32%. It was a rip-roaring start for the President about to launch into a hornet's nest of domestic and foreign challenges, but the new administration felt confident that they could ride the wave of relief people felt after the chaos of the waning days of the Trump administration.

However, that wave of emotion only carried them so far and now the administration is having to pay the piper for the promises they haven't kept and the lack of improvement in the average American's life.

It's been a year and a half since Biden took office, and the President's approval rating has been trending pretty steadily downward, recently reaching a new low, 39%. Disapproval is around 58%.

By comparison, at the same time in his Presidency (1.5 years in), Trump's approval rating was 45% and disapproval at 52%.

As expected, Republican voters are enthusiastically aligned against Biden – with 80% who "strongly disapprove."

But even the President's own party isn't that enthusiastic about the job he's doing, with only 37% of Democrats "strongly" approving.

Why are Democrats so unenthusiastic? Simply put, because it doesn't feel like a Democrat presidency.

Some of that is out of Biden's hand – after all, the SCOTUS leans heavily conservative, and the House and Senate are so closely divided that it's nearly impossible for Democrats to push their agenda in any significant way.

But more than that, the Biden administration is seen by younger voters as not keeping many campaign promises, such as eliminating student debt or helping to rebuild the middle class.

Rising inflation and exorbitant cost of gas, food and other necessary items, coupled with shortages in baby formula, luxury items – and now tampons; it's all adding up to a worse living condition for many than they experienced when Biden first took office.

A lot of what's happening now is a ripple effect of the pandemic, but many feel as though Biden should be addressing it more aggressively – and he seems to be MIA in doing exactly that.

Privately, it seems as though many high-ranking Democrats are beginning to chatter about not letting Biden run in 2024.

Facing off against cult of personality leaders like Trump and Florida Governor Ron DeSantis, any Democrat would need to garner enthusiasm not just from Democrats but from Independents as well – Independents whose social justice awareness has become more keen in recent years.

Neglecting to cancel student debt and wrestle inflation under control will poll poorly among Independents, and will require a serious uphill battle for another Biden run.

While enough Americans fear another Trump presidency and it may keep them from flipping sides, will that same fear – 4 years cooled – drive them to the polls in the same numbers seen in 2020? That's the million dollar question.

Democrats have a number of younger and more enthusiasm-drumming candidates they can consider, but it would mean consigning Biden to the legacy of a single term – and very little accomplished, if things continue as they are.

On the other hand, the Republican party is wrestling with their own clash between the past (Trump) and the party's future (DeSantis, Texas Governor Greg Abbott, and their like). So it's anyone's election in 2024 right now; but it may not be Biden's.

The midterm elections may or may not be telling. Historically, young voters don't show up for the midterms, and they'll be the deciding voters in 2024 most likely. But a lack of enthusiasm among Democrats may not translate to a poor showing for Biden in 2024; while the Trump presidency's woes are fading in the minds of some, not everyone is so ready to try that particular brand of politics again.