Real Housewives of New Jersey star Teresa Giudice and Joe Giudice have had quite a hard few past years. While 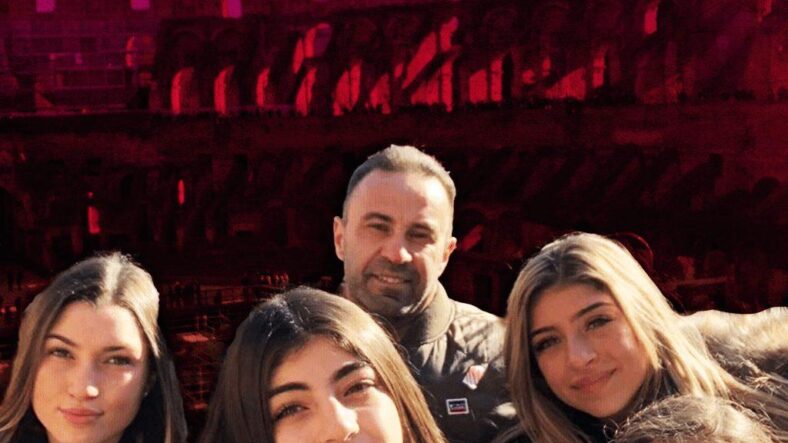 Real Housewives of New Jersey star Teresa Giudice and Joe Giudice have had quite a hard few past years.

While the couple had some issues that played out on TV over their first few years on the show, they seemed to be happily married for the most part, and Teresa always shot down any rumors to the contrary. Then, things took a dark turn when Teresa and Joe were charged with a 39-count indictment that included bankruptcy fraud, mail fraud, wire fraud, and more. In October of 2014, both of them ended up getting sentenced to time in jail.

While Teresa returned home after serving her time in prison, Joe, unfortunately, was not a United States citizen and ended up going into ICE (U.S. Immigration and Customs Enforcement) custody. Joe was ruled to be deported and, while he tried numerous times to challenge the deportation so that he could stay with his family here, he ended up not being successful in the appeals.

Eventually, Joe returned to Italy, which is his native country. While fans were unsure of what would happen in terms of their marriage- as they now lived in two separate countries- they remained hopeful when Teresa went to visit Joe last season on the show. However, you could tell from their visit that she was more or less over their marriage.

Late last year, it ended up being confirmed that the pair had decided to separate. According to a People story at the time, a source confirmed that Teresa and Joe were separated. 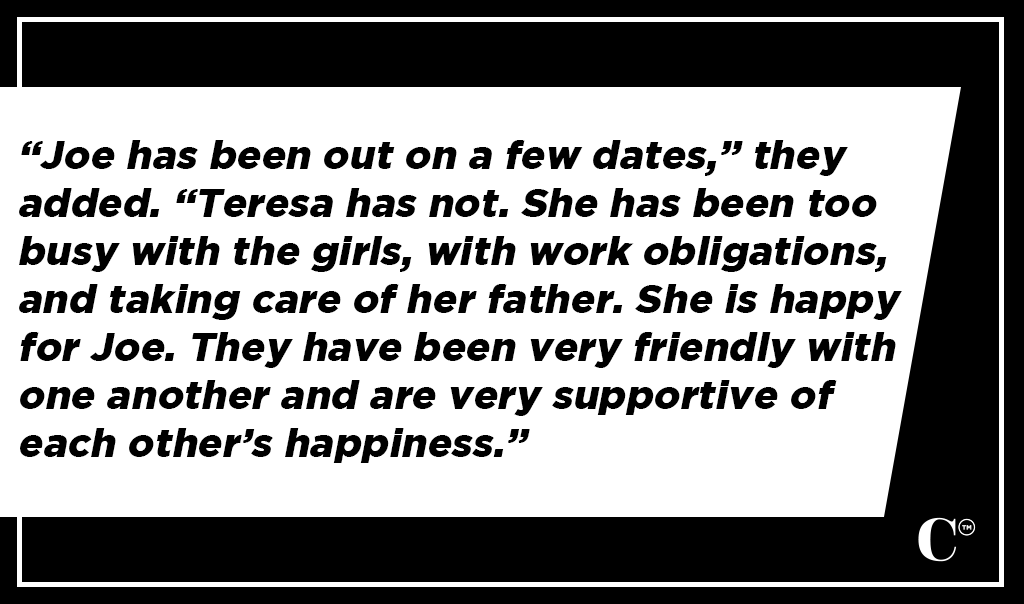 “They discussed their future when Teresa and the girls went to Italy in early November and they agreed that each had to move on,” People’s insider continued sharing at the time. “They are doing so amicably and very slowly.”

“Joe has been out on a few dates,” they added. “Teresa has not. She has been too busy with the girls, with work obligations, and taking care of her father. She is happy for Joe. They have been very friendly with one another and are very supportive of each other’s happiness. They still love one another, but as Teresa told Andy Cohen on the WWHL special, they are separated by the Atlantic Ocean. Neither is interested in a long-distance relationship.”

At the time, People’s insider noted that “there are no plans for divorce at this time.”

In April of this year, Teresa’s brother Joe Gorga ended up appearing on Watch What Happens Live and confirmed that Teresa was moving ahead with divorce papers.

We spoke exclusively with Joe last month after reports began circulating that Teresa was going to start dating and make that part of her storyline on the upcoming season of The Real Housewives of New Jersey.

In response to that, Joe told us at the time that “I am not dating anyone. We’ve been separated, but all I want is my kids safe and for (good) co-parenting.”

“I wanted to try,” Joe also told us at the time of his relationship with Teresa, “but she felt that this was best.”

Then, this summer, Joe’s kids were supposed to return to Italy to visit him; however, in a new report this past weekend from Hollywood Life, their trip has been canceled.

An insider told Hollywood Life that “Teresa’s daughters are really disappointed they can’t go to Italy to see Joe in August. They were supposed to leave next week before school started. Teresa’s biggest concern is obviously COVID and the kids.”

Their source also added that “The family is still hoping to be able to see Joe in the Bahamas for his big fight [celebrity boxing match] in October, but nobody can plan that far yet. It’s all still up in the air and that’s really upsetting for the girls. They haven’t seen their dad in months and this is really, really hard for them.”

Missing Out On His Daughters

We spoke to Joe exclusively today to get his reaction to the news that his children, whom he hasn’t seen in months, would not be visiting him.

“In the end, while we all hurt, I’m the one truly missing out,” Joe began with sharing.

“I miss seeing their beautiful faces,” Joe continued. “I have so much to show them in Italy. This summer was supposed to be US TAKING ON ITALY!”

Joe added that “I’m very sorry I can’t experience the privilege of taking that journey with them, though under circumstances we all must do our part. We do realize this as a family and it surely breaks our hearts not to see each other in person. We speak and FaceTime every day at end safety is Teresa and my first priority as we co-parent.”

Understandably, though, Joe is still solemn about the news, as he elaborated that t “I was very thrilled to come [to the] new place in Salerno just [a] couple [of] days ago. I really wanted my girls to see the progress I made on [their[ grandfather’s house. This means a lot to me.”

“I wanted to really appreciate and explore this place with my girls,” Joe added. 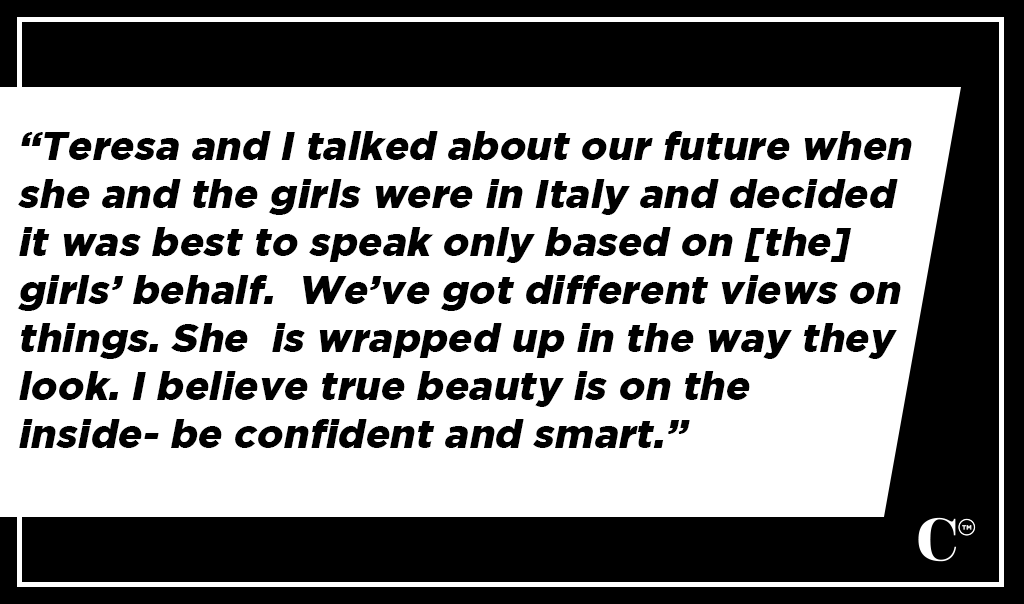 When asked if he feels like Teresa is keeping the kids from seeing him, though, Joe was very candid that this is not the case.

“Teresa can’t open borders,” Joe joked with us. “[And] the borders are closed due to corona.”

Joe wrapped with telling us that, “Teresa and I talked about our future when she and the girls were in Italy and decided it was best to speak only based on [the] girls’ behalf.  We’ve got different views on things. She is wrapped up in the way they look. I believe true beauty is on the inside- be confident and smart.”

“We love our girls equally and [there are] no hard feelings,” Joe added.

While this is definitely a sad time for the world, it’s easy to appreciate how hard it must be for him to be that far from his children and not be able to see them. As each day passes, hopefully, we can get closer to a vaccine and/or cure for this horrible pandemic so that the world can slowly start to return to normal, and families can be brought back together.