Get ready to have your hearts burst, people, because Joe Jonas just professed his love for Sophie Turner in a 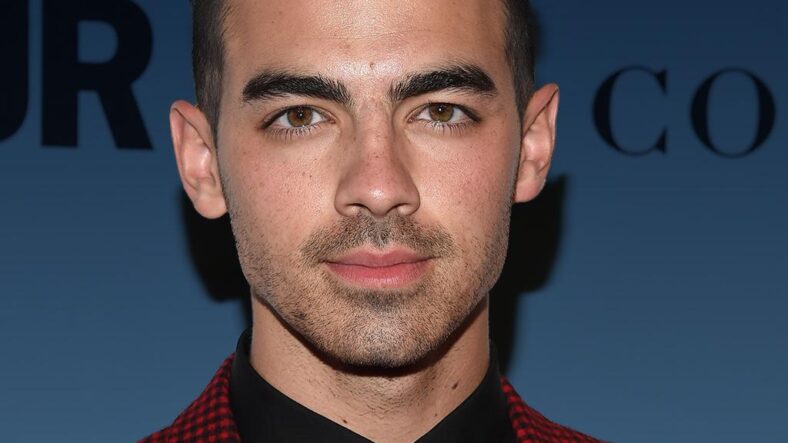 Get ready to have your hearts burst, people, because Joe Jonas just professed his love for Sophie Turner in a major way! That’s right, the Jonas Brothers member got his wife’s eye seemingly tattooed onto the back of his neck — wow, talk about a major statement!

Tattoo artist Nal shared a picture of Jonas’ new body art to his Instagram account on Tuesday, October 13, and naturally, fans couldn’t stop talking about it. The intricate ink design shows a key hole with what appears to be the Game of Thrones star’s eye peeking through.

So sweet! And it turns out, this isn’t the only tattoo that the singer has for Turner. Oh, and did we mention that he also has a few dedicated to his brothers, Kevin and Nick Jonas? Wondering what all of Jonas’ ink designs mean? Not to worry, people, because we broke them all down for you.

A Rope On His Arm 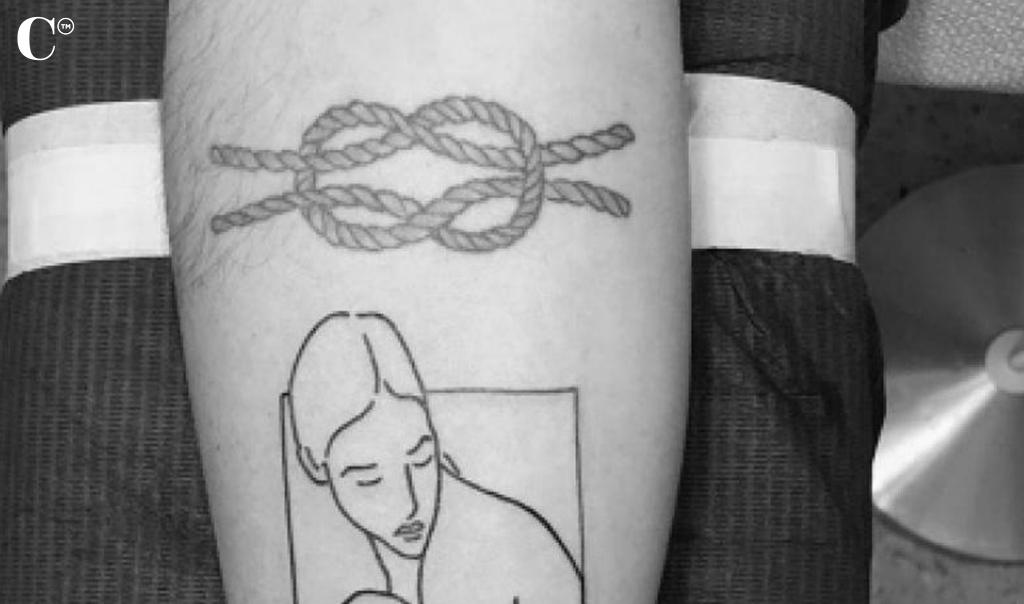 Being Jonas’ first tattoo, it’s only fitting that this one has a super special meaning behind it. It turns out, it’s an ode to his family!

A Portrait Of His Late Dog On His Arm

After Jonas and Turner’s dog, Waldo Picasso, tragically passed away (after being hit by a car) in July 2019, the two stars both got matching tattoos of his face. Now, he’ll be a part of them forever!

‘To Infinity’ On His Wrist 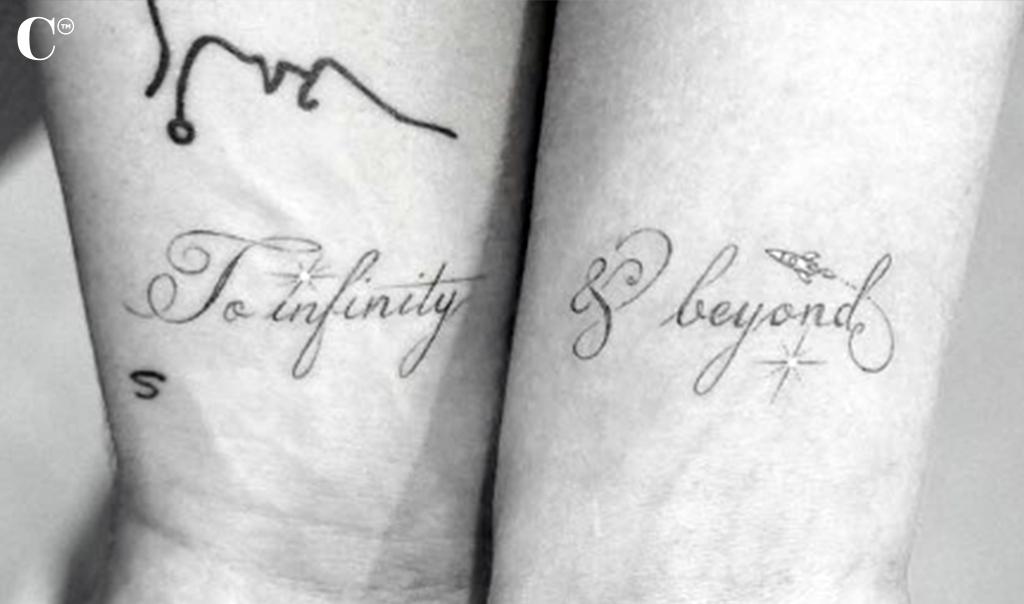 The 31-year-old got the words “To Infinity” inked onto his wrist in October 2018. And get this — his wife got the words “And Beyond” tattooed on her in the exact same spot! How cute is that?!

The Letter ‘S’ On His Wrist

Right underneath that, he has a small tattoo of the letter “S,” which is the initial of Turner’s first name. She has his initial, “J,” in the same spot on her wrist too.

The Number 15 On His Finger 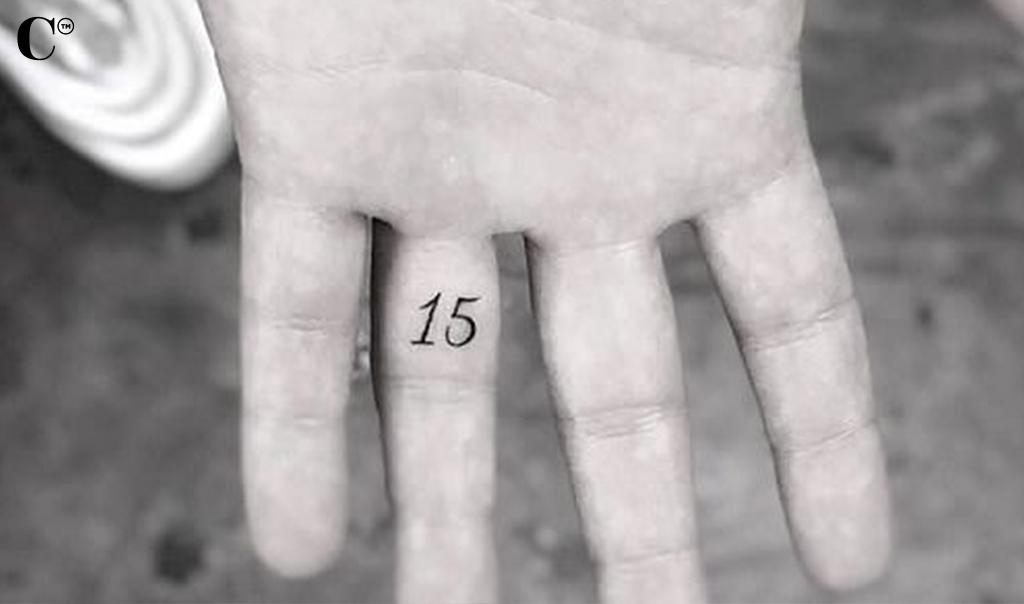 The number 15 on Jonas’ finger symbolizes the day he proposed to Turner! He asked her to marry him on October 15, 2017.

Three Faces On His Arm

Jonas debuted this new tattoo on October 5, 2020. It shows three faces on his arm, and it seems to symbolize the saying, “See no evil, hear no evil, speak no evil,” since one of them has their mouth covered, one has their eyes covered and one has their ears covered.

Six Faces On His Arm 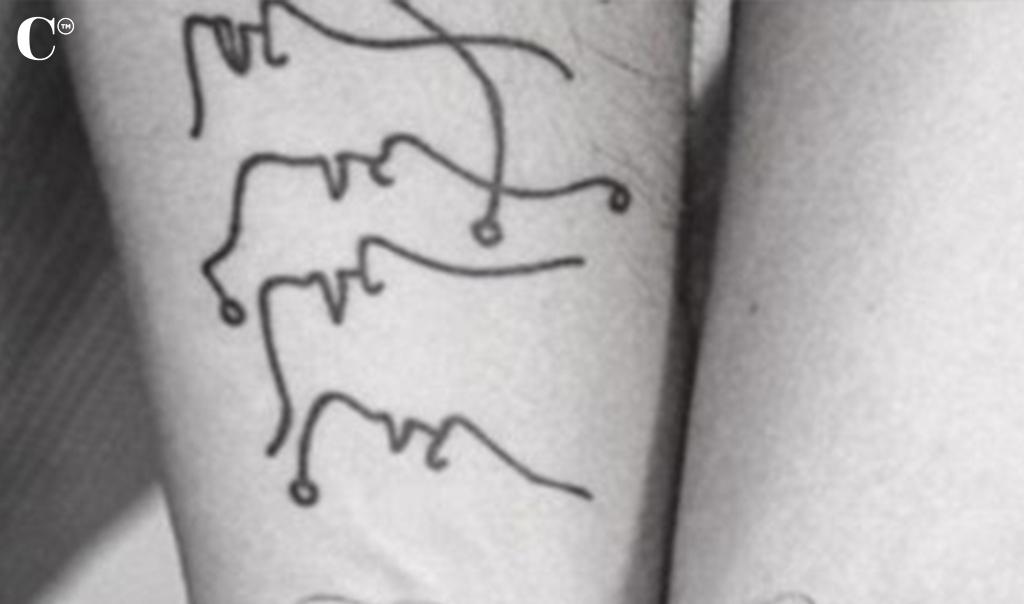 The singer has the outline of six faces tattooed on another spot of his arm, and they’re said to represent all the members in his family!

An Axe On His Wrist

The star got an axe tattooed onto his arm in April 2018. It’s unclear what the meaning behind this one is, but it’s super cool, if you ask us.

A Face And A Bird On His Arm 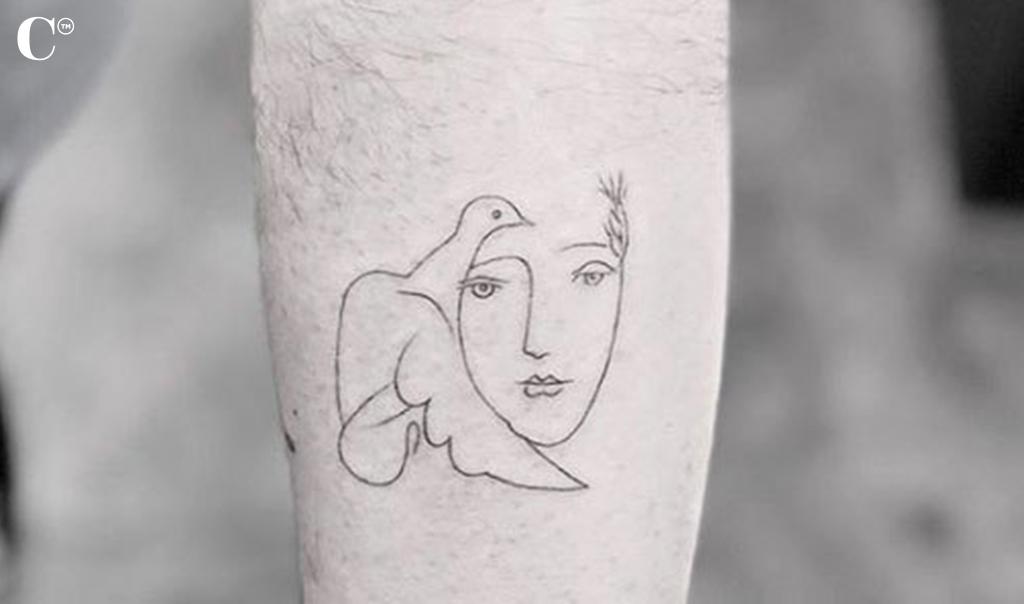 This ink design is actually of a painting from Pablo Picasso! He got it in April 2018, and it’s believed to be an ode to his love of art. It seems like he is definitely a big fan of the famous artist, we mean, he even named his dog after him.

A Dove’s Head On His Arm

Jonas also has an outline of a dove’s head on his arm. Traditionally, doves represent purity, gentleness, devotion, beauty and faith.

Lyrics On His Arm 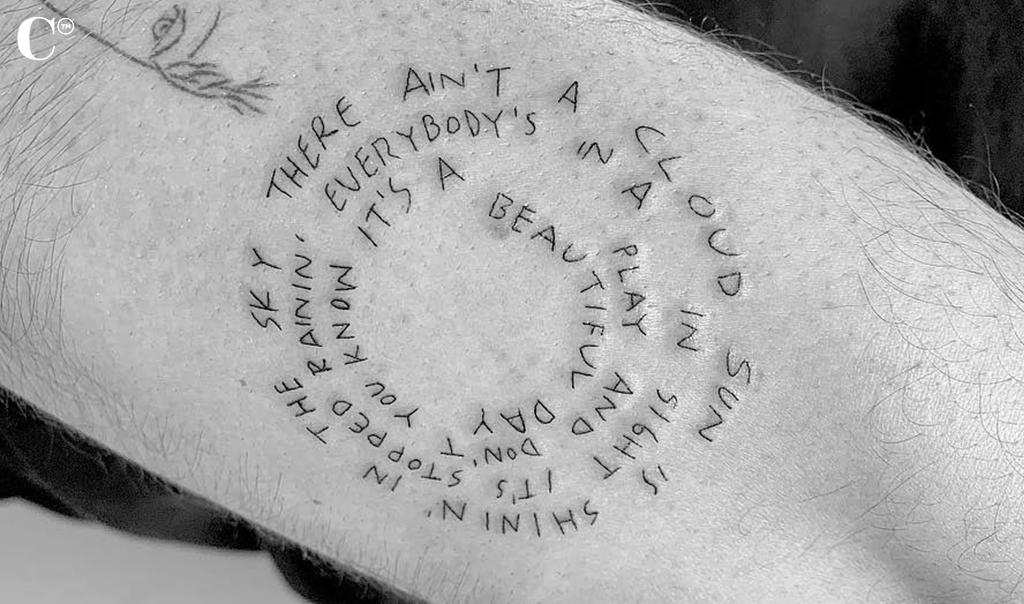 The pop star added a tattoo of lyrics from the song “Mr. Blue Sky” by British rock group Electric Light Orchestra to his collection in January 2019. The lyrics read, “Sun is shinin’ in the sky. There ain’t a cloud in sight. It’s stopped rainin’ everybody’s in a play. And don’t you know It’s a beautiful day.”

Another Bird On His Arm

It’s clear that Jonas loves birds! He added another tattoo of the flying animal to his arm in August 2018.

A Crown On His Arm 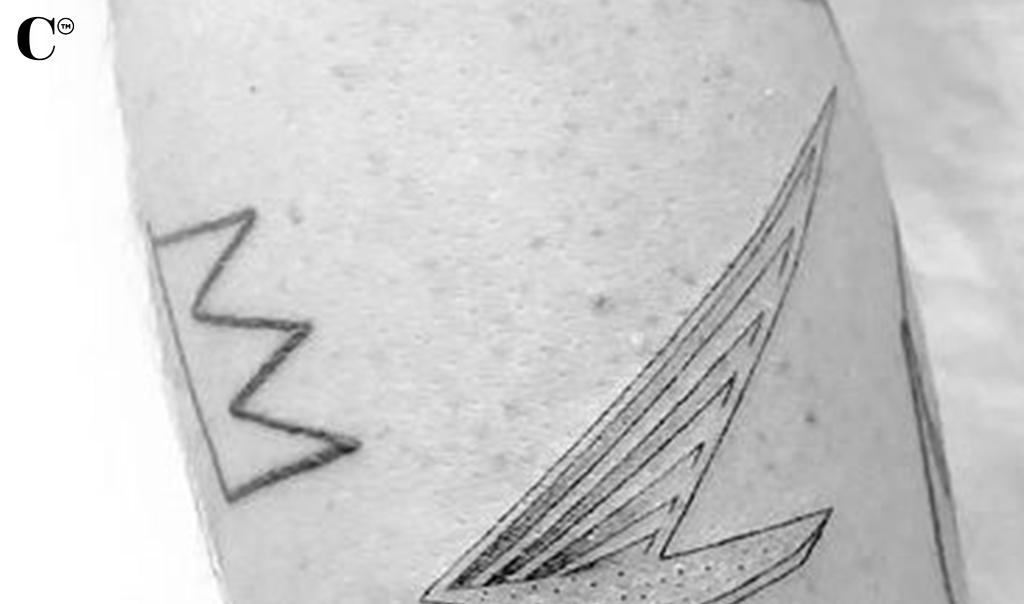 Right next to the bird, Jonas got a small outline of a crown tattooed onto his arm. As fans know, crowns are worn by kings, and usually symbolize power and dignity.

A Woman Sitting On His Arm

Despite many people thinking that this tattoo was an ode to Turner, he shut those rumors down.

“There’s a lot of speculation of who or what it is. It’s quite funny and a little disappointing probably for a lot of fans of my fiancée that it’s really just a picture of nothing,” he explained to 9TheFix at the time.

He also told them that the tattoo artist had already drawn it, and he thought it was so cool he decided to get it inked onto his body right then and there!

A Piece Of Cake On His Arm 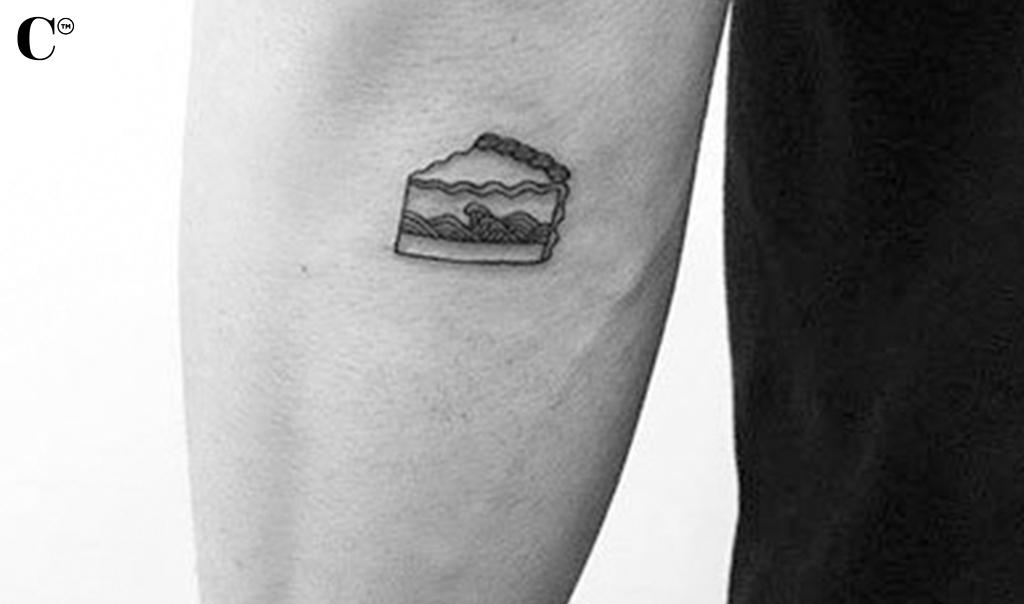 While the Jonas Brothers were on a hiatus, the musician formed another band called DNCE. They released a song called “Cake by the Ocean,” and Jonas got this tattoo in June 2016 to commemorate its success.

‘The Persistence Of Memory’ Painting On His Shoulder

Jonas has one of Salvador Dali‘s paintings, called “The Persistence of Memory,” tattooed onto his shoulder.

African Symbol On His Arm 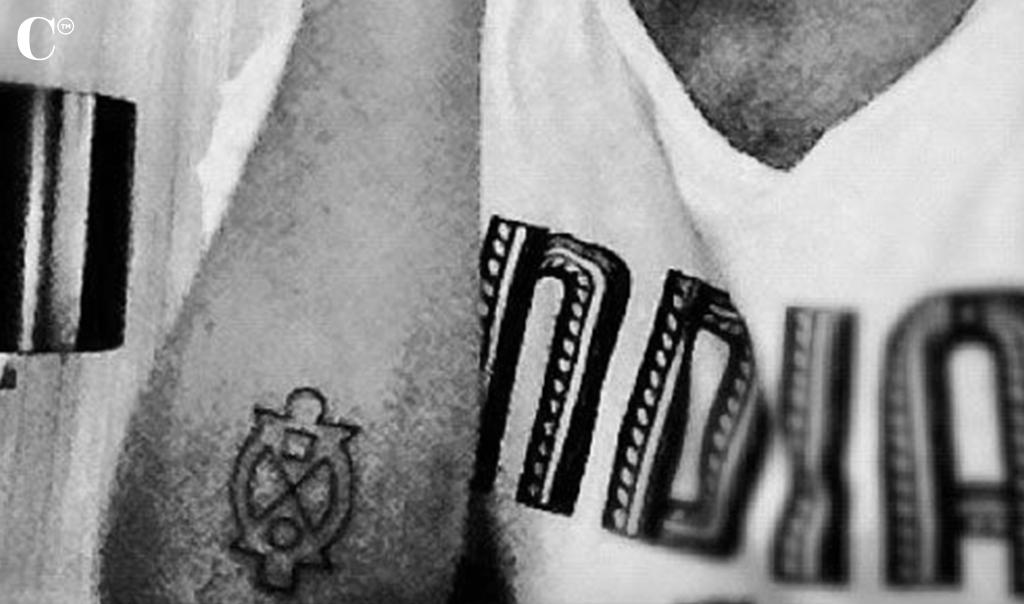 This tattoo was added to his collection in October 2012. It means, “Help me and let me help you,” and some fans believe it is an ode to the charity work he did in Africa right before getting it.

A Triangle With A Hand On His Arm

“I’ve always been attracted to the number three. It’s got three points, I’ve got three brothers,” Jonas told Rolling Stone about this tattoo, which he got in March 2016. “Another important thing is the hand — it’s an open hand, a female hand. It’s giving, like Mother Nature.”

His Grandfather On His Arm 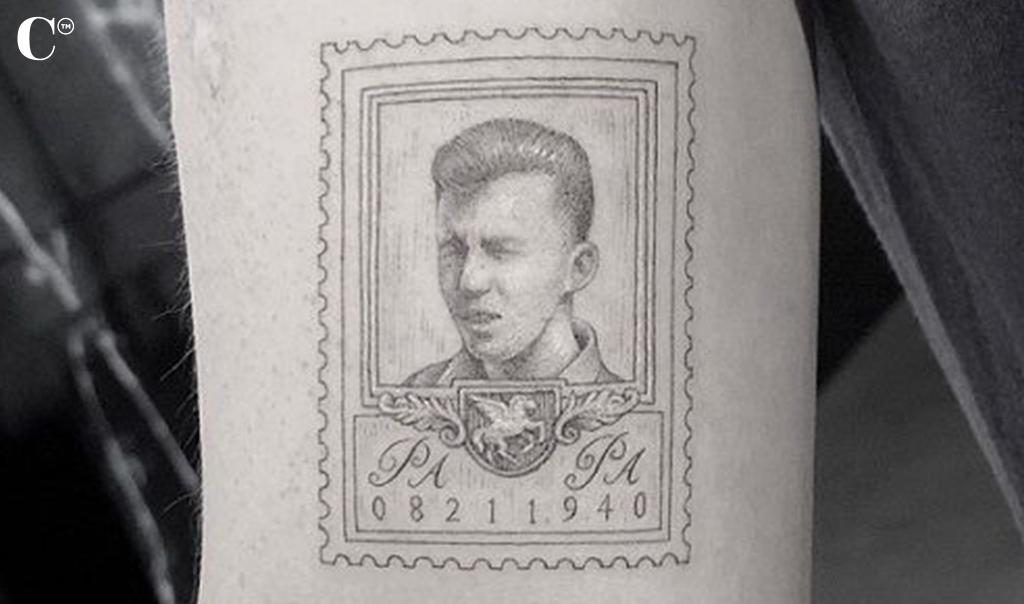 The former Disney star got a portrait of his grandfather tattooed onto his arm in July 2018!

A Heart And An Arrow On His Arm

The “Sucker” crooner and his brother, Nick, got matching tattoos of arrows on their arms in September 2016. A few years later, he added a heart around it. It’s clear that his family really means a lot to him!